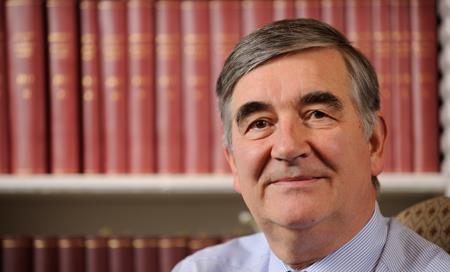 Simon Thorley QC
Practice Area
Simon Thorley has an extensive intellectual property practice, particularly in the field of chemical and biotechnology patents but extending to cover all other patent matters, passing off, infringement of trade marks, copyright and designs and breach of confidence. He also advises on EEC law relating to intellectual property and in technical commercial disputes. In addition to his work in the UK, he has appeared in the European Court of Justice, the European Patent Office, the High Court of Ireland and in Hong Kong. Appointments
Master of the Bench of the Inner Temple 1999 Treasurer of The Inner Temple 2013 Deputy High Court Judge 1998 Deputy Chairman Copyright Tribunal 1998-2006 Appointed Person for Trade Mark Appeals 1996 -2003 Chairman I.P. Bar Association 1995-1999 Member of the Bar Council 1995-1999 Member IP Bar Association, Chancery Bar Association and AIPPI Education
Keble College, Oxford (M.A. Jurisprudence) 1968-1971. Called to the Bar of England and Wales 1972 Legal Directory Comments
Ranked as a “Star Individual” by Chambers & Partners who said:
2014 There are few more experienced IP Barristers at the Bar, as he has 24 years as a silk
under his belt. He deploys this experience in biotech and pharmaceutical patent cases,
although he also undertakes a wide array of patent and trade mark and design right matters.
Expertise: “The Best advocate at the patent Bar”. “He has a manner with people that’s
perfect and has a very, very good sense of what’s going to win.”
2013 Simon Thorley QC is a “leading light of the senior IP Bar, respected by judges and
opposing lawyers alike.” He is lionised in all quarters for his magisterial track record handling
heavyweight patent matters. In particular he has won much respect for his battles concerning
pharmaceuticals and life sciences giants.
2012 Simon Thorley QC can justifiably be considered an elder statesman of the IP Bar, and
he remains the barrister of choice for the most significant litigation. He is a “fantastically
smooth performer,” and “a brilliant client handler who is masterful presence in court.”

INTERNATIONAL TENNIS FEDERATION TENNIS ANTI-DOPING PROGRAMME DECISION IN THE CASE OF KRISTINA ANTONIYCHUK Admission of an anti-doping rule violation Ms Antoniychuk has admitted that furosemide was present in the urine sample collected from her on 22 February 2010 at the 2010 Abierto Mexicano TELCEL presentado por HSBC Event held in Acapulco, Mexico (the “Acapulco Event”). Furosem