MPMI Vol. 13, No. 12, 2000, pp. 1356–1365. Publication no. M-2000-1002-01R. 2000 The American Phytopathological Society Restriction Enzyme-Mediated Integration
Used to Produce Pathogenicity Mutants
of Colletotrichum graminicola
M. R. Thon, E. M. Nuckles, and L. J. Vaillancourt
Department of Plant Pathology, S-305 Agricultural Sciences Center-North, University of Kentucky, Lexington We have developed a restriction enzyme-mediated inser-
pathogenic fungi (Kahmann and Basse 1999; Maier and tional mutagenesis (REMI) system for the maize pathogen
Shäfer 1999). In a REMI transformation, a restriction enzyme Colletotrichum graminicola. In this report, we demonstrate
is introduced into the transformation mix. By a process that is the utility of a REMI-based mutagenesis approach to iden-
poorly understood, the enzyme gains access to the genomic tify novel pathogenicity genes. Use of REMI increased
DNA in the nucleus of the transformation recipient and intro- transformation efficiency by as much as 27-fold over
duces double-stranded breaks at its recognition sites. These transformations with linearized plasmid alone. Ninety-
breaks are recombinogenic with the transforming plasmid nine transformants were examined by Southern analysis,
DNA that has been linearized with the same restriction en- and 51% contained simple integrations consisting of one
zyme. In theory, integration of plasmid DNA into a gene at a copy of the vector integrated at a single site in the genome.
restriction site will cause a mutation, and that mutation will be All appeared to have a plasmid integration at a unique
site. Sequencing across the integration sites of six trans-
The REMI technique is similar to transposon tagging tech- formants demonstrated that in all cases the plasmid inte-
niques that are available for other organisms and offers some gration occurred at the corresponding restriction enzyme-
of the same advantages. A restriction enzyme that does not cut recognition site. We used an in vitro bioassay to identify
within the integrated plasmid can be used to rescue it, along two pathogenicity mutants among 660 transformants.
with some of the flanking genomic DNA, creating a plasmid Genomic DNA flanking the plasmid integration sites was
that will replicate in Escherichia coli. The flanking DNA can used to identify corresponding cosmids in a wild-type
be sequenced and used to isolate cosmids or plasmids from a genomic library. The pathogenicity of one of the mutants
library, and the rescued plasmid can be introduced back into was restored when it was transformed with the cosmids.
the recipient organism where homologous recombinationshould recreate the original mutant phenotype, confirming that Additional keywords: anthracnose leaf blight, anthracnose the tagged gene is important for a given function.
stalk rot, corn, Glomerella graminicola.
We initiated a REMI mutagenesis project with the goal of identifying genes that play important roles in establishing Colletotrichum graminicola (Ces.) G.W. Wils. causes an- and/or maintaining pathogenic infections of C. graminicola in thracnose stalk rot and anthracnose leaf blight in maize. These maize stalks. Using a bioassay for pith colonization and ne- diseases have become increasingly prevalent in the United crosis, we screened 660 REMI transformants and identified States during the last 25 years. Anthracnose stalk rot is the two strains that had reproducible pathogenicity defects in vi- most damaging of the two disease phases, and it is considered tro. These strains also had markedly reduced aggressiveness to to be one of the most common and economically important of maize stalks and leaves in vivo. At least one of the mutations the fungal stalk rots of maize (White 1999). Despite the fact is likely to have been caused by the integration of the trans- that C. graminicola is an ubiquitous pathogen with significant forming plasmid, a conclusion that is based on our ability to destructive potential (Bergstrom and Nicholson 1999), little is complement the mutant with cosmid DNA isolated from a known about the fungal characters that are important for library by using rescued genomic DNA flanking the integrated pathogenicity and aggressiveness of C. graminicola on maize by using plasmid as a probe. This work establishes the feasi- bility of a REMI approach for isolating pathogenicity mutants Random mutagenesis studies historically have been effec- tive for investigations of complex biological processes such aspathogenicity. A transformation technique known as restric- tion enzyme-mediated integration of plasmid DNA, or REMI, REMI increased the transformation efficiency
can be used to generate random insertional mutations in plant of C. graminicola up to 27-fold.
The type of plasmid (circular or linear) and the type and Corresponding author: L. J. Vaillancourt; Telephone: +1-859-257-2203; amount of restriction enzyme have been reported to affect the 1356 / Molecular Plant-Microbe Interactions 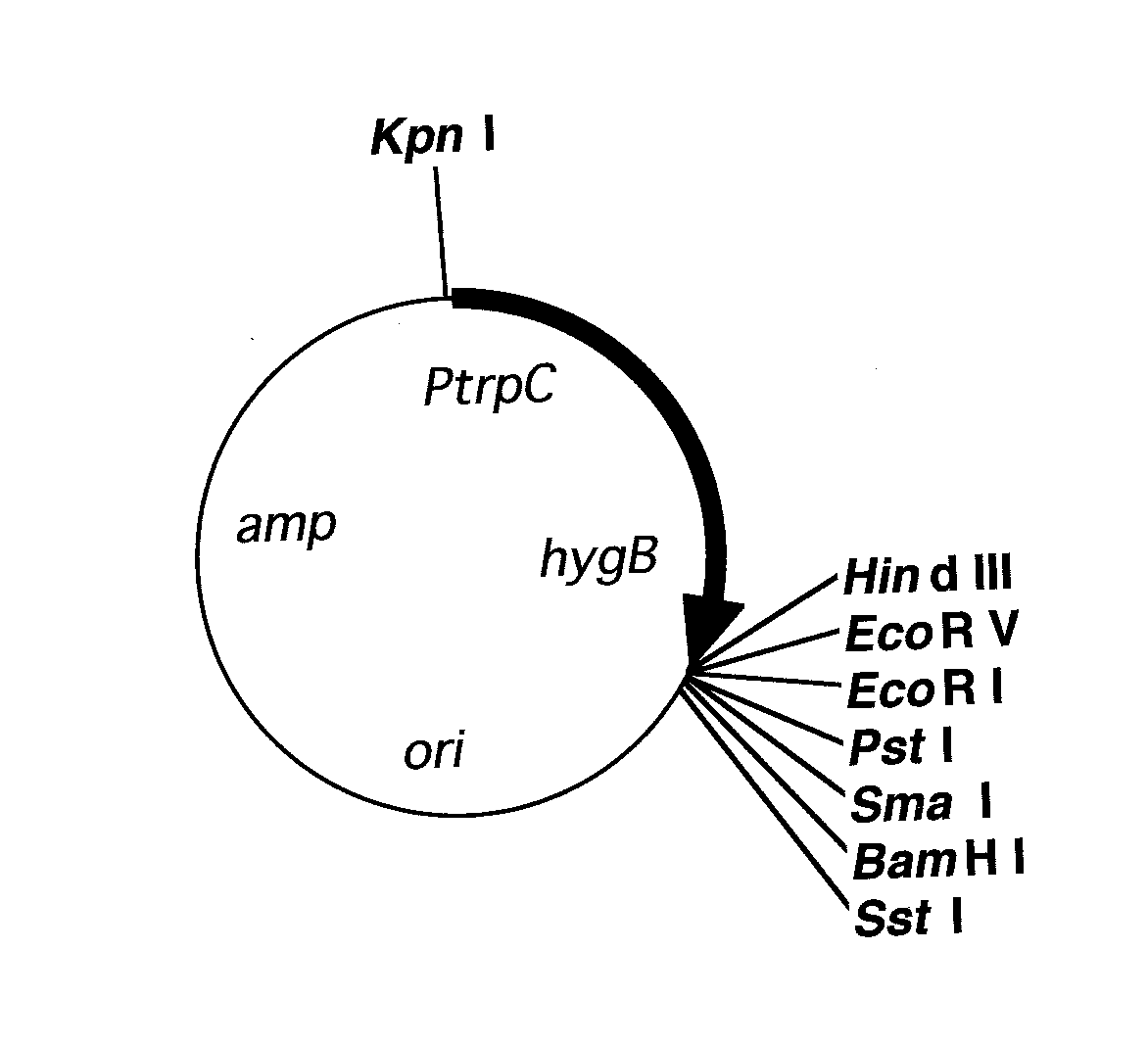 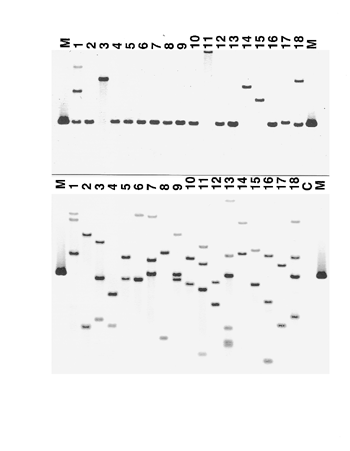 Serial dilutions of treated protoplasts in polyethylene glycol ous enzyme combinations (Table 3 and Fig. 2). Of the 99 (PEG) solution were plated in regeneration agar without hy- transformants, only 18 contained classic REMI integrations in gromycin. After incubation at room temperature for 3 days, which a single copy of the plasmid was inserted with the re- the number of colonies on each dilution plate was recorded.
striction sites present at both plasmid and genomic DNA We found no significant differences in the number of colonies junctions (type A) (Fig. 3A). Thirty-two others had single- after treatment with 0, 20, 40, or 60 units of EcoRI, BamHI or copy integrations in which one or both of the restriction sites at the plasmid–genomic DNA junctions had been lost (type B)(Fig. 3A). The remaining 49 transformants had multiple, dis- More than half of the REMI transformants analyzed
persed integrations; tandem integrations at a single locus; had single-copy integrations of the plasmid DNA.
some form of rearrangement of the integrated plasmid; or a We used Southern hybridization analysis to examine 99 combination of these (type C) (Fig. 3A). Each of the 99 trans- randomly selected transformants that were generated by vari- formants had a unique restriction pattern, indicating that eachcontained a plasmid integration at a different site. The specificenzyme used for the transformation did not significantly affectthe proportion of type A, B, or C transformants that were re-covered (Table 3). It is notable, however, that none of the 32transformants produced by a linearized plasmid or mis-matched enzymes contained type A integrations.
Fungal genomic DNA flanking integrated plasmids
could be rescued.
The most desirable integration event for subsequent analy- sis is to insert one copy of the plasmid at a single, randompoint in the genome (type A or B). Such integrations are com-paratively simple to recover with a restriction enzyme thatdoes not digest the plasmid DNA. Fifty-one percent of thetransformants that we generated were of this type. The remain-der contained complex integrations (type C) that are less easy toanalyze genetically and, reportedly, difficult to rescue (Kahmannand Basse 1999). Typically mutants with complex integrationsare discarded and more tractable mutants are sought. We identi-fied three type C transformants with very interesting pheno-types, however, which we were reluctant to abandon, so weattempted to rescue these more complex integrations.
Southern hybridization analysis indicated that each trans- formant contained several tandemly arranged copies of thetransforming plasmid at a single locus. Plasmid rescue at- Fig. 2. Southern hybridization of transformants derived from restriction
tempts using MluI or BglII, enzymes that do not cut within the enzyme-mediated integration of plasmid DNA using PstI (lanes 1 to 8) vector, resulted in plasmids that contained complex rear- or BamHI (lanes 9 to 18). Lanes labeled M contain linearized pCB1636 rangements or deletions of portions of the original transform- (4.3 kb), which was used as a size marker. Genomic DNA in the upper ing plasmid. Southern blots indicated that these rearrange- blot was digested with either PstI (lanes 1 to 8) or BamHI (lanes 9 to18). DNA in the lower blot was digested with KpnI. Both blots were ments were not present in the genomes of the transformants, probed with pCB1636. Plasmid integrations were interpreted as follows: which means they probably occurred during replication of the type A, 2, 4, 5, 6, 8, 10, 12, 17; type B, 14; type C, 1, 3, 7, 9, 11, 13, 16, rescued plasmids in E. coli. We then employed a strategy to 18. Transformants 1 and 18 have multiple, dispersed integrations, indi- recover the two flanking regions separately. Genomic DNA cated by the presence of multiple bands (left). Transformants 7, 9, and13 have tandem integrations, indicated by the 4.3-kb band (the same size from each type C transformant was digested with enzymes as pCB1636) present for these transformants (right).
that contained single recognition sites in the vector (Fig. 3B).
Table 3. Plasmid integration events that occurred using various plasmid–restriction enzyme combinations
Type of integration
Plasmid treatment
Enzyme used in transformation
Transformants assayed
a Type C transformants are subdivided into those with tandem integrations (Ct) and those with multiple integrations (Cm).
1358 / Molecular Plant-Microbe Interactions 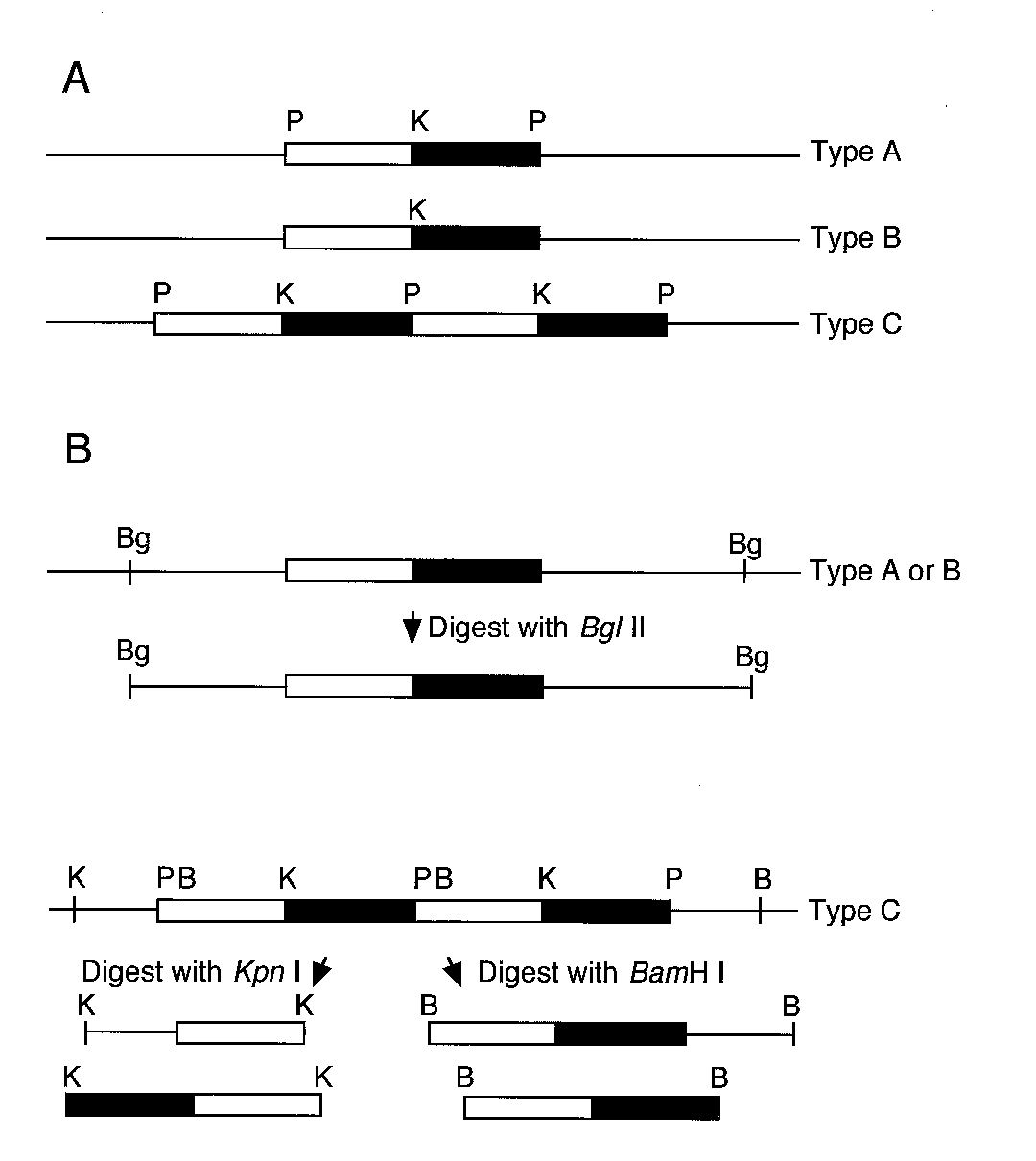 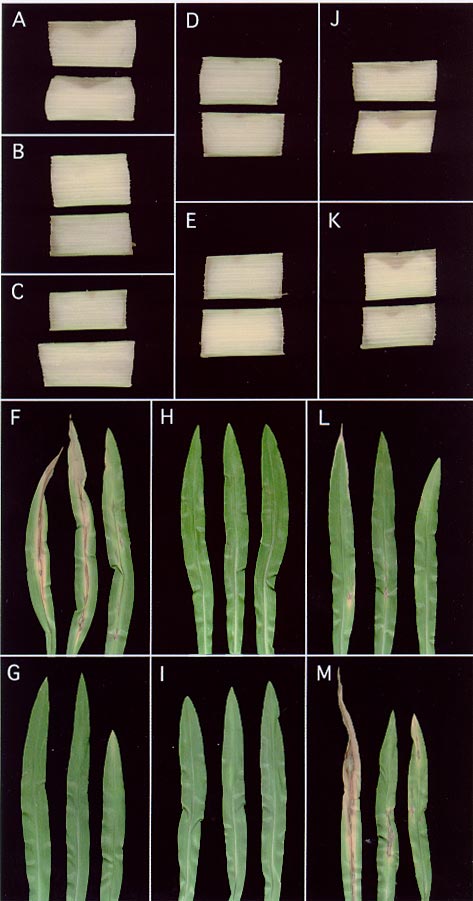 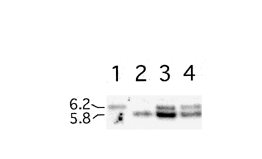 1. The average time it takes for a person to experience pain relief from aspirin is 25 minutes. A new ingredient is added to help speed up relief. Let µ denote the average time to obtain pain relief with the new product. An experiment is conducted to verify if the new product is better. What are the null and alternative hypotheses? (a) H 0 : µ = 25 vs. Ha : µ 25 (GO TO 2) (b) H