MD Consult - ATOMOXETINE AND TICS IN ADHD - Journal of the Am.
http://www.mdconsult.com/das/article/body/397202148-6/jorg=journal&.
Use of this content is subject to the Terms and Conditions ATOMOXETINE AND TICS IN ADHD
Journal of the American Academy of Child and Adolescent Psychiatry - Volume 43, Issue 9 (September
2004) - Copyright 2004 American Academy of Child and Adolescent Psychiatry
DOI: 10.1097/01.chi.0000132833.12842.4e
Letters to the Editor
To the Editor:
Atomoxetine is a nonstimulant medication shown to be efficacious in the treatment of attention-deficit/hyperactivity disorder (ADHD).
There have been no reports to date of tics being precipitated or exacerbated by atomoxetine. We report four patients with ADHD whohad developed tics on stimulants and in whom tics reappeared or were exacerbated on atomoxetine. Moreover, the tics resolved orabated significantly when atomoxetine was discontinued. The possibility of tics as an adverse effect of atomoxetine may also shed lighton the neurochemical systems involved in patients with comorbid ADHD and tic disorders.
The first patient is a 9-year-old adopted boy with unknown family history and no history of tics. He was first diagnosed with ADHD,combined type, in March 2002 and treated with methylphenidate and then with Adderall (amphetamine/dextroamphetamine) anddextroamphetamine. Upon starting medications, he developed motor tics that ceased upon discontinuation of treatment. He remainedmedication free for 6 months. Because of the persistence of ADHD symptoms, he was started on atomoxetine at 10 mg every morning inJune 2002, and the dose was increased to 20 mg every morning after 1 week. Within a few days of the dose increase, he developedmotor tics consisting of rapid, severe eye blinking, similar to those he developed previously on stimulants. There were no vocal tics.
The medication was stopped, and the tics ceased within 1 to 2 days. He was then started on guanfacine, on which his ADHD is wellcontrolled, and there has not been a recurrence of tics for more than a year.
The second patient is a 14-year-old white boy diagnosed with ADHD, predominantly inattentive type. He developed an eye-blinkingmotor tic on Concerta (methylphenidate), which was discontinued. He was then started on atomoxetine 20 mg q.d.; however, the eyeblinking worsened, and he started developing a vocal tic of severe bouts of throat clearing. After a few days, atomoxetine wasdiscontinued, the vocal tics resolved, and eye blinking diminished. He is currently on guanfacine with only mild eye blinking persisting.
The third and fourth patients are both boys, 9 and 15 years old, with histories of chronic tic disorder and ADHD. They had alsoexperienced tic exacerbations on stimulants. For the 9-year-old, within a month of starting atomoxetine up to 18 mg q.d., he developeddramatic vocal tics and increased motor tics accompanied by irritability, anxiety, dysphoria, compulsive finger picking, and obsessionalruminations, whereas he only had facial tics when not on medication. For the 15-year-old with Tourette’s syndrome, within 5 days ofbeginning atomoxetine at 10 mg q.d., he developed a very marked increase in tics, impulsivity, and fatigue. The tics and associatedsymptoms diminished when atomoxetine was stopped in both patients.
Stimulant medications have been the mainstay of treatment of ADHD. However, they are associated with appetite loss, headaches,gastrointestinal symptoms, irritability, dysphoria, and insomnia. Although controversy exists about its prevalence, precipitation andexacerbation of tics are potential adverse effects in a small number of children ( King et al., 2002 ). There has been a continued searchfor nonstimulant medications. Atomoxetine, a nonstimulant, noncontrolled drug has been reported to be efficacious in the treatment ofADHD ( Michelson et al., 2002 ). It acts as a potent inhibitor of the presynaptic norepinephrine transporter (Ki 4.5 nmol/L) with minimalaffinity for other noradrenergic receptors or other neurotransmitter systems. Side effects include decreased appetite; upset stomach,nausea, or vomiting; and tiredness; tics were not listed as a potential side effect ( Wernicke and Kratochvil, 2002 ). McCracken et al.
(2003) found that atomoxetine up to 1.5 mg/kg per day did not increase tic severity in 76 children with comorbid ADHD and ticdisorder.
The apparent ability of atomoxetine to precipitate or exacerbate tics provides insights into possible neurochemical pathways involved intic disorders. Dopaminergic, serotonergic, and noradrenergic systems have all been implicated in Tourette’s syndrome ( Leckman andCohen, 1999 ). Noradrenergic involvement is further suggested by the stress sensitivity of tics ( Leckman and Cohen, 1999 ) and thetherapeutic effects of the presynaptic α2 -adrenergic agonists. It might be speculated that atomoxetine, acting as a potent inhibitor of thepresynaptic norepinephrine transporter, may increase the synaptic norepinephrine in such a way that tics are precipitated or exacerbatedin a predisposed patient. 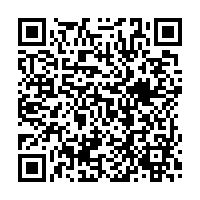