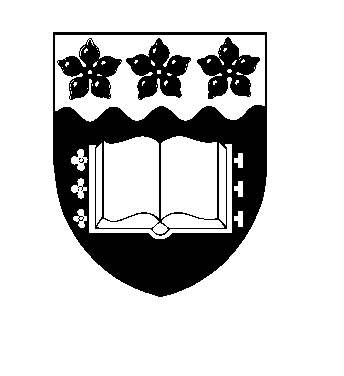 98 Eugene Volokh, Sovereign Immunity and Intellectual Property, 73 Southern California Law Review 1, 2000
99 Peter S. Menell, Economic Implications of State Sovereignty from Infringement of Federal Intellectual Property Rights, 33 Loyola of Los Angeles Law Review 1399 (2000) 100 See Report of the Appellate Body in India-Patent Protection for Pharmaceutical and Agricultural Chemical Products, WT/DS50/AB/R adopted on 16th January 1998, para 45; See Daya Shanker, Vienna Convention, supra note Conclusion
Public non-commercial use in Article 31 of the TRIPS Agreement became a contentious issue when a group of social workers made an application before the Korean Patent Office to issue compulsory licence under public non-commercial use for Gleevec a medicine the patent of which is held by Novartis. The objection to this application was not filed either by Novartis or by PhRMA but by two individuals claiming to be experts in the TRIPS Agreement. The objection was on the ground that a compulsory license is to be issued only for individual cases, the proposals at the time of the TRIPS negotiations submitted by the EC and reproduced by Switzerland as constituting the preparatory documents for interpretations of the term public noncommercial use and the assertion that the public non-commercial use is confined only to the legitimate government use such as sending space shuttle to the moon and defense and the production of medicines is not part of the legitimate government function. The last assertion is not The analysis in this article suggests that the proposals from one or two nations during the international treaty negotiations do not constitute travaux preparatoires and in the context of the WTO and the TRIPS Agreement, there has been no preparatory document at all as the most contentious and politically sensitive issues in the WTO were settled orally in small meetings and no consistent record has been kept for these discussions. For these reasons, then Chairman Ambassador Julio Lacarte decided not to keep any negotiating history and insisted that all trade offs had to be made in the text of the agreement itself. The concept of legitimate expectation was never part of the TRIPS Agreement as per the Appellate Body Report in India-Patent Protection and when it would be made applicable, it would be meant only for non-violation disputes. Public non-commercial use was incorporated in the TRIPS Agreement in the Brussels Draft and it neither eliminates profitability completely nor is confined to the use by the government. Even if it is accepted that public non-commercial use is to be used only for legitimate government functions, the government use is not limited to defense and space program as insisted by Gorlin as even in the UK Patent Act, it is specifically mentioned that the use of crown is to provide medicines. The issue of public non-commercial use in Korea apparently enjoined the pharmaceutical industry to change the strategy to avoid public relations disaster by not filing objection opposing the compulsory licensing directly but use the services of their sympathizers to bring in the arguments, The affidavit of Jacques Gorlin in particular appears to have been used to convey the displeasure of the USTR and the US objection to convert the Doha Declaration as an aberration in international treaty negotiations. The fact that the Korean Patent Office rejected the application without discussing the issue of public non-commercial use suggests that Western pharmaceutical industries succeeded in introducing limitations in the TRIPS Agreement where it is not there.

PARS, OTC & BRAND NAME DRUGS - PUBLIC Trusting that you will find a nugget or two of wisdom that addresses your situation and gives you another resource, a piece of information, or hope to hang onto. An opinion by posters or references in this document to any specific product, service, therapy or company does not constitute a recommendation by Parent to Parent of Colorado. Information/advice

Shelanti Function and Conference Venue Enquiries: Professional assistant – Vera Schoombee 263 Jean Avenue Centurion Website: www.shelantigarden.co.za “The Magic of Memories” Shelanti is located in the heart of Centurion with its Country Side atmosphere. Be assured of our personal attention to make your memorable event a trouble free day. We wil