http://www.forbes.com/2009/06/03/hard-jobs-fill-leadership-careers-em.
Careers
The 10 Hardest Jobs To Fill In America
Tara Weiss, 06.03.09, 6:00 PM ET
For the second year in a row, engineer is the hardest job to fill in America.
Why are engineers so hard to find? "We have whole generations of people loving liberal arts, not going into science and math," saysLarry Jacobson, executive director of the National Society of Professional Engineers.
Other professions on the staffing firm Manpower's list of the 10 hardest jobs to fill in the U.S.: information technology staffer, nurse,machinist and teacher. The survey of 2,019 employers was done in the first quarter of 2009.
It might be hard to believe that any employer is struggling to fill positions, since the unemployment rate reached 8.9% in April, up from5% a year before. But the Manpower survey found that employers are having a very hard time filling jobs for skilled workers in specificniches. Geography plays a significant role too. While teachers, nurses, engineers and machinists are in short supply in one area, it mightbe tough to find a job in those professions elsewhere.
"The overall unemployment rate is a killer," says Jonas Prising, Manpower's president for the Americas. "To see something better, youhave to look at specific jobs." In Pictures: The 10 Hardest Jobs To Fill In America
It is definitely an employers' market, broadly speaking. In 2006, 44% of U.S. employers surveyed reported having a hard time filling jobs;this year, only 19% did. Still, Jacobson anticipates a shortage of engineers into the foreseeable future. There are several reasons. First,the federal stimulus program is hastening the rebuilding of America's highways, bridges and tunnels, and the refitting of buildings to bemore sustainable, which is making the demand for engineers soar. Also, the demand for new sustainable energy sources such as windfarms is increasing too. Meanwhile, the profession's most experienced workers are retiring in droves.
"Companies are looking to replace more than half of their engineers over the next eight years, because baby boomers are retiring,"Jacobson says. "When you have 80,000 engineers working for you, as Lockheed Martin does, that's a lot of jobs." He says that even ifevery single seat in the nation's engineering schools is filled, that's only 75,000 engineers being trained annually. That won't come closeto making up the shortage. Engineering is a field that requires years of experience before you take on major responsibility. It's one thingto learn the theory of building a bridge or a tunnel in school, but it's quite another to have decades of work at it behind you.
Also, any government-funded project--including ones resulting from the stimulus package--requires an engineer to have passed the testto get a professional engineering license. Only one in 10 engineers has that advanced-level document, Jacobson says.
Those who do become engineers find they're in a lucrative field that doesn't require as much schooling as say, being a doctor or alawyer. Beginning engineers need only an undergraduate diploma. Salaries vary based on specialty and degree. The average startingsalary for a civil engineer with a bachelor's in 2007, the latest figures from the Bureau of Labor Statistics, was $48,509; forenvironmental engineers, it was $47,960; for petroleum engineers, $60,718; and mechanical engineers, $54,128. Those who attend oneof the top engineering schools--Princeton, Stanford or Caltech--are likely to get at least six job offers when they leave school.
Of course, you have to be a stellar math and science student. To get admitted to a top-tier school, you need to take pre-calculus byyour junior year in high school--not an easy feat for most teenagers.
The next profession on the list, nursing, also requires an interest in math and science. But that isn't why there's a shortage of nurses.
The demand for them is higher than ever because the aging American population needs more and more health care, and advances in http://www.forbes.com/2009/06/03/hard-jobs-fill-leadership-careers-em.
medicine are enabling nurses' patients to survive and need treatment longer, while many nurses are reaching retirement age.
Exacerbating the shortage is a lack of educators able to train the next generation. Karen L. Miller, dean of the nursing school at theUniversity of Kansas Medical Center, laments, "If there aren't enough teachers, we can't make more graduates." In Pictures: The 10 Hardest Jobs To Fill In America 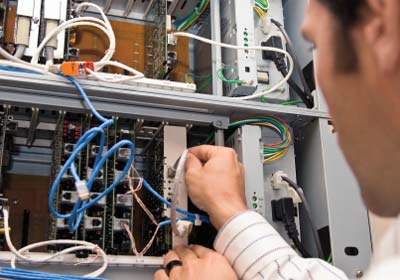 Sodium Cromoglycate in the Management of Chronic or Recurrent Enterocolitis in Patients With Hirschsprung’s Disease Background/Purpose: Chronic or recurring enterocolitis is a Results: The follow-up of the patients ranges from 8 months rare but perplexing complication of Hirschsprung’s diseaseto 26 months. Three of the 5 patients with chronic enteroco-affecting especially patient