FSIS to change testing approach for residues in meat
During the first week of August, the USDA Food Safety Inspection Service (FSIS) began a new program for testing meat (along with poultry and eggs) for chemical
residues. This change reflects new methods for detecting residues and new testing
strategies. This is part of an overall tougher stance on meat residues coming from the
FDA. Shipping cows that test positive for residues may result in public announcement of
the violation and loss of the ability to ship cows to slaughter in addition to the loss of
value from the carcass that produced the positive test. Similar approaches may also be
used to evaluate milk for chemical residues in the future.
What are the changes that were enacted?
Samples are now collected in three ways. First, there are scheduled samples, which are random samples collected across each class (including bob veal calves, dairy cows, and heifers along with other categories of beef cattle). The number of these samples collected will increase nearly three-fold. Second, inspectors can now sample cattle that are considered to be “at-risk” for containing a drug residue. Third, testing on the herd level may be conducted. This will be a targeting sampling looking for residues of drug that are typically given at the herd-level (for example, antibiotics given within feeds). This testing will evaluate cattle originating from the same farm or region. The methods used to test were also changed. These changes include a multi- residue analytic screening method that allows for the evaluation of many more drugs or
other chemicals along with a faster turnaround time. This approach will allow testing for
drugs beyond those that inhibit microbial growth that were the focus of the previous
testing method.
What are the common violations?
From July, 2009 to June, 2010, dairy cows and veal calves contributed the greatest number of violations. Commonly found residues included Penicillin,
Sulfadimethoxine, Flunixin, and Neomycin. These four drugs were responsible for 69%
of the 404l residue violations during that time.
Common causes for residue violations? 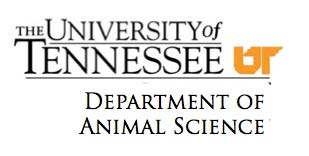 What chemical can be tested for – generic name (brand name)?
Ampicillin-Polyflex or other generics

How can risk for drug residues be minimized on farm?

INTERNATIONAL ŒNOLOGICAL CODEX Electrodialysis Memranes ELECTRODIALYSIS MEMBRANES (Oeno 29/2000) 1. OBJECTIVE, ORIGIN AND SCOPE OF APPLICATION An electrodialysis membrane is a thin, dense, insoluble wall composed of a polymer material that is permeable to ions. When placed between two solutions, it allows the selective transfer of ions from one solution to the other when ac