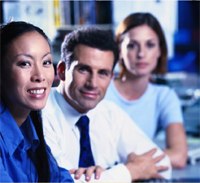 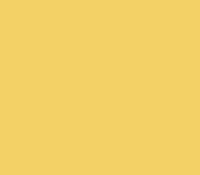 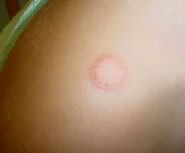 Health Tip: There's a fungus (and more than one) among us.
Did you know that ringworm, athlete's foot, and jock-itch are all common names for different infections caused by fungus? As a group, these infections are called "tinea" and are cased by a group of fungi known as Dermatophytes. The "derm" in Dermatophyte refers to their propensity to invade the skin, hair and nails. Tinea infections are, for the most part, named for the part of the body they infect. Tinea corporis, also known as "ringworm", is a fungal infection that typically occurs on the skin of the trunk or extremities. Tinea cruris refers to a fungal infection in the groin region and is commonly referred to as "jock itch". Tinea pedis is the medical name for athlete's foot and, as the name implies, occurs on the soles of the feet and the areas between the toes. The medical term for dermatophyte infections of the fingernails or toenails is tinea unquium. Today's health tip will focus on common fungal infections affecting the skin. Tinea pedis (Athlete's Foot)
Athlete's foot is the most common type of fungal infection in the US, but it's not just athletes that get it. Tinea pedis can affect anyone whose feet tend to be athlete's foot thrive in warm, moist environments. Signs of athlete's foot include redness and cracking of the skin, particularly in the web spaces of the toes and on the soles of the feet, associated with intense itching.
Tinea corporis (Ringworm)
As most of you know, ringworm is not caused by a worm. Its name came about because of the appearance of the rash. It usually begins as a red, scaly patch or bump. As the rash progresses, it spreads out in a circle leaving normal-looking skin in the middle that makes it look like a ring. At the edge of the ring, the skin is lifted up by the irritation and looks red and file:///T|/healthtip/ht20070718.html (1 of 3) [8/1/2007 9:41:02 AM]

eDocAmerica Healthtip: Outdoor Cooking Safety scaly. Ringworm typically occurs on the exposed skin of the trunk and extremities. Like most of the other fungal skin infections, ringworm is characteristically itchy. Tinea cruris (Jock Itch)
Register Now
Jock itch is caused by the same fungal organisms responsible for athlete's foot and ringworm, only the location is different. As with other fungal infections of the skin, the warm, humid setting of the groin allows the fungus to thrive. Its name comes from the infection in men who wear athletic supporters. But like athlete's foot, you don't have to be male or an athlete to develop Tinea cruris. People who are obese, sweat a lot or have diabetes are also at higher risk of developing jock itch.
Treatment
Since most fungal skin infections are caused by the same organisms, they respond
to similar treatment. The first-line treatment is with topical antifungal medications
applied to the fungal rash. Over-the-counter products, such as Lamisil-AT and
Lotrimin-AF are highly effective for these rashes. In most cases, they will clear up
within 2 weeks. It is important, however, to use the medication until the skin appears
normal, because the fungus may be present even after it is no longer visible as a
rash. For persistent cases, a prescription cream or an oral medication may be
required. Itraconazole (Sporanox), fluconazole (Diflucan), and terbinafine (Lamisil)
are names of oral antifungal medications that are sometimes prescribed for these
conditions.
The U.S. Food and Drug Administration recently approved a generic version of
prescription Lamisil (terbinafine hydrochloride) tablets, which should be considerably
cheaper than the trade name product. A generic version of over-the-counter Lamisil
cream is also available.
Prevention
Fungal infections tend to recur. There are, however, a number of ways to prevent them from recurring or developing in the first place. The following measures will help
prevent athlete's foot:
● Dry feet thoroughly after bathing or swimming.
● Wear sandals or flip-flops when at a public shower or pool.
● Wear socks that wick well, such as those made from wool or wicking ● Change socks should they become damp to keep your feet dry.
● Wear shoes that are made of natural material such as leather.
● Use an antifungal or drying powder in socks.

Since ringworm is contagious and is easily spread from person to person, skin
contact with an infected area on another person should be avoided. Family members
and close personal contacts should treat any fungus infections they have to avoid
giving it to someone else.
The following steps can reduce the risk of developing jock itch:

● Shower or bathe after exercising or sweating excessively.
● Use an antifungal or drying powder in the groin region.
● Wash workout clothing after each usage. ● Do not share workout clothing or towels.
● Avoid tight fitting clothing that can cause chafing. Stay tuned next week when we'll consider fungal infections that affect the hair and nails.
should take less than 5 minutes. You'll be glad you did. 11719 Hinson Road, Suite 130 Little Rock, Arkansas 72212 Copyright 1999-2007 eDocAmerica. All rights reserved. Patent Pending.