Selling Sickness: How Drug Companies Are
Turning Us All Into Patients
Updated information and services can be found at: Rapid responses
Email alerting
Receive free email alerts when new articles cite this article - sign up in the box at the top right corner of the article To order reprints of this article go to:

WEBSITES • MEDIA • PERSONAL VIEWS • SOUNDINGS children), premenstrual dysphoric disorder, and social anxiety disorder, each of which is behaviour or lifestyle in some way in the linked to a specific drug treatment.
seek medical advice and treatment. On the mote all these conditions through their cul- other hand, these initiatives find a ready I remember as a medical student weekendsforgeneralpractitioners.
Selling Sickness describes how “aware- opportunistic investors seeking new prod- ness raising” campaigns seek to transform ucts and profits—not patients seeking new another to get their hands on the free food the worried well into the worried sick.
diagnosis and treatments.” This one-sided ings sponsored by drug companies. I found possible, in Britain, where this is prohibited, diagnoses (often, like fibromyalgia or myal- gic encephalopathy (ME), not linked to any representatives preposterous—a view con- tions such as erectile dysfunction, prompt- specific drug treatment) and form organisa- firmed when I briefly joined their ranks in a ing requests for prescriptions. The tech- subsequent career break. Ever since I have nique of “astro-turfing”—the formation by diagnose, and treat them. Undoubtedly the drug company public relations profession- often featuring celebrities—has helped to somely from them, but they did not create that doctors “just say no to drug reps” dependency between the medical profession diverse processes of “disease mongering” have helped to turn pharmaceuticals into a first recognise that the convergence between Selling Sickness is a spirited journalistic global $500bn (£271bn; €401bn) industry, corrupting effects of corporate largesse, however distasteful we may find these links.
What is required is a wider challenge to the redraws the boundaries between health and medical practice involving the diagnosis and mineral density—as diseases afflicting sub- treatment of disease and, on the other, the stantial sections of society and requiring profession was the main target of critics of worlds of lifestyle regulation and “recrea- treatment with medication. Another strata- medicalisation, today doctors appear more tional” drug use (including preventive treat- ments of dubious merit as well as medica- patients that conditions such as anxiety and tions of unproven therapeutic value).
depression, hitherto reckoned to afflict only a small minority, should be diagnosed—and Michael Fitzpatrick general practitioner, London
loss of prestige and authority have turned to Competing interest: MF is the author of The health as a sphere in which they can forge Tyranny of Health: Doctors and the Regulation ofLifestyle (review BMJ 2001:322:305).
points of contact with a remote andfragmented Items reviewed are rated on a 4 star scale
Kingdom scarcely a week goes by without a See bmj.com for review of BBC Radio 4’s (4=excellent)
BMJ VOLUME 331 24 SEPTEMBER 2005 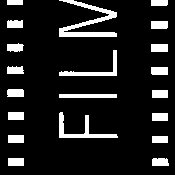 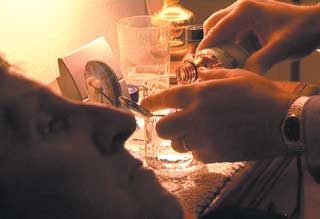