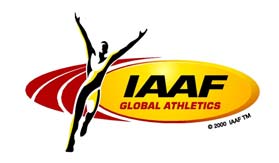 IAAF BETA-2 AGONISTS PROTOCOL
In response to a generally recognised increase in the use of beta-2 agonists by athletes, the IAAF Council has endorsed a recommendation from the IAAF Medical and Anti-Doping Commission to require more detailed information from applicants who seek an exemption for the use of beta-2 agonists for asthma and/or exercise-induced asthma or exercise-induced bronchoconstriction, and/or other clinical respiratory diseases requiring this specific treatment. Applicants seeking the use of the four beta-2 agonists (formoterol, salbutamol, salmeterol and terbutaline) will be required to submit the following information: An IAAF TUE Abbreviated Application Form including detailed medical records. See www.iaaf.org/antidoping > Therapeutic Use Exemptions > Guidelines to download a copy of the TUE form. Objective evidence of asthma and/or exercise-induced asthma or exercise-induced bronchoconstriction and/or other clinical respiratory diseases requiring this specific treatment through the provision of test results and supporting documentation, as set out below (see Provocation Test Results). All tests should have been performed since 1 January 2005.
Note: all TUE Abbreviated Application Forms and supporting documentation must be submitted
to the IAAF in either English or French.
1. Detailed Medical Records
The TUE Abbreviated Application Form needs accompanying Medical information and records, including (a Medical Records form is included with the application form): ¾ A precise diagnosis of the individual’s condition requiring the use of beta-2 agonists. ¾ All relevant information regarding the individual concerned and his condition: o age of onset o symptoms suggesting airway obstruction following exercise, upper respiratory infection at rest and at night and/or during the pollen season o identified triggering factors o past history of atopic disorders and/or childhood asthma o past physical examinations o results of skin prick tests or RAST to document the presence of allergic hypersensitivity ¾ Any specific information concerning the individual’s coughing during or postexercise, dyspnoea, shortness of breath, wheezing, chest tightness or excess sputum. ¾ Details of all consultations with physicians qualified in the treatment of asthma and details of any attendance in hospital emergency departments for treatment or admission to hospital for treatment of acute exacerbation of asthma. ¾ Details of the individual’s currently prescribed medication and any other medication prescribed in the last 6 months. Details of medication in the 3 months prior to provocation tests (see below) must also be notified. 2. Provocation Test Results In addition to the detailed medical records, athletes must also present a positive test result from one of the following recognised provocation tests: a) Bronchodilator test: A positive test result shall be defined as: • a 12 % or greater increase in FEV1 calculated as a percentage of the baseline FEV1 after the administration of an inhaled permitted beta-2 agonist.
Submission of worksheets and graphic evidence (spirometry or flow volume tracings) is useful.

b) Bronchial provocation test:
A Bronchial provocation test will take the form of an exercise challenge in the laboratory or an exercise
test in the field or a eucapnic voluntary hyperpnoea test in the laboratory (EVH).
A positive test result will be obtained if airway hyper-responsiveness (AHR) is confirmed with a fall of
10% or more in FEV1 within 30 minutes of finishing the challenge.

• Details of medication in the 3 months prior to provocation tests (see below) must also be
notified.
• The physician shall provide exact calculated value of PC20 or PD20 which is mandatory.
• Submission of worksheets and graphic evidence (spirometry or flow volume tracings) is

d) Bronchoconstrictor test:
A positive test result for a bronchoconstriction test is defined as a fall of 15 % or more in FEV1 after the
subject inhaling a hypertonic aerosol (4.5% saline commonly used).

Submission of worksheets and graphic evidence (spirometry or flow volume tracings) is useful.

Note: Peak Expiratory Flow Rate (PEFR) measurements will not be accepted. Submission of bronchial
provocation tests using pharmacological agents other than methacholine (e.g. carbachol, histamine or
adenosine monophosphate) will not be accepted.
Recommendations prior to the challenge test
To provide the optimal test conditions to achieve a positive response, it is recommended that some
medications be withheld for a period of 8-96 hours before the bronchial provocation test, as indicated
below:
• No short-acting bronchodilators, sodium chromoglycate, nedocromil sodium, ipratropium bromide or oxitropium or tiotropium bromide for 8 hours. • No long-acting bronchodilators or antihistamines for 48 hours. • No leukotriene antagonists for 4 days. • Inhaled steroids should not be administered on the day of the test. • No caffeine should be taken on the morning of the test. • No vigorous exercise to be undertaken for at least 4 hours prior to the test and preferably none on Well-controlled asthma with negative response to all the tests

In the exceptional case of an athlete with known, but well-controlled asthma, reporting “negative”
results from the bronchial provocation tests, while applying for the use of inhaled beta-2 agonists, the
following documentation must be enclosed, in addition to negative results obtained in the bronchial
provocation tests: a complete report from personal physician on medical history, including reports on
hospital emergency department attendance or admission for acute exacerbations of asthma and on
previous treatment with different medications, including systemic corticosteroids, and any additional
information that might be helpful for the diagnosis.
Abbreviations