Pfizer gets sued over celeb. 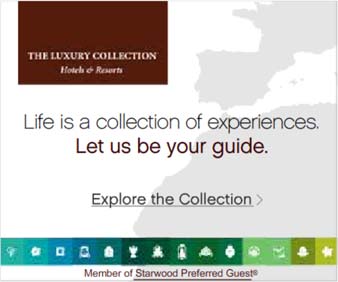 Make CNNMoney my HomepageAdd to Favorites First Celebrex lawsuit going to trial
Top Stories
Alabama woman sues Pfizer; blames Celebrex for her 2005 stroke.
By Aaron Smith, CNNMoney.com staff writer
NEW YORK (CNNMoney.com staff writer) - The first Celebrex lawsuit in the country, filed by a stroke survivor against the drug giant Pfizer, is going to trial this year.
Rosie Ware, a 53-year-old Alabama resident who had suffered from hypertension, was taking the arthritispainkiller Celebrex when she suffered a stroke in February, 2005, and she sued the maker of the drug,Pfizer, according to plaintiff law firm Beasley Allen.
The case has been set for trial on June 6, 2006 at the Circuit Court of Barbour County in Alabama,according to Jere Beasley, the attorney for the plaintiff.
"As far as I know, this will be the first Celebrex case to be tried in the country," Beasley said.
The lawfirm, Beasley Allen, said Ware's stroke "cost her substantial sums of money for medical, hospitaland related care," but Beasley declined to specify the damages that the plaintiff is seeking, although he didsay "we're going to ask for a lot." Celebrex is a member of the same drug class as Bextra, which is also made by Pfizer (up $0.23 to $26.60,Research), and Vioxx, made by Merck (up $0.26 to $35.36, Research). The class of three drugs, known asthe Cox-2 inhibitors, once totaled about $8 billion in annual sales altogether. But trouble for the Cox-2inhibitors emerged in September of 2004, when Merck pulled Vioxx off the market after a study showed an YOUR E-MAIL ALERTS
increased risk of heart attacks and strokes in patients who took the drug for at least 18 months. Since that Follow the news that matters to you. Create your own alert
time, nearly 10,000 lawsuits have been filed against Merck by former Vioxx patients and their families.
to be notified on topics you're interested in.
Merck lost the first lawsuit but won two cases in New Jersey and one in New Orleans, with a fifth caseongoing and a sixth beginning this week.
Or, visit Popular Alerts for suggestions.
The trouble for Pfizer began in April, 2005, when the Food and Drug Administration asked the company to take Bextra off the market because of health risks. Celebrex is the only one of the three drugs to remain onthe market, but sales have been cut in half, to $1.7 billion in 2005 from $3.3 billion in 2004. In July of 2005,the FDA had Pfizer add a "black box," the most severe type of health warning, to the Celebrex label toreflect risks of heart attacks, strokes and gastrointestinal bleeding.
"The FDA, [European Agency for Evaluation of Medicinal Products] and other health authorities around the world have concluded that the benefits of Celebrex continue to outweigh the risks, and as a result, Celebrex is the only Cox-2 inhibitor remaining on the market today," said Pfizer spokesman Bryant Haskins.
Pfizer, based in New York City, is the world's biggest drug company, with $51.3 billion in 2005 sales. Pfizer makes the world's top selling drug Lipitor, a cholesterol reducer that totaled $12.2 billion in 2005 sales.
Beasley Allen has filed 150 cases against Pfizer and most of them are consolidated in Federal Court inCalifornia.
What does the future look like for Celebrex, Vioxx and Bextra? Click here to find out. More Company News
The Hot List
2008 Cable News Network. A Time Warner Company. All Rights Reserved. Terms under which this service is provided to you. Privacy Policy Live Quotes automatically refresh, but individual equities are delayed 15 minutes for Nasdaq, and 20 minutes for other exchanges. Market indexes are shown in real time, except for the DJIA, which is delayed by two minutes. Al times are ET.
* : Time reflects local markets trading time. † - Intraday data delayed 15 minutes for Nasdaq, and 20 minutes for other exchanges. Disclaimer Copyright 2008 BigCharts.com Inc. Al rights reserved. Please see our Terms of Use.MarketWatch, the MarketWatch logo, and BigCharts are registered trademarks of MarketWatch, Inc.Intraday data delayed 15 minutes for Nasdaq, and 20 minutes for other exchanges. Al Times are ET.Intraday data provided by Interactive Data Real-Time Services and subject to the Terms of Use.Historical, current end-of-day data, and splits data provided by Interactive Data Pricing and Reference Data.Fundamental data provided by Hemscott.SEC Filings data provided by Edgar Online Inc.Earnings data provided by FactSet Cal Street, LLC.

The Center for Psychotropic Drugs and Children Health and Health Care in Schools A 2007 Update The School of Public Health & Health Services December 2007 THE GEORGE WASHINGTON UNIVERSITY References Background The safe and effective use of medications for the treatment of certain medical conditions and1 National Association of School Nurses. Position statemen