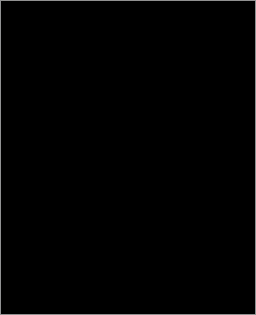 THE HOUSTON GYNECOLOGICAL & OBSTETRICAL SOCIETY (HGOS) To promote excellence in the practice of gynecology and obstetrics, enhance the opportunities for continuing education, encourage leadership and serve as the representative society for obstetrics and gynecology in the Houston area We are also very grateful to Linda Gist who devoted so many years to our society and who played a key role in the success of our group. She was always very resourceful, hard working, creative, and very dedicated. We were certainly very fortune and honored to have her as part of our Executive Executive Committee Updates
The most recent Executive Committee meeting was held on October 27th, 2009. The topics discussed -Dr. Ivey highlighted the difficulties and obstacles encountered by local OBGYNs practices in obtaining the H1N1 vaccine. He will speak to the membership for a brief period during the Introduction in our next meeting. A letter will be formulated and submitted to the Department of Health and to our State Governor to express the frustrations of our I am very pleased to announce that we have a very specialty with these issues.
exciting event scheduled for our November General -The Board members discussed perspectives meeting. On November 5th, 2009, we have the pleasure on the type of venue used for the General Meeting. It
of having Dr. Gazala Siddiqui lead a discussion was agreed that Trevisio’s lends itself as a convenient titled-“Hot Topics in Urogynecology”. Dr. Sidiqqui is an site given its location within the medical center. In Assistant Professor in Urogynecology at the University of addition, the room set-up, acoustics, organization, and Texas Health Science Center. The meeting will be set food quality are all favorable. However, one concern up in the form of a panel debate and Dr. Sidiqqui will expressed was the ability to capture the attendance of moderate a session where other expert urogynecologist physician’s practicing in the outskirts of town. A will discuss relevant and controversial issues such as proposal was made to consider other venues for mesh kits, overactive bladder, recurrent prolapse, and future meetings rather than a standing commitment to surgical complications. Other panelists will include Dr. Trevisio’s.
Resident’s night where local residents would present The meeting will be held on November 5th at 7 pm.
their research to the society and a winning presentation would be awarded a prize of $500. The proposal was made on the basis that this would be an 6550 Bertner Street, Houston, Texas 77030 academic presentation and at the same time, it would provide an opportunity to network and for local physician members of the society to recruit potential Announcements
candidates to their practice. This was approved by the Board and Dr Frumovitz will assume leadership of this It is my pleasure to officially welcome Ms. Lisa Gasper event.
as the new Executive Director of our Society. Lisa -Dr. Ivey proposed that membership should comes to us with very high credentials and qualifications be based on a yearly basis and that dues paid would and we are very proud that she has accepted our grant a member only a one year membership. There invitation to join us. All members who wish to reach Ms. will be a small penalty for late dues. 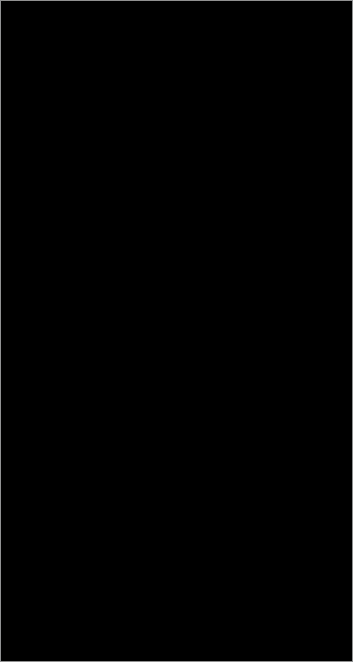 THE HOUSTON GYNECOLOGICAL & OBSTETRICAL SOCIETY (HGOS) 2009 HGOS Executive Board
President
-Lisa Gasper announced that correspondence with the members of the society will move towards a paper-less system where the priority will be placed -Three new members were approved for the Society: Dr. Sophie Fletcher, Dr. Deepali Patni, and Dr. Concepcion Diaz-Arrastia President-Elect
Research Updates
In this section of the newsletter we offer highlights of recent publications relevant to our field. The goal of this segment is to keep the members of the society abreast of recent sentinel publications that may impact their clinical Vice President
practice and patient care. Each article that is referenced may be found through a link in the Society website at www.hgos.org.
ONCOLOGY:
Secretary
Robotic approach for cervical cancer: Comparison with laparotomy: A
Case Control Study.
Angelo Maggioni, Lucas Minig, Vanna Zanagnolo, Michele Peiretti, Fabio
Sanguineti, Luca Bocciolone, Nicoletta Colombo, Fabio Landoni,
Giovanni Roviglione, Jorge Ivan Vélez
Treasurer
Gynecologic Oncology 2009;115:60-64
OBJECTIVE: To compare the surgical outcome of robotic radical hysterectomy (RRH) versus abdominal radical hysterectomy (ARH) for the treatment of early Immediate Past President
METHODS: A prospective collection of data of all RRH for stages IA2–IIA cervical cancer was done. The procedures were performed at the European Institute of Oncology, Milan, Italy, between November 1, 2006 and February 1, Members at Large
RESULTS: A total of 40 RRH were analyzed, and compared with 40 historic ARH cases. The groups did not differ significantly in body mass index, stage, histology, or intraoperative complications, but in age (p = 0.035). The mean (SD) operative time was significantly shorter for ARH than RRH, 199.6 (65.6) minutes and 272.27 (42.3) minutes respectively (p = 0.0001). The mean (SD) estimated blood loss (EBL) was 78 ml (94.8) in RRH group and 221.8 ml (132.4) in ARH. This difference was statistically significant in favor of RRH group (p < 0.0001). Statistically significantly higher number of pelvic lymph nodes was removed by ARH than by RRH, mean (SD) 26.2 (11.7) versus 20.4 Ex Officios
(6.9), p < 0.05. Mean length of stay was significantly shorter for the RRH group (3.7 versus 5.0 days, p < 0.01). There was no significant difference in terms of postoperative complications between groups. CONCLUSION: This study shows that RRH is safe and feasible. However, a comparison of oncologic outcomes and cost-benefit analysis is still needed and it has to be carefully evaluated in the future.
OBSTETRICS
HGOS Office
Antiviral Medications for Pregnant Women for Pandemic and Seasonal
Influenza: An Economic Computer Model
Lee, Bruce Y. MD, MBA; Bailey, Rachel R. MPH; Wiringa, Ann E.; Assi,
Tina-Marie MPH; Beigi, Richard H. MD, MSc
Obstetrics and Gynecology 2009;114:971-980
(Cont’d on page 3) 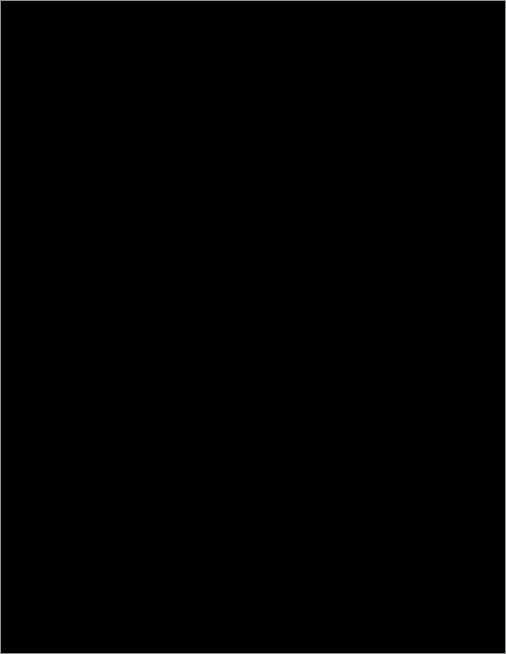 THE HOUSTON GYNECOLOGICAL & OBSTETRICAL SOCIETY (HGOS) Obstetrics and Gynecology
2009;114:1041-1048
OBJECTIVE: To estimate the economic value of OBJECTIVE: To examine factors associated with administering antiviral medications to pregnant undergoing laparoscopic hysterectomy compared women who have come in contact with an with abdominal hysterectomy or vaginal infectious individual with influenza.
METHODS: A computer-simulation model was METHODS: This is a cross-sectional analysis of developed to predict the potential economic effect the 2005 Nationwide Inpatient Sample. All women of antiviral use for postexposure prophylaxis aged 18 years or older who underwent among pregnant women in both seasonal hysterectomy for a benign condition were influenza and pandemic influenza scenarios. The included. Multivariable analyses were used to model allowed us to examine the effects of varying examine demographic, clinical, and health-system influenza exposure risk, antiviral efficacy, antiviral factors associated with each hysterectomy route.
cost, and the probability of different influenza outcomes such as hospitalization, preterm RESULTS: Among 518,828 hysterectomies, 14% were laparoscopic, 64% abdominal, and 22% vaginal. Women older than 35 years had lower RESULTS: For a variety of pandemic influenza rates of laparoscopic than abdominal (odds ratio scenarios (attack rate 20% or more, probability of [OR] 0.85, 95% confidence interval [CI] 0.77–0.94 preterm birth for women with influenza 12% or for age 45–49 years) or vaginal hysterectomy (OR more, mortality for a preterm neonate 2% or more, 0.61, 95% CI 0.540.69 for age 45–49 years). The and probability of influenza-attributable odds of laparoscopic compared with abdominal hospitalization 4.8% or more), the postexposure hysterectomy were higher in the West than in the prophylactic use of antiviral medications was Northeast (OR 1.77, 95% CI 1.2–2.62). African- strongly cost-effective, with incremental cost- American, Latina, and Asian women had 40–50% effectiveness ratio values below $50,000 per lower odds of laparoscopic compared with quality-adjusted life-year. Antiviral prophylaxis abdominal hysterectomy (P<.001). Women with became an economically dominant strategy (that low income, Medicare, Medicaid, or no health is, less costly and more effective) when the insurance were less likely to undergo laparoscopic influenza attack rate is 20% or more and preterm than either vaginal or abdominal hysterectomy birth rate is 36% or more, and when attack rate is (P<.001). Women with leiomyomas (P<.001) and 30% or more and preterm birth rate is 24% or pelvic infections (P<.001) were less likely to more. Antiviral prophylaxis was not cost-effective u n d e r g o l a p a r o s c o p i c t h a n a b d o m i n a l under seasonal influenza conditions.
hysterectomy. Women with leiomyomas (P<.001), endometriosis (P<.001), or pelvic infections (P<.
CONCLUSION: These findings support the use of 001) were more likely to have laparoscopic than antiviral medications for postexposure prophylaxis vaginal hysterectomy. Laparoscopic hysterectomy among pregnant women in a pandemic influenza had the highest mean hospital charges ($18,821, scenario but not in a seasonal influenza setting.
P<.001) and shortest length of stay (1.65 days, GYNECOLOGY
CONCLUSION: In addition to age and clinical Nationwide Use of Laparoscopic Hysterectomy diagnosis, nonclinical factors such as race/
Compared With Abdominal and Vaginal
ethnicity, insurance status, income, and region Approaches
appear to affect use of laparoscopic hysterectomy compared with abdominal hysterectomy and Jacoby, Vanessa L. MD, MAS; Autry, Amy MD;
Jacobson, Gavin MD; Domush, Robert MD;
Nakagawa, Sanae MA; Jacoby, Alison MD 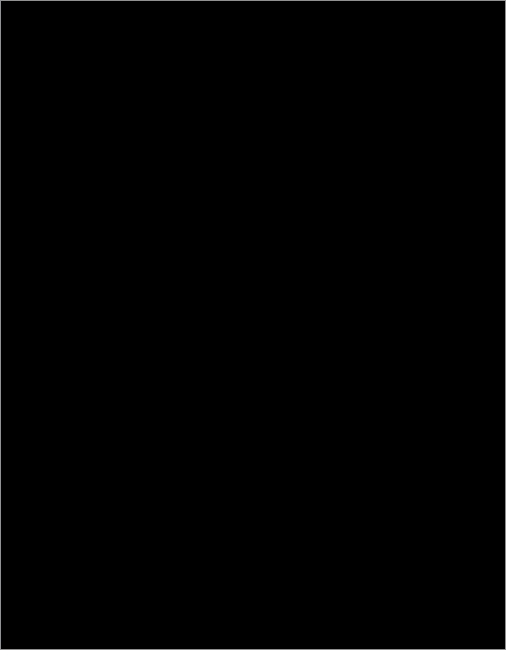 THE HOUSTON GYNECOLOGICAL & OBSTETRICAL SOCIETY (HGOS) CONCLUSION: The results of this study did not show any advantage to the use of letrozole over REPRODUCTIVE ENDOCRINOLOGY
clomiphene citrate as a first-line treatment for Clomiphene citrate or letrozole for ovulation
induction of ovulation in women with PCOS.
induction in women with polycystic ovarian
syndrome: a prospective randomized trial
Ahmed Badawy, Ibrahim Abdel Aal, Mohamed
Abulatta
Fertility and Sterility 2009;92:849-852
UPCOMING EVENTS:
OBJECTIVE: To compare the effects of letrozole (5 mg) and clomiphene citrate (100 mg) for Updates in Urogynecology ovulation induction in women with polycystic ovary November 5 treatment with 5 mg of letrozole daily (218 patients, 545 cycles) or 100 mg of clomiphene AMA Interim Meeting citrate daily (220 patients, 518 cycles) for 5 days November 7-10 starting on day 3 of menses. Timed intercourse Houston, TX was advised 24 to 36 hours after hCG injection. Contact: Terrie Gibson 202-863-2515 follicles, serum estradiol, serum progesterone, endometrial thickness, and pregnancy and American Board of Obstetrics and Gynecology RESULTS: The mean age, parity, and duration of Dallas, TX infertility in both groups were similar. The total Contact: Laurie Daniels 214-871-1619 number of follicles was statistically significantly greater in the clomiphene citrate group (6.8 ± 0.3 versus 4.4 ± 0.4). Endometrial thickness at the TMA Winter Conference time of hCG administration was statistically January 29-30, 2010 significantly greater in the CC group (9.2 ± 0.7 mm Austin, TX versus 8.1 ± 0.2 mm). The duration to reach a Contact: 800-880-1300 dominant follicle was statistically significantly longer in the letrozole group (12.1 ± 1.3 versus 8.8 ± 2.9 days). Ovulation occurred in 365 out of 540 TAOG 81st Annual Meeting cycles (67.5%) in letrozole group and 371 out of April 16-18, 2010 523 cycles (70.9%) without a statistically Moody Gardens Hotel, Galveston, TX significant difference. Levels of serum estradiol Contact: Karen O’Briant 866-935-1959 and progesterone were statistically significantly higher in the clomiphene citrate group. The pregnancy rate per cycle was 15.1% in the letrozole group and 17.9% in the clomiphene citrate group without statistically difference

THE RENEWABLE DEAL, ASPECT TWO, PLANK 6: HEALTH Chapter 2 THE CAUSES OF THE UNITED STATES HEALTHCARE SYSTEM CRISIS Sixteen percent of the U.S. economy as of 2006 is consumed by health care costs; in 1960, 5.2percent of GDP went to pay for health care. From 1997 to 2003 U.S. health care spending wentfrom 13.1 percent to 15.3 percent of GDP. In March 2008 the Centers for Medicare andMedicai