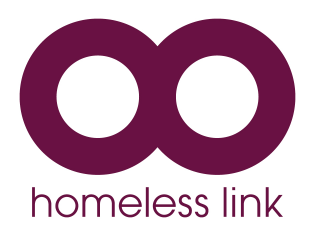 This Fact Sheet is number 2 of 6, all of which link to and provide background
information for the guidance on producing a protocol for the Admission and
Discharge of People from Hospital.1 The other Fact Sheets in the series are:
• Fact Sheet 1
Web based resources on homeless services or developing a • Fact Sheet 4 Developing integrated care pathways for homeless people • Fact Sheet 5 Discharging homeless people from mental health wards • Fact Sheet 6 Service users with no recourse to public funds
DEFINITIONS OF HOMELESSNESS AND THE LEGISLATION
This fact sheet gives information on the legislation governing a person’s definition as
homeless under the law. If a person passes the tests outlined in this factsheet, then they
should be entitled to housing provided by the local authority.
If the person is not entitled to housing (non priority single homeless) it becomes even
more important to help them to access the housing options that are open to them and to
ensure they are not discharged to the streets. (See Fact sheet 1 Resources on
Homelessness for information on where to look for help.)

DEFINING HOMELESSNESS
A local housing authority will consider five tests in deciding whether it has a legal duty to
house a person or household presenting as homeless. These tests are:
• Legally homeless
1 http://www.communities.gov.uk/publications/housing/hospitaladmission
To receive the full homelessness duty (i.e. an offer of long term accommodation) an
individual or household would have to pass all 5 tests.
The definition of legally homeless in England and Wales comes from the 1996 Housing
Act. Under the Act a person is homeless if they either:
• have no accommodation they are entitled to occupy
• have accommodation, but have nowhere they are entitled to place it, or live in it (i.e. • have accommodation, but cannot secure entry into it • have accommodation, but it is not reasonable for them to occupy it (i.e. because of • In addition, a person is considered to be threatened with homelessness if they are likely to become homeless within 28 days (e.g. being asked to leave present accommodation by family or friends or being evicted)
ELIGIBILITY
The local housing authority first needs to decide if they have reason to believe that the
applicant may be eligible, homeless and have a priority need. If the applicant on initial
assessment meets these criteria, the housing authority has an immediate duty to ensure
that suitable accommodation is available until they make their decision on the
homelessness case. If a housing authority is notified by a hospital ward that they have
an admission of someone who will be homeless on discharge the initial enquiries can be
carried out while the patient is in a hospital bed and this will speed up the process.

INTENTIONALITY
The homeless household also has to prove that they did not lose their previous
accommodation as a result of their own action. For example not paying the rent or the
mortgage or being evicted for anti-social behaviour can all be counted as intentional
homelessness.

LOCAL CONNECTION
Local connection is used by some local housing authorities as another criterion for
deciding on priority for social housing. People can establish a local connection with an
area because they work there, because they live there (or have done in the past),
because they have family living there, or because of some other special reason. The
borough with which people who have been sleeping rough have a local connection can be
an area of dispute, particularly if a person is going to require ongoing care, due to the
associated costs.
The London Reconnection Protocol provides clear guidance to facilitate the rapid linking
back of newly homeless people to services in their home area. To make best use of the
Protocol, housing options and outreach teams need to work together to clarify local
arrangements, eg: what information is required to make decisions.
In relation to patients outside London national guidance for PCTs2 in this area is
considered to be unclear. A more consistent approach to identifying borough of origin
needs to be developed so that funding/charging can be correctly allocated. PCTs may be
able to utilise the approach set out in the London Reconnection Protocol to establish
borough of origin for homeless patients.
WHAT IF PEOPLE DO NOT PASS THESE TESTS?
If people are homeless but do not have priority need, or if they are considered to have
contributed to homelessness by their actions (intentionally homeless), the housing
authority must ensure that they get advice and assistance to help them find
accommodation -but they do not have to ensure that accommodation becomes available
to them. However the quality and accessibility of good quality advice from local housing
authorities is very variable.
WHAT IF THEY ARE FOUND TO BE INTENTIONALLY HOMELESS, BUT ARE IN
PRIORITY NEED?
Where people have priority need, but are found to have made themselves homeless, the
housing authority must also ensure they have suitable accommodation available for a
period that will give them a reasonable chance of finding accommodation for
themselves. Sometimes, this may be for only 28 days.
If homelessness persists, any children in the family could be in need, and the family
could seek assistance from the social services authority under the Children Act 1989 for
reasonable assistance in this, and the housing authority must respond.
For full information on local housing authorities duties towards homeless people see
Homelessness Code of Guidance 2006
http://www.communities.gov.uk/documents/housing/pdf/152056.pdf
and Supplementary guidance 2009.
http://www.communities.gov.uk/documents/housing/pdf/1304826
Shelter has produced a useful web based tool for people to check whether their local
housing authority has a duty to house them. It can be accessed at
http://england.shelter.org.uk/get_advice/downloads_and_tools/emergency_checker
2 Who Pays?, Department of Health (2007) WHAT INFORMATION WILL A HOUSING AUTHORITY REQUEST FROM THE
HOSPITAL?
The local housing authority will require supporting evidence to determine whether a
person is homeless and in priority need. This is likely to include:
• relevant identification documents - e.g. passport, birth certificate • a housing reference number if they are already registered on the system • a letter setting out what their health problems are and why they make them • evidence of their connection to the area through residence, employment, family association or any special circumstance.
RESPONDING TO REQUESTS FROM THE COUNCIL FOR INFORMATION ABOUT
YOUR PATIENT
Some local authorities send a standard letter asking for an opinion on the vulnerability of
a patient; others will send a form for you to complete.
The main information they will need is a) the nature of your patient’s illness or disability,
and the treatment provided; and b) an indication of its severity and how long it is likely to
last.
It can also be very helpful to provide an opinion about: a) the effect of inadequate
housing on your patient’s health; or b) the effect of illness on your patient’s ability to
obtain and maintain a tenancy.
Further background information is often valuable, either to assist the assessment or to
enable a suitable property to be allocated. More general observations - such as how
‘deserving’ the individual or family might be - are unlikely to be taken into account.
Confirmation of pregnancy is straightforward: little detail apart from the stage of the
pregnancy is required.
EXAMPLE LETTERS:

Dear Sir/Madam,
John Smith (37) has been with this practice since 2007. He was diagnosed with
Diabetes Mellitus in 1998 and since then has been taking Glibenclamide 5mg daily at
breakfast.
He has also had a problem with his weight, but has had some success at losing weight
this year. His diabetes is currently well controlled. He attends Dr.[consultant]’s diabetic
clinic at [local] Hospital on a six monthly basis. He has had two hospital admissions
since 1998, one when first diagnosed and the second with a foot infection due to
uncontrolled diabetes in 2004.
I understand he is about to lose his home following the death of his landlord. He needs
somewhere to live where he can prepare his own meals and maintain the control over
his diabetes, essential for avoiding associated health problems. His condition is likely to
remain stable in adequate accommodation and I am happy to support his application.
Or:

Dear Sir/Madam, Mr. Jones is 47, is separated, and has two adult children living in his former hometown. He has been with this practice for six months. He was diagnosed with Depression one year ago, by his previous GP in that area, and is currently prescribed Fluoxetine 20mg once daily. He made suicide attempts in May and August this year, both resulting in admissions to hospital. He was forced to leave his home due to threats of violence from his wife’s new partner, and is staying with friends. His depression is causing a strain on the friendship, and he feels it will not be long until he is asked to leave. I would expect his condition to stabilise if he has independent accommodation where he has a chance for privacy, but with his current illness, doubt his ability to arrange this without assistance. I am therefore supporting this patient’s application for housing, and suggest that some form of supported accommodation is considered. These are useful letters because: • In each case the diagnosis is now quite clear. If the description is insufficient, the treatment details will alert the Council’s medical adviser to the patient’s condition. • The letters include an opinion on the interaction between illness and housing. It will not always be appropriate to comment on this, but in this case the observations are helpful. • The second letter also includes an observation about the effect of illness on the person’s ability to obtain accommodation. In the first example the doctor was unable to assess this and rightly did not comment. • Once the patient’s "vulnerability" has been established, the background information provided may help to decide on matters such as the location and type of property to be provided. • Finally, what if you think your patient does not qualify for housing on medical • In most cases it helps to remember that the housing authority makes the decision rather than yourself. They may even be considering a combination of factors, only some of which are medical so it is advisable to refrain from other comment.
This fact sheet has been produced by Homeless Link and updated October 2010.
It relates to the CLG/DH guidance
Hospital Admission and Discharge: People who are homeless or living in temporary or
insecure accommodation
(http://www.communities.gov.uk/documents/housing/pdf/154289.pdf)
The five other related fact sheets can be found on the
Homeless Link website (http://www.homeless.org.uk/hospitals
Homeless Link, Gateway House, Milverton Street, London SE11 4AP
+44 (0) 20 7840 4430 | [email protected] | www.homeless.org.uk
Chief Executive: Jenny Edwards | Chair: Ann Skinner | Charity Registration No. 1089173 Company Registration No. 4313826