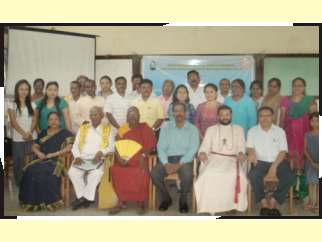 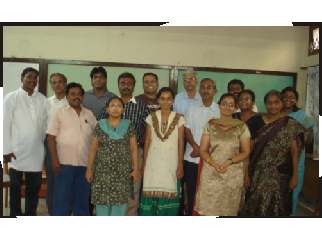 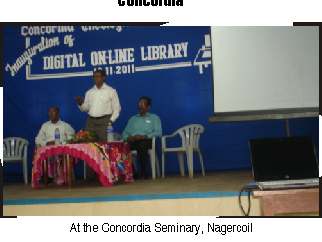 ICSA Books
Book Fair
Book Fair cum exhibitions were conducted at the Madras Christian College Matriculation Hr.Sec.School, Chetpet and in Bentinck Girls Hr.Sec.School, Vepery in August 2011. It was quite fulfilling to serve the young minds. We thank Mrs. Revathy Bonns, Ms. Nachi Chelliah Principals of the above schools Any educational institution interested may contact the Manager, ICSA Books. Concordia
Economics along with Vichara, Kerala. The programme was conducted in ICSA from Oct.28- 30 , 2011. There were twenty five participants who ventured into a serious study of economics theories. Prof.Mammen Varkey co-ordinated the programme. Dr.Moses Manohar presented the Key ICSA sponsored five multi media computers of DELL make and a HP lazer printer to the Concordia Theological Seminary in Nagercoil, Kanyakumari District. The Seminary under the leadership of Dr.Samuel Meshack has established a digital on-line library in the College. The digital library was commissioned on 19 Nov.2011. The Seminary Community and the Church leaders were present with enthusiasm. Later Dr.Moses Manohar delivered a talk on “Elements of Political NCCI-ICSA consultation
ICSA sponsored a Consultation on “Conversion and Inter-faith Marriage” organized by the Mission and Evangelism unit of the National Council of Churches in India (NCCI). The consultation recognized the fact of inter-faith marriages taking place due to rapid urbanization. The consultation studied the issue from various religious as well as legal points of view. Dr.Solomon Rongpi, the NCCI Secretary co- 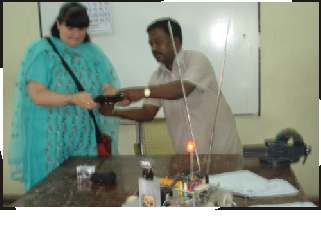 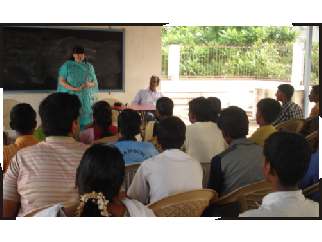 Comprehensive Medical Services India (CMSI)
CMSI Essential Medicines Project
The Ecumenical Pharmaceutical Network(EPN) convened a Planning meeting at CMAI, Delhi on October 7 , 2011. The meeting was led by Dr.Donna Kusumererva, the co-ordinator of EPN and Dr.Sujith Chandy of CMC Vellore. The participant organizations including ICSA-CMSI expressed the need for the net Mr.Dwonn Schidmt representing the Community Welfare and Development Services in Naidupetta, A.P. visited the CMSI on November 2011. It was a time of renewal of the long partnership. Dr.Deborey Lalparmewi of Sielmat Christian Hospital, Manipur ordered for a consignment of Albandazole. This gives a great satisfaction as our medicines are reaching the far flung areas.
New Products
Medicines with higher strength are going to be released. They are: Paracetamal 650 mg. Cephalexin 500 mg., Ciprofloxacin 500 mg., Levocetirizine 10 mg. and Pentaprasol 40 mg. CMSI has also introduced compact packings. We have box containing 15x4x5 =300 tablets and 15x4x10=600 tablets.
Interaction with Jivana Jyoti Students
Ms.Ute Penzel of ELM Germany visited the Jivana Jyoti in November 2011 and interacted with the students. She also saw the Robot made by the Jivana Jyoti faculty and the students. She exhorted the students that the students must have a clear aims for their career and work hard to perceive it. Recognizing the rapid advancement technology in India, she said that the Jivana Jyoti students have a better chance to take the full advantage of it. Ms. Ute Penzel interacting with Jivana Jyoti students ICSA Rural Empowerment Programme
The C.S.I.Karnataka Southern Diocese and ICSA have decided to promote a rural empowerment programme in the Khasthur village near Mysore. The Rt.Rev.Dr.John S. Sadananda, Bishop of the Diocese and Dr.Moses P.Manohar visited the area on the 29 Oct.'11 and interacted with the Christian leaders.

PART ONE: Structure 1. The Oscar-winning actor avoids _____ to his fans and refuses to give his autograph. (Gerund) 2. Because Mr. Jake worked only a month, the HR director would not write a recommendation for him even if he ______. a. could ask (If-clause) 3. Nate deserved ______ the prize for writing that amazing short story about Peru. a. to win (infinitive with to) 4. The secretary