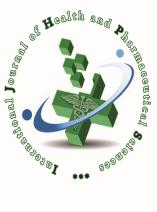 International Journal of Health and Pharmaceutical Sciences ISSN 2278 - 0564
Vol 1, Issue 4, 2012
COMPARATIVE STUDY OF MICRONISED PROGESTERONE VERSUS
ISOXSUPRINE IN THE PREVENTION OF PRETERM LABOUR
1Deepti S Shrivastava, 2*Shruti S Goel , 3Sunaina Arya
1Professor, 2,3Resident, Dept of Obstetrics & Gynaecology, JNMC Sawangi, Wardha (India).
ABSTRACT:
Introduction: Preterm labour is a major public health problem responsible for neonatal
morbidity and mortality,hence it is a time felt need to improve the outcome of preterm labor and formulate better methods to prevent it. Aim : Compare the efficacy and safety of micronized
progesterone versus isoxsuprine in the prevention of preterm labor. Study design: Prospective
,interventional, case control comparative study of 200 women. Observations & Results: In the
study both the drugs were found equally effective in prevention of preterm labour along with micronized progesterone offering a better safety profile. Prevention of preterm labour was equql with both the drugs but sideeffects were significantly less with micronized progesterone i.e.
tachycardia ,headache ,palpitation and syncopal attacks were seen in 48%,61%,27%and 23% of women with Isoxsuprine and only 12%, 21%,9% &7% women with micronized progesterone respectively. Conclusion micronized progesterone is almost equally effective with fewer side
effects than isoxsuprine in prevention of preterm labour.
KEY WORDS:
Preterm labour, micronized progesterone , Isoxsuprine .
INTRODUCTION:
uterine contractions of sufficient strength healthcare costs both in the developing and dilatation and effacement of cervix between delivery affects11% of pregnancies in US or even greater in developing countries(23.3% obstetric interventions, fetal survival is now in India) .[2]It is rising world over because of increased frequency of multiple births due to best setup in developing countries, salvage is rare below 28 weeks of gestation ,so it is psychological stress and medically induced better to arrest preterm labour till atleast 34 weeks of gestation to prevent complications problem in terms of loss of life, long-term • Women with gestational age between 28 patients at risk have been investigated, and • Four uterine contractions in 20 minutes • Cervical dilatation not more than 1 cm & considered to be controversial but it is being tried almost every where with a concern of • History of previous preterm birth and foetal lung maturity ,till atleast prophylactic insufficiency and a cerclage in place.
EXCLUSION CRITERIA:
used for tocolysis is isoxusuprine. In the present study we have tried to compare its micronized progesterone in various studies.
MATERIALS AND METHOD:
Amongst the 200 women, GROUP A
intravaginally micronized progesterone 200 mg daily. Another group(B) of 100 women , injection isoxsuprine 10 mg intramuscularly consent was taken from subjects recruited in hours, later on switched over to 40 mg oral retard capsules on mantainence therapy once daily.Women with gestational age less than gestational age were recruited. They were intramuscularly that was repeated after an RESULTS:
preterm labor and threatened preterm labor viz., four uterine contractions in 20 minutes women admitted with preterm labor at less with or without cervical dilatation greater than 37 weeks gestational age were recruited than 1 cm or effacement 80% or greater.
Table 1 shows the comparison of the
gestational ages amongst two groups.
belonged to the gestational age of 34 to 36 microscopy and vaginal swab was sent.
INCLUSION CRITERIAL:
Table 2 shows distribution of women
according to their parity.it was seen that Table 4 shows better safety profile with
in group B were second gravida and both the micronized progesterone as but side effects Table 3 shows micronized progesterone was
,palpitation and syncopal attacks were seen pregnancy to a period of more than 48 hours isoxsuprine and only 12%, 21%, 9% &7% was successful in prolonging for the same progesterone the only annoying side effect Table 1 shows estational age wise distribution of cases Table 2 shows Parity wise distribution of the cases ﭏ2-value
Table 3 depicts duration of prolongation achieved with the use of isoxusuprine and micronised ﭏ2-value
Table 4 depicts the side effect profile of both the drugs in which micronized progesterone has a better side effect profile as compared to isoxsuprine DISCUSSION:
being born with a birth weight of less than etiology of spontaneous preterm labor, only identified.[1]Unfortunately, there is little evidence confirming the effectiveness of any of these strategies In particular, tocolysis of associated with only small prolongation of delivery (36.1 ± 2.66 vs. 34.0 ± 3.25 weeks, P < 0.001). Micronized progesterone also decrease perinatal mortality or morbidity.
had a protective role in preventing preterm But it is still effective in threatened preterm birth between 28 and 31 weeks plus 6 days.
labour and most commonly practised .
associated with a longer latency preceding delivery. Progesterone group demonstrated a progesterone in the body but identical.
Natural micronized progesterone is shown to (36.1 ± 17.9 vs 24.5 ± 27.2) days. This have fewer side effects and discomforts such as headaches etc. than with the synthetic than 48 hours t 1 week in 44% women.
labour concludes that tocolysis is definitely efficacy of micronized progesterone with the indicated before 34 weeks gestational age in their study tocolysis delayed delivery in 39 both of them to be equally efficacious .On offers better compliance profile as compared group (19.2% vs. 34.4%; relative risk, 0.56; 95% confidence interval [CI], 0.36 to 0.86).
effectiveness of micronized progesterone as administration of progesterone reduces the isoxsuprine with advantage of lesser side risk of preterm birth before 37 weeks and 34 almost nil contraindications for it.
Table 5: Showing different trials conducted demonstrating efficacy of micronised progesterone Authors Progesterone Gestational No. of Subjects Progesterone Placebo Progesterone Placebo
O Brien NMVBP gel 18 to 22
<35-22.7
<32 – 10.0
<28 – 3.2
NMVBP gel 33.9
<34 – 9.2
<37 – 695
NMVBP gel 35
<32 – 6.9
<27 - 8.0
management of preterm labor J Obstet longer the first choice.the choice of tocolytic outcome with no maternal or neonatal side [3] Singh Uma, Singh Nisha, Seth Shikha CONCLUSION:
outcome of preterm labor; J Obstet preterm labour as it is equally efficacious and has low side effect profile as compared lesser side effects thereby it provides better REFERENCES:
[1] Edwin Chandraharan, Sabaratnam Arulkumaran; Recent advances in
J Obstet Gynecol 2010; 202:548.e1-8.
recurrent preterm labor: Journal of [7] Rogelio Gonzalez et al: Prenatal adm.
Reproductive Health Library; Geneva:

Step Therapy Criteria Drug Name Step Therapy Criteria Step 1- PATIENT NEEDS TO HAVE A DOCUMENTED TRIAL OF ANY TWO OF THE FOLLOWING DRUGS, 1 DRUG FROM EACH CLASS, IN THE PREVIOUS 120 DAYS BEFORE MOVING TO STEP 2: ACE-Inhibitor (including combinations with HCTZ) Benazepril Hcl, Benazepril Hcl/Hydrochlorothiazide, Captopril, Captopril /Hydrochlorothiazide, Enalapril Maleate, Enalap