Center for Advanced Studies in Science & Technology Policy
Information • Technology • National Security
Brief No. 06-14
Preparedness? Essay by K. A. Taipale As telecommunications reform legislation winds its way through the Congress, “net neutrality” has emerged as the latest beltway buzzword and the subject of a
contentious lobbying war between large internet content providers such as Google,
Microsoft, Ebay, Yahoo, and Amazon on one side and the major broadband service
providers like ATT, Qwest, and Verizon on the other over who is going to bear the cost
of distributing bandwidth-intensive content and how best to encourage innovation and
the required investment in new higher-speed broadband networks.
The content providers favor imposing strict net neutrality regulations on
telecommunications providers that would prohibit them from charging content services
higher fees in return for speedier delivery or guaranteed through-put and would
mandate that no content be prioritized over another. While that sounds great in
theory, there’s a downside to enforced net neutrality – skewed incentives and no
capability to prioritize critical services in times of national emergency.
Skewed Innovation. Under net neutrality, commercial providers of high bandwidth or
latency sensitive applications or content – for example, pay-per-view video providers –
are able to provide these premium services to their customers without internalizing the
ful cost of distribution because all users – even those without a need for high
bandwidth or low latency – are forced to pay equal y to underwrite the capacity necessary for these premium services. In addition, consumers and business providers with little requirement for service priority are prohibited from purchasing “interruptible” service at a discount. The result is a disincentive for content providers to compete on the delivery terms for content (for example, by offering consumers quality of service guarantees or discounts for off-peak or interruptible delivery) or to develop bandwidth conserving applications; and a disincentive for telecommunication providers to invest in new network capacity or services to manage congestion. Proponents of net neutrality argue that neutrality encourages “innovation” by subsidizing distribution for new entrants so that they can achieve market penetration and success. They also argue that dictating neutrality may be necessary because al owing network providers to prioritize traffic could lead to unfair business practices if carriers prioritize their own offerings over those of competitors – despite the fact that existing antitrust and unfair business practice law already prohibits such acts. The problem with the net neutrality proponents’ argument is that net neutrality skews innovation towards bandwidth wasting applications (think cheap gas and SUVs) and is premised on unlimited capacity. The network providers, on the other hand, argue that unless they can price their capacity to meet demand they have no incentive to invest in additional capacity, new technologies, or additional network services. Regardless of which side of this debate one takes, the simple fact is that as more bandwidth-intensive applications come online and demand for such services 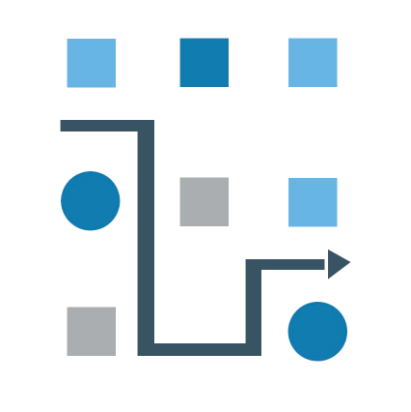 increases, bandwidth constraints wil emerge and network congestion wil become a significant issue for everybody. By some estimates, over eighty percent of email traffic today is spam. It won’t be long Center for
before high bandwidth consuming video spam wil be competing for available network Advanced Studies
in Sci. & Tech. Policy
capacity with mission-critical or life-saving data. For example, doctors are experimenting with using remote video feeds and robotic surgical tools to operate at a CAS Research Brief
distance – why prohibit telemedicine application providers from purchasing priority in Number 06-14
the network over the latest video Viagra pitch? However, even if routine congestion were not a problem, net neutrality puts public safety and economic recovery at risk in times of national emergencies. Surge Congestion. A recent study by the World Economic Forum and Booz Al en
Hamilton based on a simulation of a bird flu pandemic found that current telephone and Internet services would be overwhelmed and shut down in the first stages of a flu pandemic. One need only recal the congestion induced failures of the cel ular networks and the unavailability of major news websites on 9/11 to understand that there is not – and never wil be – sufficient “surge” capacity in the networks to enable reliable service for al traffic in large-scale emergencies, especial y as increasingly bandwidth-intensive applications come online. As more and more critical government and corporate services – including public safety and public health providers – move to IP based infrastructure for their primary communications needs this should cause arch Report
Pub lished by:
Current architectures only al ow for limited management of congestion problems during emergencies – in most cases only rudimentary load-balancing or reserved bandwidth The P rogram on
solutions without any ability to prioritize critical applications in the network. Telecomm
unications Policy
Development of a robust market for packet-based prioritization in the normal course of <telecom-program.org>
network operation would encourage development of the architecture and technologies al Information
that wil be needed for traffic prioritization in future emergencies. Socie ty Project
In the case of the flu pandemic, the need to prioritize critical private and public sector World Po licy Institute
data (for example, to support a telecommuting workforce or to distribute public health information to the public) over non-essential traffic wil immediately become apparent, however, without a robust pre-emergency market for prioritization there wil be no Prioritization. Net neutrality proponents like to invoke the public highway metaphor as
a model for open access and nondiscrimination – however, in the real highway system K. A. Taipale
we have flashing blue lights and sirens to prioritize public safety traffic, and we use Executive Director
HOV lanes and tol s to manage congestion – we must develop the same capacities for Ala na Tate
the public IP infrastructure if critical public and private sector services are going to rely Media Contact
primarily on these networks for their communication and data needs. 212-966-5801
This is not to suggest that in a national emergency only those who can afford premium service should have network access. Clearly some basic level of nondiscriminatory access should be mandated across al public networks, but market forces should 212-334-5064
determine whether bandwidth-intensive commercial applications should be required to internalize their own distribution costs or if non-critical applications can be provided on advancedstudies
However, in return for allowing the broadband network providers to freely price their •••
capacity based on demand, they should be required to develop architectures that can manage and prioritize network traffic in national emergencies while still providing some Copyright 2006
level of nondiscriminatory basic IP service to all. Should network providers abuse this pricing power to discriminate against competitors or to favor their own service offerings •••
unfairly, then existing anti-trust and unfair competition laws already provide remedies. K. A. Taipale is the founder and executive director of the Center for Advanced Studies in Science & Technology Policy. He is also a senior fellow at the World Policy Institute and an adjunct professor of law at the New York Law School.

Batteries Carried by Airline Passengers Frequently Asked Questions Q1. What kinds of batteries does the FAA allow in carry-on baggage (in the aircraft cabin)? A1. Passengers can carry most consumer-type batteries and portable battery-powered electronic devices for their own personal use. Spare batteries must be protected from damage and short circuit. Battery-powered devices mu

Here’s something that shouldn’t surprise anyone: A company that benefits from high power prices is lobbying for policies that would raise power prices for consumers. What should surprise everyone, however, is the sheer audacity of their effort: using a deeply flawed study to argue that tax incentives for wind power are “distortionary” while argu-ing for the exact same incentives for their