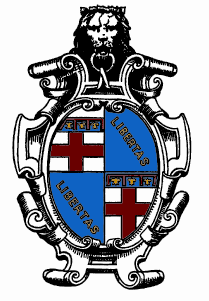 Bologna engages with Open Source
Sensitive to Open Source development, the city of Bologna takes part in further Open Source actions among which two EU projects: USE-ME.GOV Project (I) and the ACTOS Project (II). In addition to this projects, Bologna hopes to launch another project based on Open Source Software technology and cal ed “TARTESSOS” (III). In these projects, Bologna mainly focused on the development of Open Source technologies.
I. The USE-ME.GOV Project
The USE-ME.GOV Project (USability-driven open platform for Mobile GOVernment) aims at creating an open service platform for mobile users that wil be shared by networked authorities and institutions (e.g. on a regional scale) in terms of technical infrastructure, information (content) as wel as a framework for commercial exploitation. The USE-ME.GOV initiative is a European research and development project designed to support and encourage the access to new e-government services and any time and anywhere through the use of mobile communications, Internet and Open source technologies.
EDISOFT acts as the project coordinator and contributes with research on the distributed sharing of content,
namely with regard to the use of open standards for the sharing of geographical information in open service In terms of platform design and implementation of core services, EDISOFT is in charge of content provision and aggregation. The Content Provision Service (CPS) for example is responsible for retrieving content from GIS, Textual, Video, Sound and Image external data sources. These types of content can be bound to the external end- services, al owing public authorities to integrate their own information combined with content provided by other (public or private) external entities. In order to ensure openness and interoperability of the USE- ME.GOV platform, access to external data sources is implemented through a translation layer that can be adapted to particularities of the data sources (type of content, open standards).
As mentioned above, geographical information is one typical area for the use of open standards for distributed sharing of content. In this respect, EDISOFT ensures that the platform is compliant with W3C openGIS standards, namely the Web Mapping Service (WMS) and Web Feature Service (WFS).
EDISOFT is also the provider of the City Information Broadcast Service that aims to deliver information to mobile users according to the specific context in terms of interest and preferences, which also includes time, type of occurrence as wel as the geographical scope.
Project Objectives
The project objectives centre on a usability-driven approach for service conception, platform sharing and service application design as wel as business models that al ow for sustained service provision in order to overcome the major constraints for the exploitation of public mobile services.
The project team wil base their work on a few selected types of services that have universal applicability for different countries and regions and that are intended to have a clear, positive impact on the quality of public services. The main goal of this project has therefore been translated into the fol owing objectives: Open Service Platform for Mobile Government
The USE-ME.GOV project supports authorities entering the mobile market by providing an open source • to share common modules with other departments or authorities (for example subscription, alerting components), • to secure development and operation by open source transparency,• to attract further mobile operator independent of respective interfaces, and to estimate efforts, outcome and benefits in advance.
The open service platform must satisfy the most important and critical usability requirements in terms of user-friendly application interface design and interactivity with regard to information search, retrieval and presentation, user-friendly and easy service design, configuration and deployment for the public authority.
Open Service Platform with high-levels requirements
From a rather technical point of view, the platform should further comply with high-level requirements that impact positively on the overal cost of deployment: • sharing of information (content),• independence from commercial off-the-shelf software,• interoperability,• scalability.

A Retrovirus Implicated in Primary Biliary Cirrhosis What are PBC and PSC, and how do they differ? By David Rhodes When my son was diagnosed with primary sclerosing cholangitis(PSC) and ulcerative colitis (UC) in the summer of 2003, I set aboutchronic cholestatic liver diseases. Both arereading everything I could find about this (and related) liver andpresumed to have an autoimmune