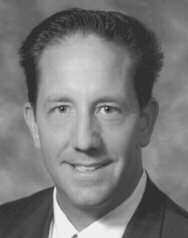 Calculated Words
Are Often Required
to Preserve an
Exclusive Market
for Next-
Generation
Therapeutics
the case of Schering v. Geneva wherein the BY PATRICK H. HIGGINS OF FOX ROTHSCHILD LLP court held that a patent claim which struc- structural terms in Smithkline Beecham v.
turally described a metabolite of loratadine Apotex, Fed. Cir., 03-1285,-1313, decided and hence invalid. 339 F.3d 1373 (Fed. Cir.
cially (PAXIL®), reads “Crystalline paroxe- ratadine, is formed in the patient’s body claim would theoretically have precluded, produced as an anhydrate. The court prop- erly construed the subject claim to encom- loratadine, the subject matter of the claim pass, without limitation, a crystal form of was found to be anticipated, i.e., “that which paroxetine hydrochloride that contains one Patrick’s practice is in the evaluation of would literally infringe if later in time antic- molecule of bound water for every two mol- legal risk in the pharmaceutical industry, ipates if earlier,” Schering citing Bristol- the strategic positioning of discovery assets, Myers Squibb Co. v. Ben Venue Labs., Inc., opinion work, and ANDA litigation. 246 F.3d 1368, 1378 (Fed. Cir. 2001).
The risk is always present, however, that properties and was discovered at about the Product ‘life-cycle planning’ has a blockbuster active pharmaceutical ingre- time of the application for patent, the court
dient now claimed structurally, for exam- found that the structure had necessarily pre- viously existed, even if only in a de minimus ceutical industry. Life-cycle planning gen- earlier, or to exist naturally. A variety of amount, resulting from the synthesis of the diverse claims, nevertheless, can usually drug-discovery assets by ‘data exclusivity’ be drafted by an experienced practitioner to Circuit fundamentally held that the superior define compositions of next generation ther- exclusive market for next-generation compo- apeutics, for example, to preserve market due to the fact that it existed, even though it sitions. ‘Next-generation’ products include, exclusivity even if the active entity, unbe- may not have been previously detectable.
knownst to the public or the inventor at the time of the invention, previously existed.
that, to reduce the risk to key elements of a As is necessary in the field of biochemistry, life-cycle planning portfolio due to a de jour for instance, valid claims drawn to recently Novelty, per se, is a paramount require- carefully drawn to leverage the value of dis- ment for patentability. Under Title 35 of the the subject matter in a manner that does not covery assets, even in reissue applications.
United States Code whoever invents or dis- As succinctly stated in Exxon, Inc. v.
Lubrizol Corp., “we are not free to read the matter, or any new and useful improvement terms such as “isolated”, “purified”, thereof, may obtain a patent thereof. Patent and/or “comprising … in a pharmaceuti- even if as drafted they do not accomplish claims, to be valid and enforceable, funda- caly-acceptable carrier”, as well as care- what the inventor may have intended.” 64 mentally, cannot describe anything that has fully composed product-by-process claims, F.3d 1553, (Fed. Cir. 1995), cert. denied., previously existed, regardless of whether it in many cases provide valuable protection, 116 S. Ct. 2554 (1996). IPT
was known to exist. This clarification of the recently decided by the Federal Circuit in Federal Circuit has again dealt the conse-