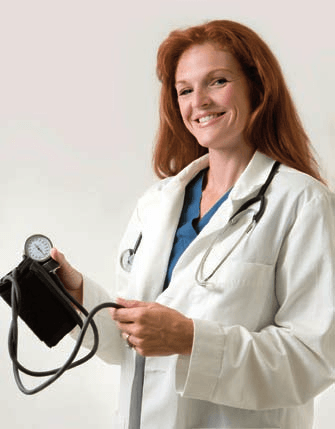 4_Learning points.qxp 29/11/2007 14:32 Page 264 Learning points
Diagnosing and managing hypertension can help minimise the risk of cardiovascular disease In the last article of the year in our Learning points series Candy Norris refreshes our knowledge on the As a major modifiable contributory factor in cardiovascular disease, the management of high blood pressure is an important way minimise this risk. However, to best achieve pressure targets in different patient groups not do regular exercise because of pressure Latanoprost 1 drop both eyes at night.
through participation and to this endquestions have been included throughout this article that will help you think about to spironolactone, metformin, co-codamol, reading through the case study andassociated questions — which you are In view of his renal impairment and raised microalbuminuria/creatinine ratio of 7,what would be a target blood pressure for ˿ understand the different blood pressure this patient and what guidance is this based in their Clinical Guideline H (October 2002)1 for people with diabetes is <140/80 guidance is taken from the Chronic kidney disease in adults: UK guidelines (March above: Although patients might not feel anxious
pharmacist-led hypertension clinic held in about having their blood pressure measured, some patients do experience a significant rise in blood albuminuria or proteinuria and for those with intensive control of his hypertension. He pressure simply because they are attending a total proteinuria of >1g per day the target clinic. This ‘white coat’ hypertension is sometimes incorrectly interpreted as genuine hypertension. mended for this patient is <130/80mmHg.
NOVEMBER/DECEMBER 2007 PHARMACY IN PRACTICE 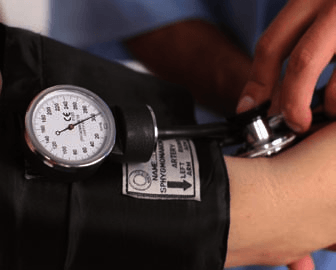 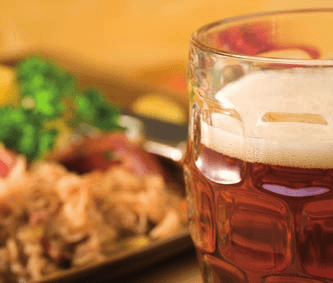 4_Learning points.qxp 29/11/2007 14:32 Page 266 Learning points
thought to have raised blood pressure. This that dependence on drug therapy alone will result in prolonged drug therapy for a large could suggest the possibility of coarctation This patient needs to address his obesity cardiological procedures, such as cardiac problem and lack of exercise. Unfortunately, these two lifestyle factors often go hand-in- hand, and because he is also taking insulin, starting a weight loss programme couldseem to be an uphill struggle.
Why would this patient be at risk of ‘white highlighted as a key factor in hypertension,4 The patient could be at risk of white coat istockphoto be that there are some gentle exercises that secondary care clinic and, therefore, visiting outpatients at hospital. Although patients smoker but does drink some alcohol, which above: Blood pressure readings should be made in
both arms with the patient seated at the initial assessment. This is important to check whether there are any differences that might suggest co- having ‘hypertension’ using conventional existing disease or anatomical variation. The ions of two or more lifestyle modifications blood pressure readings should then be repeated could achieve even better results. However, have ‘white coat hypertension’ and may not with the patient in the standing position to check in practice it still seems that many patients find the theory easier to get to grips withthan the application of it, and this is one systolic or diastolic differences described, blood pressure reading should be used for in the sitting position, at the initial visit is the most effective method of determining standing position. This is so that any degree result of ‘white coat hypertension’ or of postural drop can be assessed and taken into consideration in the drug managementof the patients.
At the initial visit where should his blood What additional lifestyle measures should above: This patient is overweight, does little
exercise and does drink some alcohol. Helping him
to consider lifestyle factors, such as his diet, drinking habits and exercise, might therefore, lifestyle advice.4 The guidelines point out make a significant impact on his blood pressure. NOVEMBER/DECEMBER 2007 PHARMACY IN PRACTICE 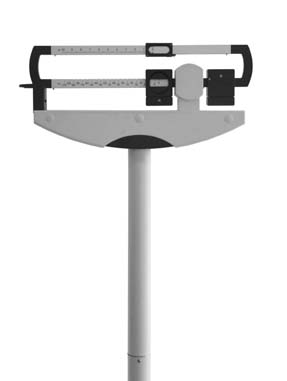 4_Learning points.qxp 29/11/2007 14:33 Page 267 Learning points
In relation to current guidelines how well ideations and should not be used unless the microalbuminuria is ramipril.1 Unfortunat- with ramipril if appropriate. However, he is agent (Irbesartan) — and is taking this second line drug at the maximum evidence- based dose for this group of patients.
recent large clinical outcome trials hadprovided new information.8 A major change is that of beta-blockers being no longer a is taking atenolol, which is an appropriate preferred initial treatment for hypertension.
second line drug. The dose is 25mg daily, However, unless there are good reasons for and so it may be possible to increase this already stabilised, it is not recommended precludes the use of bendroflumethiazide.5 He is not taking a calcium channel blocker, above: Weighing patients regularly may help them
to address their obesity problem and adhere to a
healthy diet to keep their weight down. Candy Norris, clinical pharmacy manager,
Harrogate and District Foundation Trust, UK As discussed above, the next step would be References
1. National Institute for Health and Clinical Excellence. Clinical Guideline H. Management of type 2 diabetes. Management of added at 5mg daily for four weeks and then blood pressure and blood lipids. National Institute for Healthand Clinical Excellence, London, 2002. Available at: http:// increased to the maximum of 10 mg daily.
www.nice.org.uk/nicemedia/pdf/NICE_INHERITEd_Hv8.pdf.
2. Joint Specialty Committee on Renal Medicine of the Royal College of Physicians of London and the Renal Association.
Chronic kidney disease in adults UK guidelines foridentification, management and referral. London: Royal patient, there are often problems with the side-effect of swollen ankles in females. In 3 .Ramsey L, Williams B, Johnston G, MacGregor G, Poston L, Potter J, Poulter N, Russell G. Guidelines for management of hypertension: report of the third working party of the British studies evaluating rimonabant 20mg versus Hypertension Society, 1999-BHS 111. J Hum Hypertens 1999;
13: 569–92.
placebo in addition to a hypocalorific diet.7 4. Williams B, Poulter NR, Brown MJ et al. British Hypertension Society Guidelines. Guidelines for management of Is it appropriate to consider rimonabant for hypertension: report of the fourth working party of the British Hypertension Society, 2004-BHS1V. J Hum Hypertens
2004; 18: 139–85.
5. British National Formulary 54 September 2007 Appendix 3 cholesterol, triglyceride levels and systolic 6. British National Formulary 54 September 2007 Section 4.5.2 diet and exercise for the treatment of obese Centrally acting appetite suppressants.
underlines the appropriateness of this drug 7.Curioni C. Rimonabant for overweight or obesity. Cochrane Database and Systematic Reviews 2006; Issue 4.
patients (BMI>27kg/m2) with associated 8. National Institute for Health and Clinical Excellence.
Management of hypertension in adults in primary care:pharmacological update of Clinical Guideline 18, 2006.
NOVEMBER/DECEMBER 2007 PHARMACY IN PRACTICE

WEANING FROM ANTI-CONVULSANT MEDICATION IN AN AUTISTIC EPILEPTIC CHILD Chanchal Cabrera MSc MNIMH, AHG Andrew was 4 ½ years old when his mother brought him to see me the first time in April 1996. He had been diagnosed in December 1995 with mild (high functioning) autism and was attending a pre-school for developmentally challenged children. In the office he was bright, cheerful and c

Smithers Summary Shandi Hopkins was admitted to the residential treatment program, Smithers Alcoholism and Rehabilitation Center, at Roosevelt Hospital on 4/18/01 and discharged 5/27/01. He was in touch with me regularly, sometimes twice a day while in the program. I obtained an 800 number to enable him to stay in touch with me when I moved from New York last July to begin teaching at Illinoi