In the last part of 2004, my husband Dean hours of healing are the most important in any and myself were challenged with understanding injury. Over the years I learned that my dad how to medicate the body. On November 15, could see the energy field around the body.
Dean had a second stroke which disabled the left Often, he would just give sugar pills. He had the side of his body. Because he could not walk or special ability to put certain frequency into the stand without falling, and because he had diffi- sugar pills that would balance the body. He did culty swallowing, I had to put him in the hospi- this with his own mind energy. I believe that is tal. To thin his blood, his doctors prescribed why I studied Homeopathy, and later got in- Plavix, Tenormin,and Lipitor. On December 23, volved with the oils when I met Dr. Young. Both I had a spiral break of the right leg at the ankle.
of these forms of healing balance the energy In both cases we had to obey the orders from the field and allow the body to use its own inherent doctors. In my case, I had to have four screws consciousness. This is why blocking the system and a plate put along the fibula to hold the bone ultimately leads to blocking the spiritual devel- in place. Because of our knowledge of medicat- ing the body, Dean was up and walking within 3 The sad part is that the medical profession is weeks, and by the end of 4 weeks, I could walk beginning to learn that when a person is on two with only a small shoe brace. The secret to our or more medications, their patients may suddenly die. There are thousands of reports of medica- working with the body and dealing with the tions like Vioxx ,causing sudden stroke or heart pain. The medications that Dean and I were put attack. This is simply because the body cannot on are all considered blockers, and can interrupt be blocked. Its natural reaction is to bring bal- the healing powers of the body, and even block ance. So, the energy field of the body really the spiritual development of the soul. All one has to do is to walk into a nursing home and see the effect of prescribed drugs and how these quickly because I would not take pain medica- people are all spiritually unconscious. The tion. I discovered that most of the pain was due to a disruption in my energy field and to infec- aromatherapy, herbal medicine and Homeopa- tion. I applied large amounts of Christmas Spirit thy, bring balance to the body and encourage the to my leg and even bathed in it. Christmas Spirit person to become more spiritually adept. It stops staph infection. As long as I kept the becomes difficult when you are medicating a swelling out with Homeopathic remedies like body that is ordered to take blockers and still Arnica and Ledum (Ledum essential oil is now use the alternative methods of balance and available from Young Living), I seemed to have little pain. I also learned that I did not have to At a young age, I learned that pain medica- start with Valor. Valor has a low frequency, and tion stops the healing action. My father, James is used to deal with immediate trauma. In my E. Mahan, M.D., taught this to me in many case, I needed to raise the frequency in my body.
ways. His office was next door and often he When my friends would come over to help me, would call me over to assist him in treating they wanted to start with Valor, but often I people late at night. If a drunk came in with a dowsed out something like Aroma Seize, to take large cut he would sew him up without pain the spasms out of the nervous system. At the medication. When I asked him why, he said the present time, I feel that I am slightly allergic to novocaine stops the healing action. The first few the metal plate and screws that were put in my 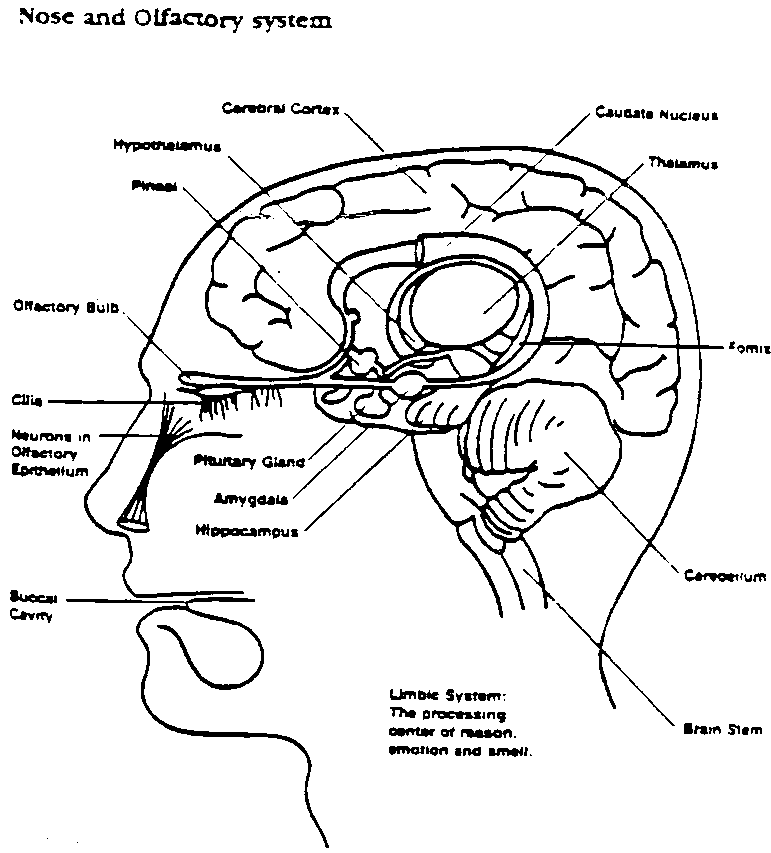 leg. I have a friend come once a week to do chakras are controlled in the center of the brain Reiki and to use Exodus II on my leg to block by the limbic system. The limbic system consists the allergic reaction that I am having due to the of the amygdala, pituitary, thalamus, hypothala- mus and pineal glands. The pineal gland is In Dean’s case, it was important that he sometimes called the third eye. It is this chakra stayed in the hospital and nursing home because field that contains the energy channels used by he needed physical and occupational therapy.
acupuncturists. The first law of healing should Every night I would go and apply oils on him to read. “Change the energy, you change the chemi- counteract the reaction of the drugs that were blocking his system. The reason Dean had a Each component in the medication, whether stroke was because he does not drink enough an oil or a drug creates a different spinning fluids. Now, when his blood pressure stars to go pattern in the blood. There are four major cat- up, he can lower it by simply drinking water. I think this is a problem with many people who are on so many medications. If they would simply drink purified water, they could flush their systems and be free from all the poisons Over the past 25 years, I have studied the healing properties of herbs, Homeopathic rem- restore its natural frequency and return the body edies, and now, the essential oils. The one thing that I have learned from this study was to under- Bruce Tainio. a researcher who has worked stand the process of how the healing action with Young Living Essential Oils, has developed occurs in the body after it is medicated. Modern a device to measure the Henzian (Hz.) frequency science has never explained to my satisfaction in essential oils. In an old product catalog, Young how medications; drugs, herbs, Homeopathic Living Essential Oils states that. “A healthy remedies, or applied oils, work in the body.
body. from head to foot, typically has a fre- Example: How does an aspirin reduce the pain in quency ranging from 62 Hz. to 78 Hz., while the nerve? What is the process that allows this to disease begins at 58 Hz.” Essential oil blends happen? What I am beginning to understand is typically have a frequency of 47 Hz. to 192 Hz., that the body is electrical in nature. Any medica- although some of the single oils, like rose, carry tion introduced to the body, whether it is an applied oil, an herb, or a drug, creates a spinning The oils can raise the frequency within the factor in the blood and nerves which causes a body because they are designed by Young Living frequency change in the electromagnetic field.
This in turn allows the body to react to themedication, that is, the aspirin reducing the painin the nerve.
The spinning patterns of the chemicals create the polarity in the blood. The introduction ofcertain chemicals like phenols, esters, ketonesand terpene alcohols, change the polarity in theblood. Some components, like sesquiterpeneseven cross the blood brain-barrier. After theblood is changed, the hypothalamus and the thirdeye view the frequency change in the blood, andin turn, change the whole electromagnetic field.
This field, called the chakra system, consists ofseven major spinning wheels of energy. The 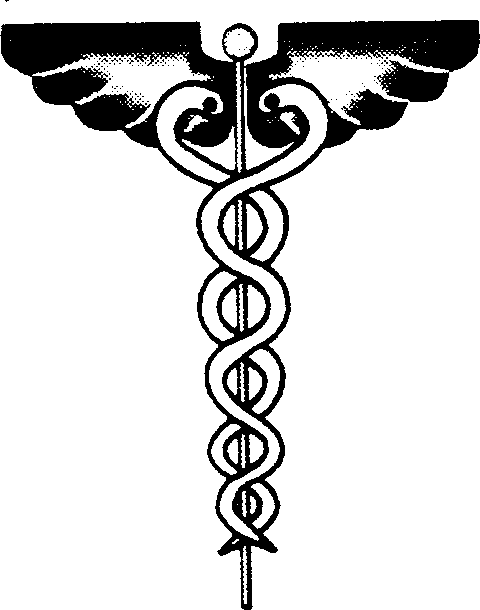 to create a certain frequency. Rose oil has a burn healed completely without a trace of a scar.
frequency of 320 Hz., and the frequency of Valor As a chemist, he analyzed the essential oil of is 47 Hz. Why the difference? Before many lavender and discovered that it contained many people can start to heal from a sudden trauma to substances referred to as chemical constituents or the body they have to lower the frequency.
chemical properties. Because of this situation, Remember, disease is only a disruption within the ancient art of Aromatherapy began its re- the electromagnetic field. Disease starts at below 60 Hz., a cold at 58Hz., candida at 55Hz., cancer From this experience we know that lavender oil helps to heal burns. However, if the lavender When you use oils on yourself because of a oil doesn’t contain a high percent of natural lowered frequency, you should start with an oil linalyl acetate, at least 50%, it will bum the skin that is going to act as an expectorant to cleanse instead of healing the burn. The healing takes the mucus membranes. These oils contain ke- place because the linalyl acetate creates a posi- tones and cineol. Sage and hyssop are examples tive spin within the blood and nerves, and returns of oils that contain ketones, and ravensare and the electromagnetic field back to a normal eucalyptus contain cineols. The second stage of this program is to eliminate pathogenic bacteria What modern science doesn’t realize is that through the use of bactericidal essences. They this energy change takes place with the introduc- are the aldehydes, monoterpenes, phenols and Some of the most beneficial molecules found in essential oils are alcohols. Linalol and terpin- eol are two examples for so-called terpene- alcohols. Terpene alcohols for the most part are mildly electropositive molecules giving them broad overall antiseptic powers, which are usually further enhanced by the other compo- nents present in a given essential oil. Essences containing a high proportion of terpene alcohols stood the action of the electromagnetic field in very often also contain the respective esters of the healing process. The medical staff, which is these alcohols, like in lavender. Lavender es- an emblem of coiled snakes, clearly diagrams the sence is not only rich in linalol, but also in process of changing the energy to a balanced linalyl acetate, a molecule produced through field. The snake represents the spin factor in the reaction of this alcohol with acetic acid.
blood and nerves. The wings symbolize freedom It is the linalyl acetate in the lavender oil that from disease. The chakras are energy wheels helps to heal the burns. In 1920, after burning which run the whole body. It is by changing the himself in his laboratory, Dr. Rene Maurice frequency within the blood, by the introduction Gattefosse reopened the study of Aromatherapy.
of a drug, herb, or oil, that the chakra system is While working in his laboratory, he had an activated in such a way to bring about a change accident that resulted in a third degree thermal in the physical body. The higher the frequency of burn of his hand and forearm. Intending to cool the medication, the easier it is for the chakra the burn, he saw that his colleague had just system to balance the physical body. After brought in a container from the cooler, so he studying the oils, we know that the frequency plunged his arm into a vat of lavender oil, think- within the oils is exttemely high. This allows the ing that it was water. To his surprise, the burning body to be raised to a frequency above 60 Hz.
sensation slowly decreased and then stopped where disease cannot affect the human body.
within a few moments. Over a period of time, Healing truly takes place when you understand with the continual application of lavender oil, the the proper way of medicating the body.
Mary Hardy is an Independent Distributor for Young Living Essential Oils. Any material presented in this article is her own interpretationand does not always express the views of Young Living Essential Oils. Please copy and distribute freely.