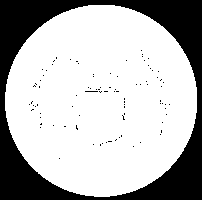 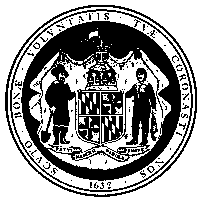 MEDIA CONTACT:
Regina L. Davis, [email protected]
410-767-8054 / 443-286-6870 (cell)
February 17, 2012
FOR IMMEDIATE RELEASE
Maryland Public Service Commission Conditionally Approves Directs Creation of a New $113.5 Million Fund for BGE Customers, $100 Rebate and Baltimore—The Maryland Public Service Commission (the Commission) today announced through Order No. 84698 the approval, with conditions, of the application to merge Exelon Corporation (Exelon), Constellation Energy Group (CEG), Baltimore Gas & Electric (BGE) and Exelon Energy Delivery Company, LLC. The Commission’s approval lists 40 conditions, including requirements that the new company create a $113.5 million Customer Investment Fund to invest in energy efficiency and low-income energy assistance and provide a $100 rate credit to BGE residential customers within 90 days. The conditions also include enhanced ratepayer protections, such as the strengthening of certain aspects of BGE’s existing ring- fencing conditions and safeguards against the new company’s ability to increase wholesale electricity prices by exerting market power. The Commission conducted extensive evidentiary hearings into the proposed merger, including live testimony from 37 witnesses, 75 pre-filed testimony submissions, 371 exhibits, a transcript of almost 4,000 pages and three evening public comment sessions. The Commission stated in its Order that, as filed originally on May 25, 2011, WILLIAM DONALD SCHAEFER TOWER • 6 ST. PAUL STREET • BALTIMORE, MARYLAND 21202-6806 “this Merger raised serious concerns” and that “[a]fter a comprehensive review, we can say that we could not have approved it in its original form.” With appropriate conditions, the Commission determined that the proposed Merger is finally “consistent with the public interest, convenience and necessity, including benefits and no harm to ratepayers.” The conditions were designed to protect ratepayers and to ensure benefits to consumers, which fulfill the requirements of Section 6-105 of the Public Utilities Article of the Annotated Code of Maryland. Among the conditions established in the Order, most of which were contained in the Joint Settlement among Exelon, CEG, Governor O’Malley and the Maryland Energy Administration and other parties, Exelon will be required to “develop 285-300 megawatts (MW) of new generation within Maryland to protect Maryland consumers from higher rates resulting from Exelon’s increased market power; … invest $113.5 million over a three-year period into a fund for the purpose of providing energy efficiency and low-income energy assistance to BGE customers; and … provide all BGE residential consumers with a $100 rate credit within ninety (90) days of consummation of the Merger.” Exelon will also be required to maintain and enhance BGE’s current ring-fencing protections, which will continue to limit Exelon’s ability to draw dividends from BGE and to insulate BGE from financial risks flowing from Exelon’s unregulated operations. Other commitment terms cover areas of credit rating, safety standards, supplier and workforce diversity and charitable giving. The $113.5 million Customer Investment Fund redirects payments proposed for the Electric Universal Service Program ($10 million), the EmPower Maryland programs ($10 million), and low-income weatherization ($50 million) and includes half of the estimated future synergy savings ($43.5 million). The Commission will conduct proceedings in the future on this matter to determine further details of the funding mechanics and The Commission acknowledged “the enormous size of the Merger and the significant benefits and responsibilities Exelon will receive as a result” and expressed the hope that Exelon “will appreciably increase its level of charitable investment in Maryland rather than simply continue the status quo.” WILLIAM DONALD SCHAEFER TOWER • 6 ST. PAUL STREET • BALTIMORE, MARYLAND 21202-6806 The utilities have 10 days from the date of the ruling to notify the Commission in writing if they reject the terms set forth and decide not to move forward with the merger. Assuming that they decide to proceed, CEG will become a subsidiary of Exelon, with no publicly traded stock. Exelon and CEG shareholders will, respectively, own 78% and 22% of the combined company. Along with BGE, Exelon will have three utility companies (including PECO Energy Company and Commonwealth Edison Company) that will be governed directly by Exelon Utilities, an BGE headquarters shall remain in Baltimore, “…remain locally managed, and continue to serve its customers under its own name.” The Commission retains the authority to “divest BGE from its parent company should certain serious calamities occur.” The Order also notes that in terms of job creation, the merger will have a “net-positive effect” and is “consistent with the public interest.” The 116-page Order No. 84698 is available on the Commission’s website, WILLIAM DONALD SCHAEFER TOWER • 6 ST. PAUL STREET • BALTIMORE, MARYLAND 21202-6806