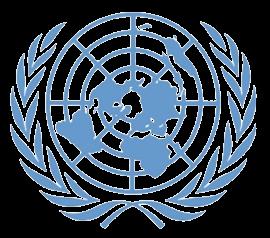 What’s the issue?
The modern pharmaceutical industry is a lucrative one, with the largest ten pharmaceutical companies in the world each featuring in the top 400 companies in the world (for example, the USA based pharmaceutical company Pfizer reported sales of $45,083 million in 2006). It is undeniable that pharmaceutical companies play a pivotal role in the healthcare of the world, the pharmaceutical company GlaxoSmithKline produces almost 4 billion packs of medicine and health care products each year and in 2012 they spent just under £4 billion on development of new medicines and vaccines (including research into the World Health Organisation’s 3 priority diseases – HIV/AIDS, tuberculosis and malaria). Also, beyond the purely social elements of pharmaceutical companies they also provide millions of jobs worldwide, GSK (GlaxoSmithKline) have offices in more than 115 countries and a manufacturing network with 87 sites globally, employing a total of over 100,000 people. Many pharmaceutical companies claim that they are already doing their part to improve healthcare in the developing world, for example GSK donated 750 million albendazole tablets to treat over 130 million people with elephantiasis (an infectious inflammatory disease) in 2007, and they invested 3.8% of their pre-tax profits (£282 million) in community programmes. However, with 2.2 million children dying each year because they are not immunized and AIDS killing over 1.5 million people per year, many believe that pharmaceutical companies are abusing their power, and need to be doing more to combat diseases in the developing world. What about branded pharmaceuticals?
Pharmaceuticals can be sold under two broad categories, generic or branded, and whilst the generic drugs are chemically identical to their brand-named equivalents, branded drugs may be 3 to 30 times more expensive to purchase (making them prohibitive for much of the world’s population). For example, the generic drug fluoxetine hydrochloride is marketed as Prozac by its manufacturer Eli Lilly. What are the ‘essential drugs’?
The WHO regularly publishes updated lists of “essential drugs”, which are generic drugs that can provide safe, effective treatment for most communicable and non-communicable diseases such as diarrhoea, tuberculosis and malaria, and these lists are widely regarded as an important tool in increasing access for the world’s population to effective healthcare. However, these lists are unpopular in countries with strong pharmaceutical industries – the WHO essential drugs list is not implemented in the USA or any EU country (which combined are the locations of 8 out of the largest 10 pharmaceutical companies in the world). In fact in the USA the federal government is now prevented from encouraging the use of generic drugs following legal action from the Pharmaceutical Manufacturers’ Association. What about drug development?
The largest profits in the pharmaceutical industry come from the sale of brand-name drugs in developed countries. Research into tropical diseases affecting hundreds of millions of people in less developed countries receives only a small proportion of the sum spent on cancer research. Most money is spent on developing drugs to control “diseases of affluence” such has heart disease, cancer and high blood pressure. Patents for new drugs are viewed as “intellectual property” and it is illegal to make generic copies of them for 20 years, Therefore, many new drugs that WHO may regard as “essential” are not available in generic form. However, whilst pharmaceutical companies are criticised for this they point out that enormous investment into research and development is required to develop a new drug, in 2009 industry-wide research and development reached a record $65.3 billion, and only 1 out of every 10,000 discovered compounds actually becomes an approved drug for sale. What about marketing and distribution?
Branded drugs are rarely seen among consumer goods in the developed world as consumers tend to have little choice in the drug they purchase and use, patients tend to use whatever their doctor prescribes for them. Therefore the industry spends large amounts on heavily targeting doctors with its marketing, providing free samples of drugs, giving away everyday items (such as pens and calendars), advertising in medical journals and arranging visits of sales representatives to surgeries and offices. Also, another criticism aimed at pharmaceutical companies is that they tend to treat the symptoms rather than the root cause of the problem, as this will generate a larger revenue. Important Points
Should the UN subsidise the price of drugs to the developing world? Should the patents on drug development be reduced to allow more companies to produce life- Should the UN be doing more themselves to research and develop against life-threatening Should the UN force countries to promote the WHO essential drugs list? Should the UN be doing more to promote generic drugs over their branded counterparts? Useful websites
www.wikipedia.org/wiki/Pharmaceutical_industry

Effective January 1, 2012 2012 EMPIRE PLAN FLEXIBLE FORMULARY Administered by UnitedHealthcare The following is a list of the most commonly prescribed generic and brand-name drugs included on the 2012 Empire Plan Flexible Formulary. This is not a complete list of all prescription drugs on the flexible formulary or covered under The Empire Plan. This list and excluded medications are