Figure 1: Ground Level View at Ida B. Wells Showing Apartment Buildings With
Varying Amounts of Tree and Grass Cover
leaving some areas completely barren, others with small trees or some grass,and still others with mature high-canopy trees (see Figure 1). Because shrubswere relatively rare, vegetation at Ida B. Wells was essentially the amount oftree and grass cover around each building.
A number of apartment buildings at Wells were excluded from this study.
First, the high-rise and midrise (seven-story) buildings were excluded to keepthe buildings sampled similar in size, number of residents, and amount ofoutdoor common space. Second, of the 124 low-rise (one to four stories)apartment buildings, those buildings adjacent or nearly adjacent to the policestation within the development were excluded because the presence of policeofficers would be expected to be a significant deterrent to crime. And finally,a small cluster of low-rise buildings was excluded because the buildings’irregular placement with respect to each other and the street made it unclearwhere the common space associated with one building ended and the nextbegan. The final sample included 98 buildings.
Ida B. Wells offers a number of rare methodological advantages for inves- tigating the relationship between residential vegetation and crime. Althoughlevels of vegetation outside the apartment buildings vary considerably, theresidents are strikingly homogeneous with respect to many of the individualcharacteristics that have been shown to increase vulnerability to crime—income, education, and life circumstances. This similarity among residentscoupled with the consistent low-rise architecture decreases the sources ofextraneous variability in crime. This increases the power to detect differencesin the amount of crime associated with differences in the level of vegetationoutside each apartment building.
Perhaps more important, the apartment assignment procedures and land- scaping policies of public housing work to ensure that there are no systematic relationships between the vegetation outside an apartment building and thecharacteristics of its residents. Applicants for public housing at Ida B. Wells(and elsewhere in Chicago public housing) are assigned to individual apart-ments without regard for the level of nearby vegetation. And although resi-dents have some choice in accepting or rejecting a particular apartment intheory, in practice the level of nearby vegetation is not a significant factor inresidents’ choices, and most residents simply accept the first available apart-ment (Kuo, Sullivan, et al., 1998). Moreover, residents play little or no role indecisions to introduce or remove trees. Thus, in this study, there were no a pri-ori reasons to expect a relationship between the level of vegetation outside anapartment building and the characteristics of its inhabitants—more “respon-sible” residents might just as likely live in barren buildings as in greenbuildings.
MEASURES
Crime reports. Chicago Police Department year-end Uniform Crime Reports were analyzed for this study. These crime reports summarize foreach address at Ida B. Wells the specific crimes (e.g., aggravated assault andstrong-armed robbery) that were reported during the year. These reportsinclude both citizen-initiated complaints and those filed by an officer withouta citizen complaint.
When a crime is reported to the police, an officer is dispatched to interview the victim or victims and any witnesses. The officer then files a report aboutthe incident describing the specific crime or crimes, the date, the addresswhere the crime(s) occurred, and other pertinent information. Details fromthis report are then summarized in the year-end crime reports.
From 2 years of crime reports, we created three summary variables index- ing crime for each low-rise apartment building at Ida B. Wells, following theclassification scheme used by the Department of Justice (Bureau of JusticeStatistics, 1999). In this scheme, property crime is the sum of simple thefts,vehicle thefts, burglaries, and arson; violent crime includes assaults, batter-ies, robberies, and homicides; and total crimes is the sum of all crimesreported.
Vegetation. To assess the density of trees and grass around each of the low-rise buildings, we took dozens of 35mm slide photographs of the devel-opment by helicopter, passing over each cluster of buildings from a numberof vantages (see Figure 2). We also took ground-level photographs of many ofthe outdoor spaces. All the slides were taken in June when the tree canopy 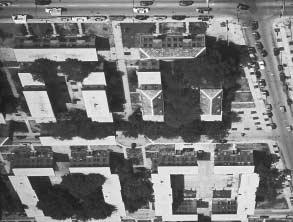 Figure 2: Aerial View of a Portion of Ida B. Wells Showing Buildings With Varying
Amounts of Tree and Grass Cover
was full and the grass was green. For each building, the aerial slides were puttogether with slides taken at ground level; there were at minimum three dif-ferent views from aerial and ground-level photos of each space (front, back,left side, and right side) around each building. Five students in landscapearchitecture and horticulture then independently rated the level of vegetationin each space. Each of the individuals rating the spaces received a map of thedevelopment that defined the boundaries of the specific spaces under study.
The raters viewed the slides and recorded their ratings on the maps. A total of220 spaces was rated, each on a 5-point scale (0 = no trees or grass, 4 = a spacecompletely covered with tree canopy). Interrater reliability for these ratingswas .94.1 The five ratings were averaged to give a mean nature rating for eachspace. The nature ratings for the front, back, and side spaces around eachbuilding were then averaged to produce a summary vegetation rating. Ratingsof vegetation for the 98 buildings ranged from 0.6 to 3.0.
Other factors likely to affect crime. Four additional variables possibly related to vegetation and the number of crimes reported per building wereassessed through (a) on-site analysis, (b) Chicago Housing Authority floor Simple Ordinary Least Squares Regressions
Using Vegetation to Predict Crimes Per Building
plans of each building type in the development, and (c) Chicago HousingAuthority apartment vacancy records.
Number of units is the number of apartment units in a building; the range Number of occupied units is the average number of units rented in a partic- ular building during the 2 years of the study; the mean was 7.8, and the rangewas from 0.5 to 15. We were able to obtain data on 84 of the 98 buildings inthis sample.
Vacancy is the 2-year average of the number of vacant apartments divided by the number of units in the building; the mean was 13%, and the range wasfrom 0% to 92%. We were able to obtain data on 84 of the 98 buildings in thissample.
Building height is the number of floors in a building; the range was from 1 If vegetation reduces crime, then we would expect to find that the greener a building’s surroundings are, the fewer crimes reported. Perhaps the moststraightforward test of this possibility is to conduct simple regressions withvegetation as the independent variable and the three summary crime indicesas dependent variables (see Table 1). Results from these ordinary leastsquares regressions indicate that vegetation is significantly and negativelyrelated to each of the measures of crime. The greener a building’s surround-ings are, the fewer total crimes; this pattern holds for both property crimesand violent crimes. For each of the three indices, vegetation accounts for 7%to 8% of the variance in the number of crimes reported per building.
Figure 3 provides a more concrete sense of the amount of crime associated with different levels of vegetation. For this figure, the continuous vegetationvariable was recoded into the following three categories: low (ratings from 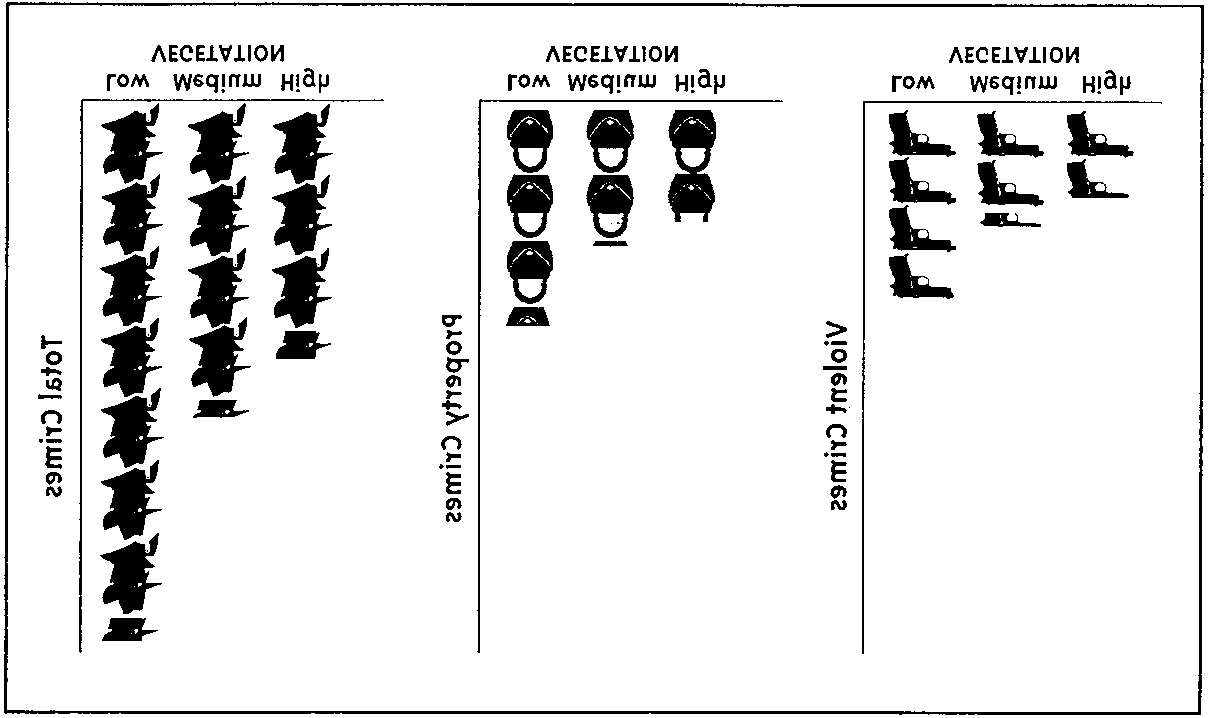 This publication is a report of current activities and information from the ISM national Special-Interest Groups and Forums and is provided to the ISM membership. Association Management Forum Corporation in Norcross, Georgia, as director of materials and also serves on the board of directors for APICS in The Association Management Forum (AMF) has devel-oped a new Web site, which can b