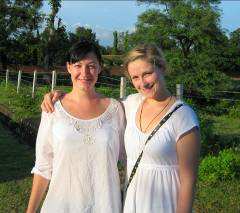 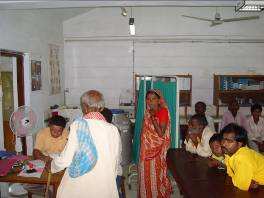 The Role of Podiatry in the Treatment of Leprosy Catherine Waller, a final year Podiatry student at the University of Brighton, was awarded the Cosyfeet Study Award 2008.The £1000 grant helped to fund her voluntary research trip to Nepal, looking into the role of Podiatry in the treatment of Leprosy. Her report is published here. In August 2008, after completing the second year of a Bsc (Hons) Podiatry degree at the University of Brighton, I and fellow student Rosalie Rea, travelled to Nepal for a month to volunteer at the Lalgadh Leprosy Hospital in the South Terai area. This amazing experience enabled us to observe and take part in foot surgeries on almost a daily basis. It gave us knowledge, skills and confidence that we can bring to our patient care in the UK, and left us with enormous respect for the leprosy sufferers who we were so privileged to meet. Our interest had begun when a group of podiatry students from the university visited the hospital two years previously. Following the presentation of their trip I instantly wanted to experience it for myself. A lot of planning went into our visit, with a great deal of help from the Nepal Leprosy Trust. Although I had some idea of what to expect, I was keen to get there and experience it firsthand. When we arrived in Kathmandu we were picked up from the airport and taken to a guest house over night. Our excitement to be there was almost overwhelming. The streets were very busy and the traffic didn’t seem to have much discipline. The extreme heat also took some getting used to. The next day we took an internal flight to Janakpur, followed by an extremely bumpy ride the rest of the way in a Land Rover. When we arrived at the hospital it was breathtaking, with lots of trees and flowers everywhere, in total contrast to the dried up rivers and dusty roads we had seen on the journey through the nearby villages. As we arrived on a Friday afternoon, the staff had finished for the day and the hospital would reopen on Sunday. This provided a welcome opportunity to catch-up on sleep, and a chance to look around while it was quiet. 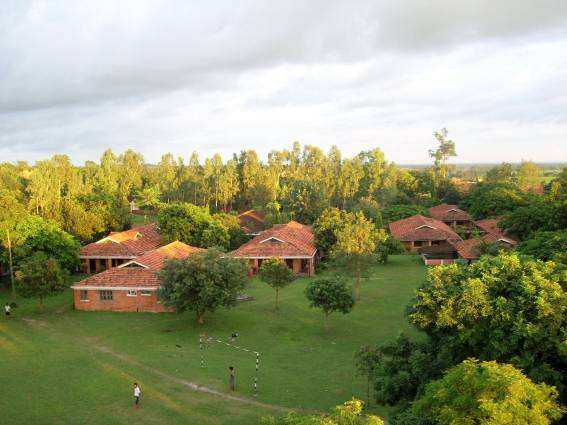 The Lalgadh Hospital was set up and is owned by the Nepal Leprosy Trust. It not only treats those affected by leprosy, but also helps to educate through self care programmes. These programmes inform patients about how to care for their anaesthetic hands and feet, and how to deal with disabilities caused by the disease. The hospital also teaches literacy and safe cooking. Still other projects there are designed to support patients as they integrate back into the community, for when they are cured from leprosy but have to live with physical deformity. These patients may receive a monthly allowance to help them if they are unable to return to work, and the trust has even built houses for former patients. Leprosy has a great deal of stigma attached to it, and many people have a very outdated view of the disease. My experience in Nepal has given me the chance to pass on the facts, and to try to prevent the unhelpful misconceptions that prevail surrounding the subject. Around 200,000 people worldwide are being treated for leprosy, but the true figure of leprosy sufferers may be much greater. Many cases go undiagnosed, or sufferers opt to disguise their disease rather than have it treated, so anxious are they to avoid stigma from their community and their family. Such stigma can have brutal consequences, both emotionally and socially. Many myths surround leprosy, for example that it cannot be cured, and that limbs can simply fall off, but with education, the Nepal Leprosy Trust is trying to stamp out these myths once and for all. Leprosy is curable, and although limbs and digits can be lost, this is through amputation, which can become necessary when nerve damage leads to ulceration, and in turn to infection, both of the soft tissues and in the form of Osteomylitis. Leprosy, also known as Hansen’s disease, was discovered by Dr G. A. Hansen in 1874, and acquired its name from the bacteria which causes it: Mycobacterium Leprae. Under the microscope the bacteria is seen as a slightly curved, rod shaped organism, and if untreated can be found in the nasal passages, mouth and open skin lesions. Hansen had many difficulties identifying the characteristics of the organism as it proved extremely difficult to cultivate synthetically, until it was eventually found in an infected armadillo and was successfully injected into a mouse foot pad (Dept of Health 1987). Leprosy begins with infection from the bacilli. It is still unclear how exactly leprosy is transmitted from person to person, but it is thought to be linked to close contact with suffers over many years, and to be caught through coughing and sneezing within close quarters, for example in cramped living conditions. (Skin to skin contact has been ruled out unless open abrasions are present in both parties.) As I saw in Nepalese villages, most of the houses are very close together and are very small, with no real personal space or separate rooms, and in some cases they open onto the street. The conditions certainly exist there for the spread of the disease. 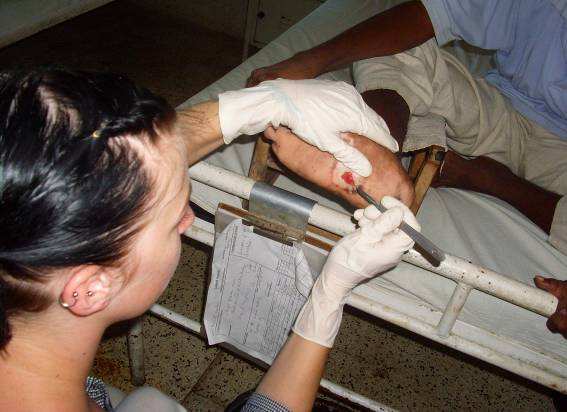 Health Services 255-5155 anytime (24/7) gannettwww.gannett.cornell.edu o le What is asthma? inflammation in your airways that leads to symptoms. Asthma is a chronic disease that causes the airways Inhaled corticosteroids (e.g., Flovent, Pulmiocort, Q-var) ell t (bronchioles) of the lungs to swell and narrow. Increased mucus are the primary component of long-term control, either as