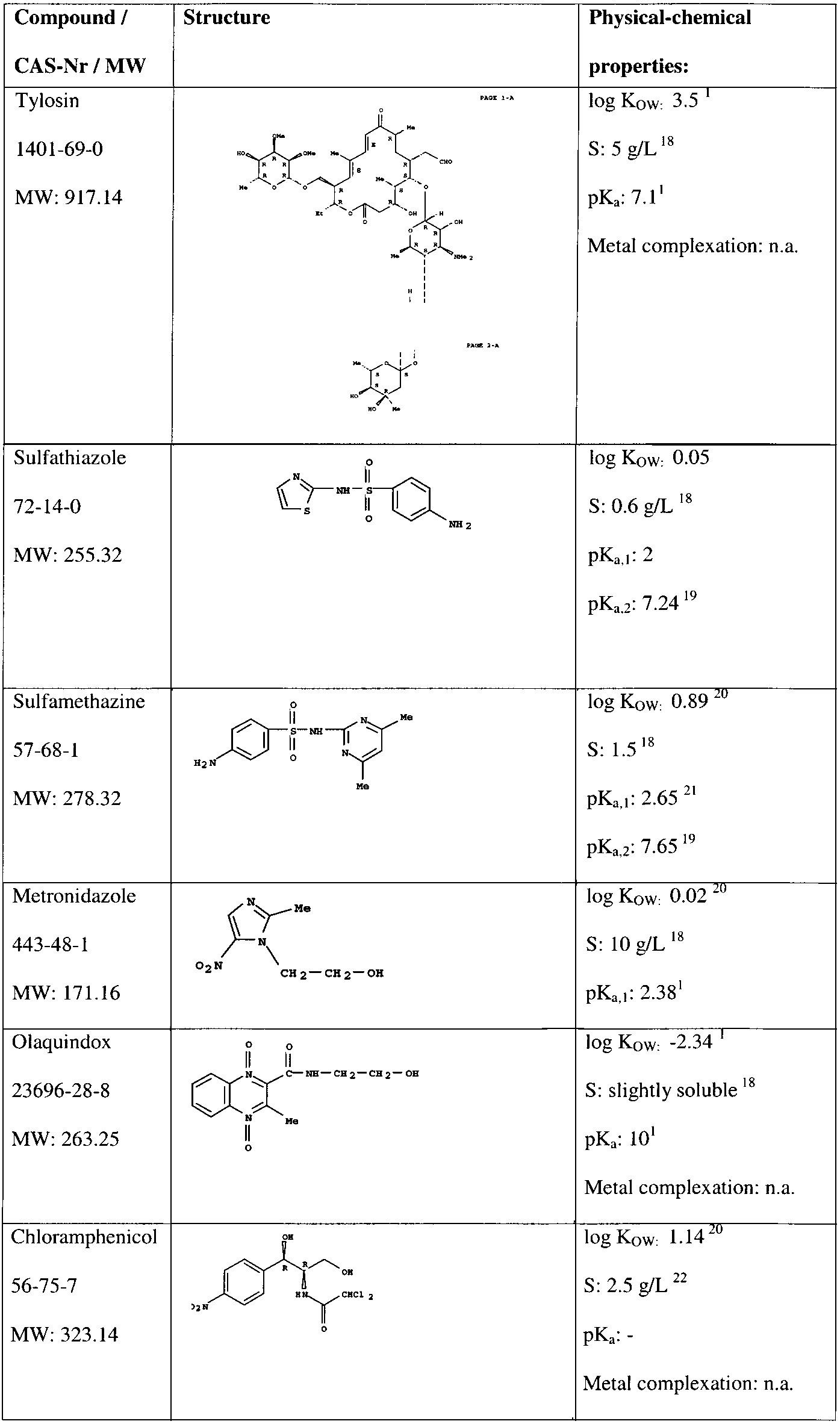 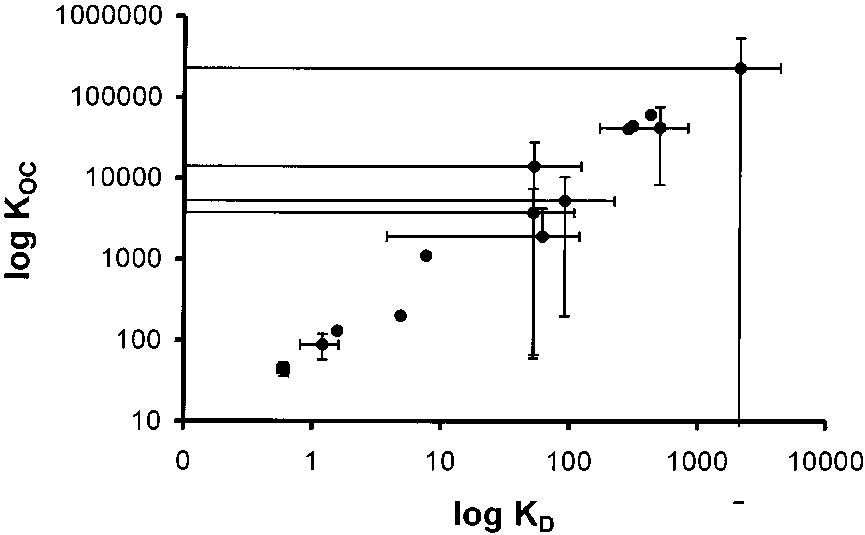 TABLE 2 (Continued)
Kd,solid
compound/corollary information
Metronidazole
Olaquindox
Chloramphenicol
freshwater sediment from an eel pond, Taiwanc marine sediment from a shrimp farm, Taiwanc a In the first column, information is given on sorbent, isotherm (iso) type, eventual pH dependence, and other observations. In Kd,solid and Koc, the sorption and the organic carbon-normalized sorption coefficient are given. If not specified otherwise (by superscript CD, column displaceexperiment), the data were generated in batch sorption experiments. b No information on isotherm linearity. c foc not reported; Koc not calculated.
d Kd calculated from sediment to water ratio and amount of compound recovered.
TABLE 3. Data on Sorption of VPs to DOMa
compound
corollary information
Kd (L/kg)
Koc (L/kg)
a AHA and HAS stand for Aldrich humic acid and for humic acid from a soil, respectively. The experimental techniques employed were equilibrium dialysis (ED), solid-phase microextraction (SPME), and electrophoretic mobility. Kd and Koc are the sorption and organic carbon-normalized sorptioncoefficients, respectively. b Organic carbon content of humic acid is not reported.
FIGURE 1. Plot of the organic carbon-normalized sorption coefficient
(Koc) against the soil weight-normalized sorption coefficient (Kd,solid).
The error bars represent one standard deviation of the sorption
FIGURE 2. Graphical representation of the relationship between
coefficients of one compound measured in different soils.
the individual log Koc data and hydrophobicity expressed as log
Kow. The solid line is a regression line obtained for a wide range
(RSD) is higher than 100% for many compounds and is a of neutral organic chemicals (15).
result of the large variation of Kd,solid and Koc from soil to soil.
The respective average values of RSD of the Kd,solid and the by Karickhoff (15), suggesting a systematic deviation of VP Koc are 75 and 67%, indicating that normalization to foc does sorption behavior from that represented by the regression not result in a considerable reduction of the variability.
The plot of log Koc vs log Kow (Figure 2) demonstrates that Surface Sorption. These considerations prompted us to
revisit the foc Kd,solid relationship reported for the anthelmintic occurs in the narrow hydrophobicity range from 0 to 1.1 log avermectin (23). In that study, the particle size of the sorbents Kow units. This indicates that Koc is not related to hydro- employed decreased concomitantly with increasing organic phobicity for the present VP data set. Moreover, for log Kow carbon content. Hence, two factors leading to increased < 3, all data lie above the classical regression line obtained sorption (foc and sorbent surface area) are varied in favor of VOL. 35, NO. 17, 2001 / ENVIRONMENTAL SCIENCE & TECHNOLOGY 9 3403 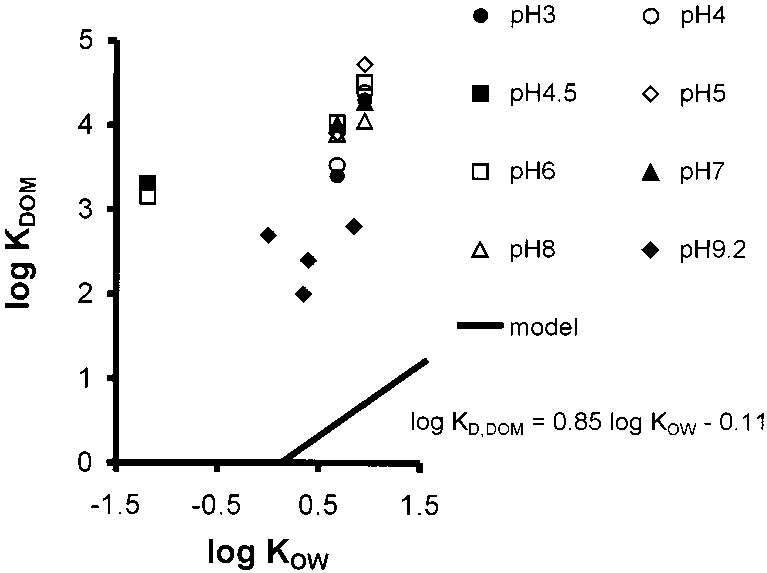