The origins of the doughnut hole: excess profits on prescription drugs 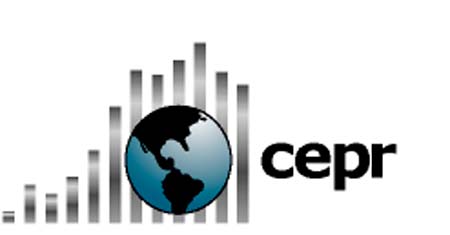 The Origins of the Doughnut Hole:
Excess Profits on Prescription Drugs
The Medicare drug benefit was not designed in a way to minimize costs to the government and beneficiaries. Instead, Congress designed a plan that ensures high profits for the pharmaceutical and insurance industries. One result of this design is that the Medicare drug benefit includes an unusual $2,850 gap in coverage, where beneficiaries are entirely responsible for their drug bills. The standard plan covers 75 percent of prescription drug costs until the beneficiary’s drug expenditures reach $2,250 for the year. The beneficiary is then fully liable for their drug expenses until they reach $5,100. At that point, the insurance kicks back in, covering 95 percent of additional drug costs. This gap in coverage was put into the plan to save the government money. While the bill was intended to assist seniors with their drug expenses, Congress wanted to limit public spending on the program. The “doughnut hole” gap in coverage was the mechanism chosen. The excess profits of the prescription drug industry are the main factor that led to the need for the doughnut hole. This paper calculates the amount of excess profits of the 20 most commonly used drugs, and compares them to the size of the doughnut hole. Of course, the doughnut hole was not the only way that Congress could have limited the cost of the program. Congress chose to administer the program through private insurers instead of allowing the public Medicare system to offer the drug benefit as a simple add-on. It is far more expensive to administer the program through private insurers because they incur marketing Center for Economic and expenses. Private insurers also have highly paid top executives and must
Policy Research produce profits for their shareholders. According to the Congressional Budget
Suite 400 Office, the decision to administer the plan through private insurers added Washington, DC 20009 almost $5 billion to the annual cost of the program, an amount that is equal to www.cepr.net 22 percent of the size of the doughnut hole gap in coverage.
Dean Baker is co-director of the Center for Economic and Policy Research in Washington, D.C. Lynn Erskine and Liz Chimienti helped in editing this paper.
1 The size of this gap is projected to increase by approximately 8.5 percent annually since the cutoffs are indexed to average per person drug expenditures for people included in the Medicare drug benefit. 2 This is discussed in Baker, D. 2006a. “The Savings From an Efficient Medicare Drug Benefit,” Washington, D.C.: Center for Economic and Policy Research, [http://www.cepr.net/publications/efficient_medicare_2006_01.pdf]. The Origins of the Doughnut Hole: Excess Profits on Prescription Drugs • 2 Excess Profits Created by the Medicare Drug Act (by Prescription Drug)
$7,647.9
Source: Families USA 2006 and author's calculations, see appendix. Congress also prevented Medicare from directly negotiating price discounts with drug manufacturers, as is done by the Veterans Administration and the health care systems in most other wealthy countries. As a result, prescription drugs cost far more under the Medicare drug benefit plan than is necessary. In the case of many drugs, the prices paid by insurers participating in the plan are more than twice as high as the prices paid by the Veterans Administration. Since the industry is already making a profit at the price for which it sells drugs to the Veterans Administration, the higher pri