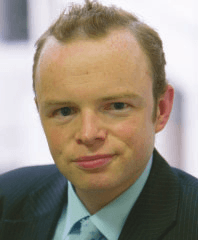 Treatment regimes - light at the end of the tunnel? A recent decision from a European
for the patentability of treatment regimes, Patent Office (EPO) appeal board
“Use of [compound X] in the preparation of but was forced by existing case law to find may have opened the floodgates
against validity of the claims - it would to a new and highly valuable field
require a House of Lords decision to be able of patents in the biotech sector.
The Genentech decision found
that the European Patent
Convention (EPC) does allow for
the patentability of treatment
regimes of pharmaceuticals.
implicitly incorporate a treatment step, opportunity to leverage exclusive control In contrast, this appeal board found that claims to treatment regimes not including a specific treatment step do not implicitly (which itself does not set a precedent) will rest on how the courts of EPC contracting states are able to interpret their national law (which is supposed to be in compliance whether the use itself (i.e. the treatment with the EPC). Indeed, a 2003 UK Court of James Robertson
[email protected]
• Treatment regimes - light at the end of the tunnel? • Game over for games patents • Bahrain joins the Madrid Protocol • Cuts to Italian and Greek national patent fees • Changes to software and business method patent laws • Patents to be read realistically • Tobacco brands warning 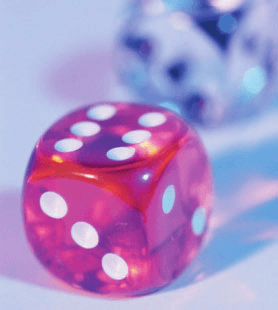 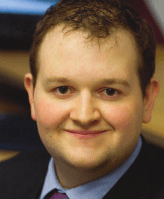 recent Shopalotto decision by the UK Since the early twentieth century, devisors patent protection in the UK for novel game that Mr Vittorio Cobianchi's novel pack of lottery, in which brands were used in place In Shopalotto's case the Court held that the was patentable. In particular, patents have clear that the Patent Office's previous
contribution was a business method, not a practice relating to games was wrong. The that it will now consider the patentability allowing a game to be played in accordance potentially excluded subject matter, such providing a “technical contribution” will be patentable. Given that, in most cases, the Mark Kenrick
application for Shopalotto's Internet-based novelty of a game lies only in its rules, [email protected]
Bahrain became the newest member of the international trade The Italian government has announced its plans to cancel all marks system, the Madrid Protocol, on 15 December 2005.
official fees for patents, designs, and utility models, as of This brings the total number of Protocol countries to 67. Bahrain's accession will prompt hopes that neighbouring countries will also The Greek Patent Office has significantly reduced official fees for sign up to the protocol - to date, Iran is the only other Middle patents, designs, and utility models, as of 2 January 2006. 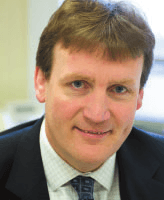 Changes to software andbusiness method patent laws Office (EPO) and the courts in the UK and decided in the Hitachi decision. So long as technology is used by the invention, it may be patentable, but the invention must use teaching methods and business schemes.
the technology to bring about a 'technical There is clearly divergence not just across the Atlantic, but also within Europe.
A recent decision in the UK, CFPH, has Companies operating internationally would made it more difficult to patent software patent attorney to identify whether their identifies what the inventor states is the Europe and to give patent protection high priority in the favourable environment in whether the advance lies outside the list US patent law requires that a patent will be granted for anything “new and useful”.
This includes “anything under the sun that is made by man” and there is no “business applying a test requiring the invention to lie in the 'technological arts'. The recent Lundgren decision has eliminated this Dr John Collins
the floodgates further. Now, truly anything [email protected]
Court of Appeal in the case of Synthon BV been troubled by the inaccurate data, but v Smithkline Beecham Plc. The UK's Community Trade Marks -
10 years on
paroxetine methanesulfonate was invalid.
Date: 23 March 2006, 4.30pm
Venue: Marks & Clerk's London office
Keynote speaker: Vincent O'Reilly,
in a prior patent held by Synthon, Smithkline Director at the Community Trade Mark argued that this patent did not amount to an information as to how to produce it.
was itself invalid would fail. • Gregor Grant
Marks & Clerk Solicitors
'enablement' test had in fact been met and [email protected]
The Trade Marks Registry has also amended not, this is a good time to take stock and take care to avoid falling foul of the new Application is made to protect a well-known tobacco brand for motor racing services.
similar to, a feature (i.e. a trade mark or even an advertising image) connected with leave it to the Applicant to decide whether tobacco products - if the purpose or effect Elaine Rowley
Similarly, use of a tobacco brand connected [email protected]
with a non-tobacco product is prohibited.
Articles appearing in this newsletter are intended to provide a summary of the subject matter only. Readers should not act on any information without first obtaining specialist professional advice. Birmingham +44 (0)121 643 5881
Leicester +44 (0)116 233 8181
Cambridge +44 (0)1223 345 520
Liverpool +44 (0)151 243 5400
Cheltenham +44 (0)1242 524 520
London +44 (0)20 7420 0000
Edinburgh +44 (0)131 225 4500
Manchester +44 (0)161 233 5800
Glasgow +44 (0)141 221 5769
Oxford +44 (0)1865 397 900
Leeds +44 (0)113 389 5600
St. Albans +44 (0)1727 854 215
Managing Intellectual Property World IP Survey - Marks & Clerk ranked the No 1 firm in the UK for patents and trade marks every year from 1997 to 2005.