Pediatric Use
Minocycline is not recommended for use in children below 8 years of age unless the expected
benefits of therapy outweigh the risks (See
Geriatric Use
Clinical studies of intravenous minocycline did not include sufficient numbers of subjects aged
65 and over to determine whether they respond differently from younger subjects. In general,
dose selection for an elderly patient should be cautious, usually starting at the low end of the
dosing range, reflecting the greater frequency of decreased hepatic, renal, or cardiac function,
and of concomitant disease or other drug therapy (See
MINOCIN® IV (sterile minocycline hydrochloride, USP) does not contain sodium. ADVERSE REACTIONS
The following adverse reactions have been observed in patients receiving tetracyclines.
Body as a whole: Fever, and discoloration of secretions. Gastrointestinal: Anorexia, nausea, vomiting, diarrhea, dyspepsia, stomatitis, glossitis, dysphagia, enamel hypoplasia, enterocolitis, pseudomembranous colitis, pancreatitis, inflammatory lesions (with monilial overgrowth) in the oral and anogenital regions. These reactions have been caused by both the oral and parenteral administration of tetracyclines. Hepatic toxicity: Hyperbilirubinemia, hepatic cholestasis, increases in liver enzymes, fatal hepatic failure, and jaundice. Hepatitis, including autoimmune hepatitis, and liver failure have been reported (Se Skin: Alopecia, erythema nodosum, hyperpigmentation of nails, pruritus, toxic epidermal necrolysis, and vasculitis, maculopapular and erythematous rashes. Exfoliative dermatitis has been reported. Fixed drug eruptions have been reported. Lesions occurring on the glans penis have caused balanitis. Erythema multiforme and Stevens-Johnson syndrome have been reported. Photosensitivity is discussed above (See. Pigmentation of the skin and mucous membranes has been reported. Local Reactions: Injection site erythema and injection site pain. Respiratory: Cough, dyspnea, bronchospasm, exacerbation of asthma, and pneumonitis. Renal toxicity: Interstitial nephritis. Elevations in BUN have been reported and are apparently dose related (S Acute renal failure has been reported. Musculoskeletal: Arthralgia, arthritis, bone discoloration, myalgia, joint stiffness, and joint swelling. Hypersensitivity reactions: Urticaria, angioneurotic edema, polyarthralgia, anaphylaxis/anaphylactoid reaction (including shock and fatalities), anaphylactoid purpura, myocarditis, pericarditis, exacerbation of systemic lupus erythematosus, and pulmonary infiltrates with eosinophilia have been reported. A lupus-like syndrome and serum sickness-like reactions also have been reported. Blood: Agranulocytosis, hemolytic anemia, thrombocytopenia, leukopenia, neutropenia, pancytopenia, and eosinophilia have been reported. Central Nervous System: Convulsions, dizziness, hypesthesia, paresthesia, sedation, and vertigo.
Pseudotumor cerebri (benign intracranial hypertension) in adults and bulging fontanels in infants
(S-. Headache has also been reported.
Other: Thyroid cancer has been reported in the post-marketing setting in association with minocycline products. When minocycline therapy is given over prolonged periods, monitoring for signs of thyroid cancer should be considered. When given over prolonged periods, tetracyclines have been reported to produce brown-black microscopic discoloration of the thyroid gland. Cases of abnormal thyroid function have been reported. Tooth discoloration in pediatric patients less than 8 years of age (s and in adults has been reported. Oral cavity discoloration (including tongue, lip, and gum) have been reported. Tinnitus and decreased hearing have been reported in patients on MINOCIN (minocycline for injection). The following syndromes have been reported. In some cases involving these syndromes, death has been reported. As with other serious adverse reactions, if any of these syndromes are recognized, the drug should be discontinued immediately: Hypersensitivity syndrome consisting of cutaneous reaction (such as rash or exfoliative dermatitis), eosinophilia, and one or more of the following: hepatitis, pneumonitis, nephritis, myocarditis, and pericarditis. Fever and lymphadenopathy may be present. Lupus-like syndrome consisting of positive antinuclear antibody; arthralgia, arthritis, joint stiffness, or joint swelling; and one or more of the following: fever, myalgia, hepatitis, rash, and vasculitis. Serum sickness-like syndrome consisting of fever; urticaria or rash; and arthralgia, arthritis, joint stiffness, or joint swelling. Eosinophilia may be present. OVERDOSAGE
The adverse events more commonly seen in overdose are dizziness, nausea, and vomiting.
No specific antidote for minocycline is known. In case of overdosage, discontinue medication, treat symptomatically, and institute supportive measures. Minocycline is not removed in significant quantities by hemodialysis or peritoneal dialysis. DOSAGE AND ADMINISTRATION
THE USUAL DOSAGE AND FREQUENCY OF ADMINISTRATION OF
MINOCYCLINE DIFFERS FROM THAT OF THE OTHER TETRACYCLINES.
EXCEEDING THE RECOMMENDED DOSAGE MAY RESULT IN AN INCREASED
INCIDENCE OF SIDE EFFECTS.
Note: Rapid administration is to be avoided. Parenteral therapy is indicated only when oral therapy is not adequate or tolerated. Oral therapy should be instituted as soon as possible. If intravenous therapy is given over prolonged periods of time, thrombophlebitis may result. For Pediatric Patients above 8 years of Age
Usual pediatric dose: Initial dose of 4 mg/kg, then 2 mg/kg every 12 hours, not to exceed the
usual adult dose
Adults
Usual adult dose: Initial dose of 200 mg, then 100 mg every 12 hours and should not exceed 400
mg in 24 hours. The cryodesiccated powder should be reconstituted with 5 mL Sterile Water for
Injection USP and immediately further diluted to 500 mL to 1,000 mL with Sodium Chloride
Injection USP, Dextrose Injection USP, Dextrose and Sodium Chloride Injection USP, Ringer’s
Injection USP, or Lactated Ringer’s Injection USP, but not with other solutions containing
calcium because a precipitate may form especially in neutral and alkaline solutions. When
further diluted in 500 mL to 1,000 mL of compatible solutions (except Lactated Ringer’s), the
pH usually ranges from 2.5 to 4.0. The pH of MINOCIN® IV 100 mg in Lactated Ringer’s 500
mL to 1,000 mL usually ranges from 4.5 to 6.0.
Final dilutions (500 mL to 1,000 mL) should be administered immediately but product and diluents are compatible at room temperature for 24 hours without a significant loss of potency. Any unused portions must be discarded after that period. The pharmacokinetics of minocycline in patients with renal impairment (CLCR <80 mL/min) have not been fully characterized. Current data are insufficient to determine if a dosage adjustment is warranted. The total daily dosage should not exceed 200 mg in 24 hours in patients with renal impairment. However, due to the anti-anabolic effect of tetracyclines, BUN and creatinine should be monitored (See 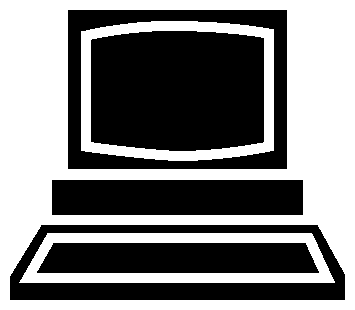 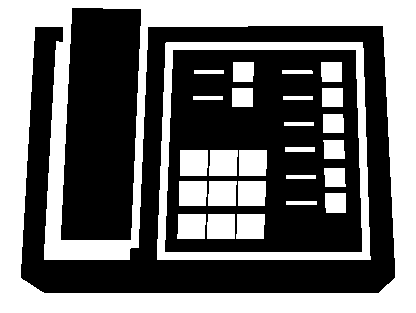