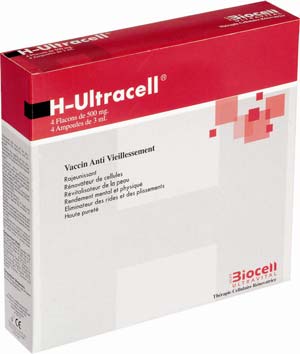 H- Ultracell does not contain DL50. An intraperitoneal dose of 1000 mg/kg will produce allergic-like reactions and not the dead of the animal (rat or mouse)

Endophthalmitis rates after implantation of the intraocular collamer lens: survey of users between 1998 and 2006

Bruce D. Allan, MD, Isabel Argeles-Sabate, DO, Nick Mamalis, MDAn anonymous on-line survey was sent to 234 intraocular Collamer lens (ICL) (Staar Surgical)surgeons in 21 countries to determine how many of their ICL cases had been complicated by endoph-thalmitis between January 1998 and December 2006. A second questionnaire about the infectiondetails and treatment outcome was sent to those who rep