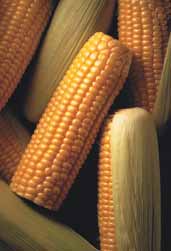 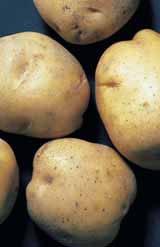 Basagran®
A water soluble solution contact herbicide for the
post–emergence control of certain broadleaf weeds and
yellow nutsedge in beans, groundnuts, soyabeans, peas,
maize, grain sorghum, small grain, potatoes, chillies,
peppers and paprika.
Active ingredient:
bendioxide (thiadiazine) . 480 g / "
Registered by:
BASF South Africa (Pty) Ltd
Emergency Number:
083 265 3805
WARNINGS
s May cause skin– or eye irritation.
s Store in a cool dry place away from food, feed and seed.
s Keep out of reach of children, uninformed persons and animals.
s Crop injury may occur if land treated with a mixture of Basagran® and atrazine is planted to any crop
other than maize in the same season.
s Basagran®should preferably not be applied to leguminous crops that were planted with an
organophosphate insecticide granular formulation, as a combination of these products may cause damage to the crop. Consult the supplier for advice.
Although this remedy has been extensively tested under a large variety of conditions, the
registration holder does not warrant that it will be efficacious under all conditions because the
action and effect thereof may be affected by factors such as abnormal soil, climatic and storage
conditions, quality of dilution water, compatibility with other substances not indicated on the
label and the occurrence of resistance of weeds against the remedy concerned, as well as by the
method, time and accuracy of application. The registration holder furthermore does not accept
responsibility for damage to crops, vegetation, the environment or harm to man or animal or
for lack of performance of the remedy concerned, due to failure of the user to follow the label
instructions or to the occurrence of conditions which could not have been foreseen in terms of the
registration. Consult the supplier in the event of any uncertainty.
PRECAUTIONS
s Do not inhale fumes or spray mist.
s Wash after accidental skin contact.
s Do not eat, drink or smoke while using and before washing hands and face or change of clothing.
s Prevent spray drift onto other susceptible crops, grazing, rivers and dams.
s Wash out applicator with clean water before using with other remedies.
s Rinse empty container three times with a volume of water equal to at least one tenth of that of the container and add the rinsings to the content of the spray tank before disposing of the container in the s Destroy empty container by perforation and flattening and NEVER use for any other purpose.
s Prevent contamination of food, feed, drinking water and eating utensils.
USE RESTRICTIONS
s Do not use Basagran® if danger of frost is imminent and / or if the crop is under cold stress.
s Grasses and Red nutsedge (Cyperus rotundus) are not controlled with Basagran®.

Basagran®
RESISTANCE WARNING
For resistance management, Basagran® is a Group Code D herbicide. Any weed population
may contain individuals naturally resistant to Basagran® and other Group Code D herbicides.
The resistant individuals can eventually dominate the weed population if these herbicides are
used repeatedly and exclusively in programs. These resistant weeds may not be controlled by
Basagran® or any other Group Code D herbicides.
To delay herbicide resistance:
s Avoid exclusive repeated use of herbicides from the same Herbicide Group Code. Alternate or
tankmix with products from different Herbicide Group Codes.
s For tank mixing or alternation with products in other Herbicide Group Codes, refer to applicable
individual product labels.
s Integrate other control methods (chemical and cultural) into weed control programs.
FOR SPECIFIC INFORMATION ON RESISTANCE MANAGEMENT, CONTACT THE REGISTRATION HOLDER,
BASF SA (Pty) Ltd.
DIRECTIONS FOR USE
Compatibility:
Basagran® is compatible with Atrazine® 500 g / "SC.
Applications:
Apply Basagran® early post–emergence when weeds are young and growing actively. Basagran® is a
contact herbicide, therefore thorough wetting of the weeds is essential. Rainfall or overhead irrigation within eight hours after application may nullify the effect of Basagran®. Apply Basagran® in a minimum of
300 " water per hectare. Use hollow cone– or flat fan nozzles with a minimum spray pressure of 350 kPa.
Recommendations for broadleaf weed control:
s Warm and humid weather conditions are necessary for good weed control. Drought conditions before, during and after application will result in poor weed control.
s Weeds and nutsedge tubers, which have not germinated at the time of spraying, will not be controlled, therefore late germinating weeds require re–spraying.
Yellow nutsedge control:
s Control of yellow nutsedge (Cyperus esculentus) can only be achieved if favourable conditions prevail before and during the time of spraying, i.e. warm, humid weather (relative humidity not under 65 %) and adequate soil moisture for optimum plant growth. The majority of yellow nutsedge plants should be beyond the 4–leaf stage at the time of spraying.
s A minimum rate of 3 " Basagran® / ha should be sprayed in not less than 300 " water. On dense
stands of nutsedge in maize, grain sorghum, potatoes and groundnuts, the rate of Basagran® must be
increased to 4 " / ha and in extreme cases to 5 " / ha and 500 " / ha water must be used. Under these conditions, the use of hollow cone nozzles and a spray pressure of 500 kPa is recommended and the addition of a surfactant / sticker is advisable.
s The duration of control obtained is dependent on the state of germination of yellow nutsedge and on the conditions prevailing before, during and after the spray operation, as described above.
s On Capsicum crops (Chillies, Peppers and Parika), Basagran® should always be applied as a directed
spray to target the weeds, in order to avoid contact with the crop.
s A second application of Basagran® will be necessary if a second flush of yellow nutsedge has to be
controlled or if re–growth occurs.
s Spot treatments can be carried out with a mixture of 1 " Basagran® in 100 " water (1%) if conditions
are favourable, as described above. Ensure thorough wetting of plants, but do not exceed the dosage rate per area, as recommended in the APPLICATION TABLES.
s Under less favourable conditions yellow nutsedge will only be suppressed and re–growth might
occur. In this case a second application of Basagran® at 7 – 10 days after the first application may be
necessary. Under these conditions the addition of a surfactant / sticker, is advisable.
s Under adverse conditions, e.g. drought, cold weather, dry windy conditions and low air humidity,
Basagran® will not control yellow nutsedge.
s If growing conditions are extremely favourable, the following weeds can be effectively controlled with Basagran® at 1,5 " / ha if they have not reached the four leaf stage:
COMMON NAME
s The degree of control of the following weeds can vary considerably, according to local conditions: COMMON NAME