doi: 10.1377/hlthaff.2009.0721HEALTH AFFAIRS 29,NO. 3 (2010): 364–3712010 Project HOPE— The People-to-People HealthFoundation, Inc.
ABSTRACT In the past few decades, obesity rates among American children .edu) is an associate professorin the Department of Policy have skyrocketed. Although many factors have played a part in this Analysis and Management atCornell University in Ithaca, unhealthy increase, this paper focuses on how economic policies may be contributing to our children’s growing girth and how these policiesmight be altered to reverse this trend. It examines the economic causesand consequences of obesity, the rationales for government intervention,the cost-effectiveness of various policies, and the need for more researchfunding.
Inthetwenty-fiveyearsthatelapsedbe- discussingtheimplicationsforhealthpolicy.
Economic explanations for the recent rise in obesity tend to focus on changes that give people incentives to consume more or to burn fewer calories. These include the following.
4 percent to 15.3 percent among six-to-eleven- FOOD PRICES The real price of food (the price of year-olds; and from 6.1 percent to 15.5 percent food adjusted for inflation across all goods and services) has declined greatly in recent decades.
For example, between 1990 and 2007 the realprice of a two-liter bottle of Coca-Cola fell34.89 percent, and that of a McDonald’s quar-ter-pounder with cheese fell 5.44 percent.3 Some research indicates that reductions in the price of food account for 41–43 percent of the rise in Childhood obesity is a complex, multidiscipli- young adults’ body mass index (BMI) between nary issue, so the search for solutions requires information sharing across many fields. To pro- BMI is most sensitive to the price of fast food in mote such exchange, this paper describes re- particular for youth from families of low socio- search findings from the field of economics.
economic status.5 The real price of fruit and veg- Relative to other disciplines, economics has only etables rose 17 percent between 1997 and 2003,6 recently been applied to the study of obesity. As a an increase that some studies have linked to result, there are many useful applications yet to Economics offers several useful tools for the AGRICULTURAL POLICIES The decline in the price study of childhood obesity: insights into the eco- of food could be due to agriculture policies. How- nomic causes and consequences of obesity, ever, several studies have concluded that such clearly defined rationales for government inter- policies have little impact on consumer prices of vention in markets, and the use of cost-effective- energy-dense foods.9,10 About half of farm subsi- ness analysis for comparing policies to prevent dies are based on historic, not current, produc- or reduce obesity. This paper summarizes recent tion, which limits incentives for farmers to in- research in each of those areas. It concludes by crease output.9 Moreover, U.S. farm policy raises 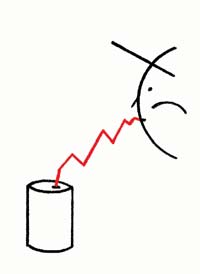 Newsletter October 2012 for Health & Life Science Industry Neurim – Supplementary Protection Certificates may now be available for previously authorised active ingredients by Kilian Schärli, author of a Ph.D. (to be published) about SPC in Switzerland On July 19, 2012, the Court of Justice of the European Union ("CJEU") issued a hotly anticipated decision in the case