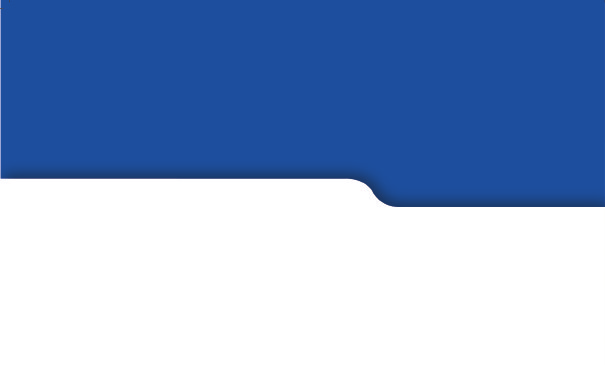 Market Access in the Wake of NICE:
BioPharma’s Friend or Foe?
Joshua Cohen at the Tufts Center for the Study of Drug Development reviews the impact of NICE on drug development,
considering the effect it has had on the biopharmaceutical industry on a global, as well as national, scale
reaching implications as the establishment perspective, to ensure efficient resource increased by close to 50 per cent in real intervention’s health benefits are greater been driven to a large extent by newer and than their opportunity cost, or the value world’s most prominent appraiser of new of the next best alternative is limited.
medical technologies, including drugs and biologics. This article will evaluate its decision-making process, the controversial problem by evaluating the costs, benefits cases that have drawn media attention, and Effectively, payers are imposing a fourth OVERVIEW OF THE NICE
DECISION PROCESS
assess different treatments – cost-per- The establishment of a fourth hurdle is a phenomenon that began in Australia in the facilitates system-wide comparisons across early 1990s, and has since spread to other British National Health Service (NHS). It incorporates the added cost of a treatment prevention and treatment of ill health” in results. Even the world’s largest market for ● Health technologies – the use of new other nations, a de facto fourth hurdle has ● Clinical practice – appropriate treatment enactment of federal regulations that allow cost and clinical evidence to be considered in outpatient drug reimbursementdecisions affecting Medicare beneficiaries.
that FDA authorisation is insufficient to raison d’être is premised on the oft-cited ‘tragedy of the commons’: resources are certain physician-administered drugs, such in all licensed indications. About 40 per infinite. A patient acts rationally in seeking patient subgroups, or as step therapy), and falls almost entirely on others. The same can be said for doctors who seek the best for reasons related to lack of clinical or care for their patients as the costs, in terms of fewer resources for other patients, fall almost entirely on other doctors’ patients.
randomised trial evidence are more likely

Table 1: Controversial cases
decisions. To illustrate, all eight decisions Product(s)
Date of decision
Summary decision
NICE recommends against use of all three response to heightened criticism, NICE is cholinesterase inhibitors to treat Alzheimer’s disease implementing faster appraisals, especially NICE recommends against first-line use to treat for drugs likely to be major innovators – those given priority status by regulators.
NICE recommends against use in colorectal cancer NICE recommends against use to treat wet age- NICE recommends against use to treat advanced NICE is also altering its cost-effectiveness NICE recommends against use to treat non-small cell lung cancer NICE recommends against use to treat advanced breast cancer NICE recommends against use in multiple myeloma recommended for coverage. The newappraisal criteria effectively raised the use. In addition, the earlier technologies limited resources on that treatment” (3). products; specifically drugs with a cost- are appraised, the less likely they are to be effectiveness ratio greater than £30,000 rejected. Moreover, the higher the burden of disease, the more likely a technology called ‘NICE blight’: NHS trusts hold back population with life expectancy less than higher cost-effectiveness ratios increase by NICE. Herceptin is a case in point.
technology’s cost-effectiveness ratio, the illustrate NICE’s role at the forefront of introducing both risk-sharing There is no evidence to suggest that overall As we can see from the abbreviated list of drug spending or its growth rate has been controversial cases in Table 1, biotechnology which the payer and manufacturer split the cost-effectiveness enters the equation, as be largely positive, which has increased the they are often being compared to relatively therapy (4). The latter allows payers to pay NHS drug budget. This increase is due, in old and usually inexpensive medications. In more for patients whose likely benefit is part, to the statutory obligation of the NHS NICE’s preliminary analysis, Velcade, for dexamethasone. In this respect, NICE can be viewed as less of a foe to traditional LESSONS TO BE DRAWN
FROM NICE EXPERIENCE
that it will be unavailable to patients. This that it is useful to make decisions about NICE INITIATIVES
drugs on a rational, data-driven basis.
Also, there is agreement that the technicalquality of NICE assessments is world class. Pricing specialists suggest thatcutting case-by-case deals with NICE, Product(s)
Date of decision
Summary decision
NICE recommends reimbursement and use, but only for moderate and severe states of Alzheimer’s NICE recommends reimbursement and use for the first 14 treatments, after which sponsor agrees to pay for treatment result, NICE methods, as well as itsorganisational model, have become a NICE recommends NHS pay first two years of Revlimid, after which sponsor will pay. NICE recommends NHS pay for follow-up cycles of Sutent after sponsor has paid for the first NICE recommends use in treatment of multiple myeloma in delivery. Even if critics may not appreciate individuals who have relapsed after one prior therapy. However, recommendation is accompanied by an agreement that patients its role in rationing, everyone sees value in with no or minimal response after four cycles of treatment will be taken off Velcade. Sponsor will then rebate the full cost of trustworthy body to turn to when different courses of action are being weighed.

Indeed, we see NICE’s influence already About the author
being felt with its impact reaching as far asthe comparative effectiveness debate in the Joshua Cohen investigates public policy issues that relate to prescription drug reimbursement. He joined Tufts CSDD in 1999. His specific areas of research include pharmacy benefits management as it partly due to the path blazed by NICE.
relates to the Medicare prescription drug benefit, formulary standards established by the Centers for Medicare and Medicaid Services to Nevertheless, there are important limits to ensure adequate access to prescription drugs for Medicare beneficiaries, comparison NICE’s influence. Firstly, only in England of formulary management and pharmacoeconomic assessment in the US and Europe, prescription to over-the-counter switches, and the role of follow-on drugs on the World Health Organization’s Essential Drug List. Prior to joining Tufts CSDD, he completed a post-doctoral fellowship at the Veteran Affairs Medical Center in Philadelphia, while simultaneously serving as a Research Fellow at the University of Pennsylvania’s practice in a system with a single payer.
Leonard Davis Institute for Health Economics. He received his doctoral degree in economics from the University of Amsterdam in 1997. Email: [email protected] no other technology assessment authorityemploys the cost-per-QALY method asextensively as NICE. Though superficially reimbursement and the use of products yet.
similar to NICE, the German Institute for There is also an ideological difference.
equitably across NHS trusts in England and also expand patient access to potentially mandate is to address benefits relative to costs for a given indication, and not to set technologies the NHS can afford for all, as Authority for Health does not utilise the opposed to those it will fund for (virtually) approach, however controversial, to dealing ‘fairly’ with each group of patients, ensuring everyone gets an equal share of the pie. This approach to fairness does not resonate as much in the US. In fact, policymakers may see virtue in variation. To illustrate, if one conditions, such as cancer, in particular drug, a person can theoretically go elsewhere when they are labelled for use in advanced concerning 71 drugs NICE has evaluated, all other European nations in terms of uptake on the formularies of at least one of the US CONCLUSION
country is not necessarily cost-effective in another, due in part to income differences, technologies, such as drugs and biologics, but also the fact that healthcare priorities over the past decade and a half. The fourth would be established in the short term.
barrier, while others see it as a facilitator executor, NICE, has extended its influence beyond the borders of England and Wales.
premature and inaccurate to suggest that the US will follow NICE’s lead. Cost has not were less controversy, and, ironically, if (yet) been permitted to enter the comparative contestable decisions were more evidence- effectiveness equation in the US, nor is any based. In this vein, it makes sense to allow evidence base for their use is augmented.

Worship Illustration: Storybook Commander Cosmos Prophets & Promises Part 1: Acts - Revelation Unit 1, Lesson 3 Peter and the Acts 2:1-8; 12-17; 21; 36-39 “Dr. Sominex,” Commander Cosmos called from outside of the Research Lab. Small sensors inside the door noticed his presence and activated opening the door. Using the wall for support, he limped into the roo