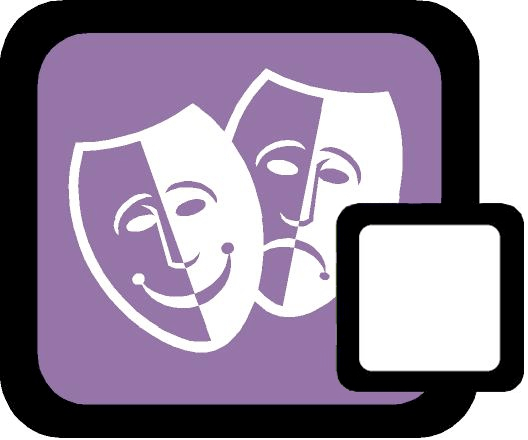 “Dr. Sominex,” Commander Cosmos called from outside of the Research Lab. Small sensors
inside the door noticed his presence and activated opening the door. Using the wall for
support, he limped into the room. “Dr. Sominex! Dr. Sominex!” he called louder to the gray-
haired woman in a lab coat asleep at his desk. The woman bolted upright and looked
around.

“Ow, ouch, ooh, ah!” Commander Cosmos yelped, as he tried to walk. “I think I broke my
leg! Do something…quick!” Unable to go any further, he sat down on the floor.

Dr. Sominex looked around. “What do you want me to do?”

Dr. Sominex pointed at the soil samples and star charts littering the room. “I’m not that
kind of doctor!”

Dr. Sominex put her arms under Commander Cosmos’ armpits and got ready to lift him up.
“Okay, on the count of three. One, two …”’

Commander Cosmos waited for “three” then turned around to see Dr. Sominex’s head
flopped down on her shoulder. The scientist let out a big snore. “Dr. Sominex! Are you
sleeping? Dr. Sominex!”

Dr. Sominex’s head popped up. “The galaxy has an infinite number of stars!” She lifted her
hand to emphasize the point and dropped Commander Cosmos.

Dr. Sominex grabbed Commander Cosmos’ leg and pulled. “Sorry! Let me help you over to
the chair.”

“Not that leg!” Commander Cosmos yelled. “That’s the sore one!”

“Sorry!” Dr. Sominex apologized. “What can I do for you?”

THE WORSHIP, THE WORD & THE WAY ~ Northland, A Church Distributed ~ ResourceWell.org Prophets & Promises Unit 1, Lesson 3 “Heal me!” he demanded.

“That’s right. But, Jesus doesn’t have to be there in person to heal you …” Commander
Cosmos said. “He works through the faith of those who believe in His name.”

“No!” Dr. Sominex said in disbelief.

“He does! I can prove it. Get out the Bible and I’ll show you,” Commander Cosmos said.

“I’ll get it out, right now!” Dr. Sominex stepped toward the box where she kept her Bible,
then slumped, fast asleep, over a work bench.

She woke with a start and announced, “Oxygen was discovered by Joseph Priestly in 1774!”

Commander Cosmos just shook his head. “That’s interesting,” he said flatly. “Could I see the
Bible?”
Dr. Sominex opened the clear plastic box and removed the Bible. Commander Cosmos took
the Bible and opened it to Acts, chapters 3 and 4. “One day Peter and John were on their
way to the temple to pray when they met a man who could not walk, begging for money.”

“Did they give him any money?” Dr. Sominex asked.

“But, the poor guy couldn’t walk,” Dr. Sominex noted. “Why didn’t they help him?”

“Oh, they helped him. They gave him something better,” Commander Cosmos answered. “In
fact, Peter said, ‘Silver or gold I do not have, but what I have I give you. In the name of
Jesus Christ of Nazareth, walk.’”

“That was so nice of Peter and John to heal that guy,” Dr. Sominex said.

“They didn’t do it,” Commander Cosmos corrected.
Dr. Sominex looked confused. “You just told me they did.”

“They did the act of healing, but even Peter knew it wasn’t their power that made the man
walk.” Commander Cosmos pointed to the computer. “Access the Virtual Bible and we can
read what Peter told the people.”
THE WORSHIP, THE WORD & THE WAY ~ Northland, A Church Distributed ~ ResourceWell.org Prophets & Promises Unit 1, Lesson 3
Dr. Sominex tapped several keys and the Bible verses appeared on the screen. Commander
Cosmos read the words aloud, “By faith in the name of Jesus, this man whom you see and
know was made strong. It is Jesus’ name and the faith that comes through Him that has
given this complete healing to him, as you can all see.”
Dr. Sominex turned around and looked at Commander Cosmos. “They should have told
everyone about the power that comes in Jesus’ name.”

“They did!” Commander Cosmos said. “They told the whole town that Jesus is the Lord who
died to take their sins away!”

“Did the town treat them like heroes?” Dr. Sominex asked.

Commander Cosmos winced as a pain shot up through his injured leg. “Nope, they threw
them in jail.”

“I know!” Commander Cosmos agreed. “They were the first believers to be arrested for
sharing their faith.”

“Well, it might have been, but God can even turn bad things into good!” Commander
Cosmos explained. “Being arrested gave them the chance to tell all of the elders and priests
and leaders that Jesus is Lord!”

Dr. Sominex smiled. “Wow! Back in those days God did some awesome miracles!”

“What do you mean ‘back in those days?’ We still have the Holy Spirit alive in us today!”
Commander Cosmos assured.

“So, we can do miracles in Jesus’ name?” Dr. Sominex asked.

“No,” Commander Cosmos shook his head. “Jesus does the miracles when we call on His
name. After all … Jesus is the same yesterday, today, and forever!” He winced again and
looked down at this injured leg. “We’d better teleport down to Sick Bay and get this leg
checked out.”

Dr. Sominex helped Commander Cosmos stand up and limp to the teleport. “And we can
pray for your healing!”

doi: 10.1377/hlthaff.2009.0721HEALTH AFFAIRS 29,NO. 3 (2010): 364 – 371©2010 Project HOPE—The People-to-People HealthFoundation, Inc. ABSTRACT In the past few decades, obesity rates among American children.edu) is an associate professorin the Department of Policyhave skyrocketed. Although many factors have played a part in thisAnalysis and Management atCornell University in Ithaca,unhea