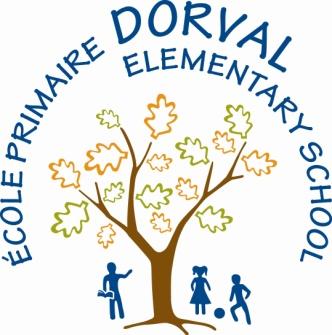 Quorum having been attained, the Chairman K. Bleakley called the meeting to order at 7:05p.m.
The chairman thanked the two parents, M. Battaglia and L. da Costa, whose youngest children
were advancing to Grade 7, for their many years of dedicated and valued service to the DES
governing board.
2. Adoption of Agenda

The agenda was adopted with the addition of# 4.3 GB composition
and change of “Tell Them From Me” from Item # 4.3 to Item # 4.4.
Moved: D. Glavin
Seconded: M. Battaglia
All in Favour

3. Correction and Approval of Minutes of the Meeting of April 19th, 2011
#7.6 Date of Jump Rope for Heart is changed to May 13
#7.9 The construction of a building for the market is underway, which will allow the public
market to remain open permanently, 12 months per year.
Moved: E. Fraser
Seconded: D. Paiement
All in Favour


4. Business Arising from Previous Minutes
4.1 Health and safety subcommittee (EF, SF)
The H&S subcommittee proposes that
All medication be administered and stored at the office at all times
The Health Committee would like to present the following to Gov Board;

ALL medication (ex Tylenol, cough syrup, ventolin pumps, epipen etc) be administered and stored
in the main office at all times.
If a parent deems it necessary for their child to have the epipen/ ventolin pump on him/ her at all
times, the child will wear it around his/ her waist at all times. No medication permitted in
students' backpacks.
Moved: E. Fraser
Seconded: C. King
All in Favour
Chairman K. Bleakley thanked the committee for its diligent work in 2010/11 and stated that its
mandate was concluded.
4.2 Board consultation – Use of Technology
Chairman K. Bleakley reported that no comments had been received on this consultation.
4.3 DES Governing Board composition
The Chairman K. Bleakley reported that notification had been received from the Director of
Secretariat, LBPSB, that for 2011/12 the DES would be composed of 18 members.
4.4. “Tell Them From Me” Survey
D. Stewart explained the survey which the Grade 4, 5 and 6 students filled out electronically.
He demonstrated the school’s responses relative to the national average and asked for comments.
The committee noted that the grade 4s see themselves as overweight which may be problematic
and the committee suggested that nutrition and self-image be discussed in class.
5.
Public Question Period

5.1 Commissioner B. Freeston mentioned her new position as President of the Pearson
Educational Foundation, the engagement of Bessie Michael as Executive Director of the PEF,
the goal of increased visibility of the Foundation and noted the excellent job Suanne Stein-Day
was doing as the new Chairman of the LBPSB. She further noted the excellent collaboration
between the various elements of the DES GB, one of the best run and best functioning in the
board.


6. GB Discussion Break
C. von Roretz, having previously sent his regrets regarding attendance, nonetheless had sent
information on the work and mission of “Free the Children”
Members expressed concern at the crowding in the auditorium for concerts.
There is not enough seating for all the parents. Suggestions brought forward included

Putting the performers on the stage, allowing space for more chairs Limiting the number of attendees per family Seating the siblings on the floor at the front of the gym Using risers supplied by the city of Dorval
7 Reports
7.1
Correspondence
Principal D. Stewart reported that:
An apology is in order to M. Battaglia for the lack of follow-up on her generous offer of her house for this last meeting of the year  2011/12 will see 6 or7 new teachers at DES due to Ghada Youness part of priority pool, Ginette Bergevin retiring, Caitlin Decker at the end of her contract, and substitute teacher Christine Mayer not having Quebec certification.  2011/12 will see a 3rd kindergarten to be arranged by compressing Cycle 2 and making a Grade 3/4 split . This is an excellent model when the students are chosen appropriately. There will 2 new kindergarten teachers hired.  The grade 3 classes will be large but this is a very calm group of students. If another teacher is allocated to the school, another resource teacher will be added. Looping will be continued for Cycle 1 teachers with the Grade 1 teacher moving to Grade 2. In response to the question as to whether clique issues are amplified by this model, S. Ferrara replied in the negative as all the grade 2s are together often. D. Stewart concluded by noting how much he enjoyed GB.
7.3 Day Care Technician D. Paiement reported that:


Registration forms were already coming back, indicating a strong reponse. Annual report of Daycare Users Committee is presented. The group met on March 21; opening hours were discussed and a 7:00 am start was adopted; a lunchtime fee increase was proposed and had already been adopted by GB The daycare workers were busy organizing for the day camp which would be using the space.
7.4
Regional Parents Committee Representative E. Fraser reported that
The May meeting was brief because the parents broke off into workshops on the new report card and on daycare user committees.

Students sparkled at the Entrepreneurship Awards Region 3’s next meeting would take place the next Thursday CPC Volunteer of the Year event was very nicely done and a pleasant evening Treasurer D. Glavin reported that:
It is imperative to give receipts to the Treasurer rather than to Debbie Cleary because she is not
allowed to distribute any funds without prior approval by the Treasurer.
7.6
Teacher representative C. King reported that:
 Outreach fundraisers by DES students raised the following amounts: -Jump Rope for Heart $ 627.27 + some online donations  May was Asian Month. On Wear Red Day, an Asian dance troupe performed at DES and later in the month Origami workshops were held for some classes  May 13 Kindergarten orientation took place  Grade 5 Peer Mediators are on duty in the schoolyard now -June 1 & 2- Music Concerts, Cycle 2 and 3 -June 6-8 Science Fair for Grades 5 & 6 -June 15 Field Day (Thanks to H&S for popsicles)
7.7 Support staff representative C. Arvanitakis reported that:
The integration aides were preparing 2 special needs grade 6 students for High School
And were wondering where they would be placed in 2011/12. It was noted that the
School-based committee analyzes the needs and submits its request to the regional director.
7.8 Community Representative K. Strotmann reported that:

The Dorval Library summer activity brochure was available, as distributed. A new display at the Museum focussed on Dorval as a transportation hub, with trains, planes and automobiles displayed. School groups are welcome.  Dorval Main Streets appreciated the 80 posters entered from the 2 schools and 2 DES Registration for the Soap Box Derby to be held Aug.21 will commence at the St-Jean celebrations on June 24. The Gerry Cup will be given for the best decorated helmets.  A Thank you is extended for getting DES on the Dorval map There has been arson in the village (recycling bins and BBQ’s) and Dorval Main Streets has requested increased security
The GB thanked Kerri Strotmann for her diligence and dedication to the GB and the school.

7.9
Home & School President M. Arciszewska reported that:
September will see a renewed membership drive. The H&S Annual Report will be send to GB. H&S plans another dance with Ecole Gentilly in 2011/12. Picture taking has been booked for September. DES Pre-K has existed for the last 17 years; with rent to pay at the church, it was hard to keep viable. At the present time it has no debts; Home & School has voted not to run a pre-school in 211/12 because the co-ordinator Antonella Baratta’s last child is graduating from the school, and because it is a financial risk as debts would have to be absorbed by H&S, and because most of the students attending did not have eligibility and did not subsequently attend DES. Antonella plans to continue it as a private enterprise.  H&S will host a Welcome Back BBQ on Friday Sept 9, 2011 with the $4.00 cover charge just to cover costs for 2 hot dogs, burgers, veggie dogs or veggie-burgers and unlimited salads. They hope to make it early enough that the teachers will stay but late enough for parents. Dynamix has been hired for entertainment and a dunk tank will be rented. The forms will be distributed on the first school back-to-school and pre-orders will be honoured A motion was put forward to approve the Welcome Back BBQ Sept 9 Moved: L. da Costa Seconded: M. Battaglia All in Favour  H&S plans to do a “Bullying Awareness Week” in November
The GB thanked Magda Arciszewska for the effort of all the H&S volunteers.
At 9h00 a motion was passed to extend the meeting by 20 minutes;
Moved: M. Battaglia, Seconded: B. Pearce. All in favour

8. 1Ratification of E-Votes
All e-vote results can be found in Appendix A.

A motion was put forward to ratify all of the above e-votes
Moved: L. da Costa
Seconded: M. Battaglia
All in Favour

8.2 H&S GET project and the MELS grant
The project calls for the ADM digging temporary fences for safety on June 20 which is Pool
Day and on June 21, planting- with 10 ADM volunteers and 10 school volunteers. A little hill
will be made with the excavated earth
The Day Camp will care for the new plantings during the summer, with volunteers for the 2
weeks between school end and Day Camp start. Soaker hoses and sprinklers will be supplied.
H&S has reserved $8000 for the project and all the proceeds from the Entertainment Books in
2011 will go towards the project.
A motion was put forward that H&S GET do what is required for the MELS grant and any other
grants that may be available
Moved: L. da Costa
Seconded: M. Battaglia
All in Favour
8.3 Approval of School Fees
A motion was put forward that the school fees remain the same in 2011/12 as in 2010/11.
Moved: M. Battaglia
Seconded: B. Pearce
All in favour

A motion was put forward to adopt the 2011/12 school budget, as attached
Moved: L. da Costa
Seconded: M. Battaglia
All in Favour

At 9h20 a motion was passed to extend the meeting by 20 minutes;
Moved: V. Ticknor. Seconded: M. Battagia All in favour

It was noted that there would be a slight adjustment in salaries with everything else mainly the
same.
A motion was put forward to adopt the 2011/12 day care budget, as attached
Moved: L. da Costa
Seconded: D. Glavin
All in Favour

9. Varia
9.1 M. Battaglia reported that some NO IDLING signs would be coming from the traffic
committee.
9.2 The Chairman reported that in thanks to B. Freeston for recording the minutes, a cheque
would be once again remitted to the Pearson Educational Foundation Manson Learning Award
fund. B. Freeston expressed her deep gratitude.
9.3 B. Freeston reported on the Dorval Sustainability large group intervention that kicked of the
Dorval consultation on “Dorval 20 Years from Now” and noted that the DES students would
have an opportunity to voice their opinions in early fall, 2011

At 9h27 a motion was put forward to adjourn.
Moved: L. da Costa
Seconded: M. Battaglia
All in Favour

These minutes were approved on September 27, 2011
On a motion by K. Bleakley, seconded by: D. Paiement; All in favour.