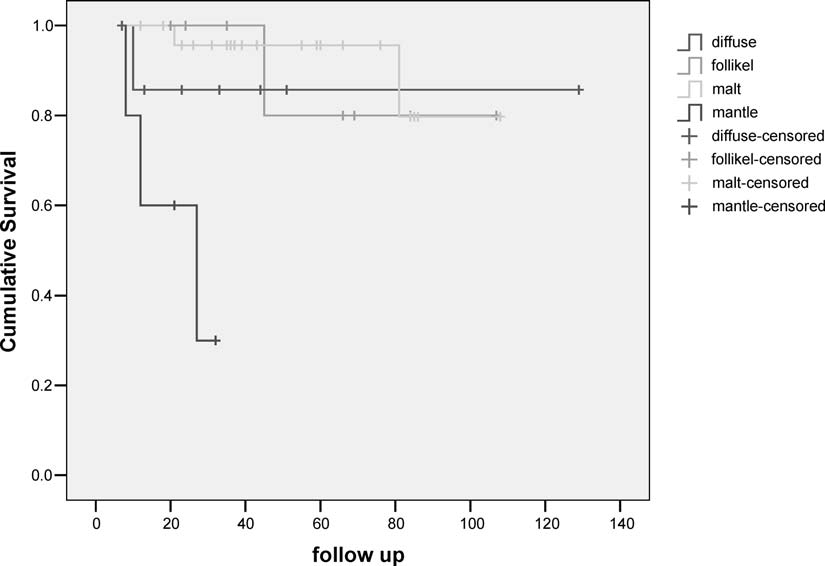 FIGURE 1 Survival function for different diagnoses.
disease the diagnosis according to the WHO classiﬁca- died due to other causes (Figs. 1 and 2). Three patients Downloaded By: [University of Maastricht] At: 12:49 6 August 2007 tion was MALT lymphoma. Eight patients had diffuse large B cell lymphoma and another eight had follicular Of patients with secondary disease, two of them lymphoma (grade 1–3). In six patients the diagnosis was showed complete remission, one patient was alive with mantle cell lymphoma. Ann Arbor staging stage I was disease and two patients died of lymphoma. The mean assessed in 61% of cases, whereas 22% of patients had follow-up in patients with secondary lymphoma was stage IV disease. The following subtypes of OAL’s in pa- tients with secondary disease were found: one follicular Patients with primary disease had an average follow- lymphoma, grade 1, two follicular lymphomas, grade up of 45 months. Most patients (n = 30, 61%) were clas- 3, one peripheral T-cell lymphoma, and one secondary siﬁed as stage I according to the Ann Arbor classiﬁca- tion. Of these patients, 19 showed complete remission,ﬁve were alive with disease and one patient died of lym- Treatment and Outcome
phoma (three died of a non-OAL related cause, two One patient with primary (MALT cell) lymphoma were lost to follow-up). Eleven patients had stage IV was observed. Twenty three patients with primary dis- disease, of these patients one reached a remission, three ease were treated with radiotherapy alone, 17 patients patients were alive with disease and ﬁve patients died with chemotherapy alone, eight patients received a combination of radiotherapy and chemotherapy. Of Statistical analysis of the following parameters, gen- the ﬁve patients with secondary disease, one patient der, age, time elapse between onset of complaints and was treated with radiotherapy alone, two patients re- ﬁnal diagnosis, localization, whether the presentation ceived chemotherapy and two patients a combination was uni- or bilateral, WHO-subtype, and stage of the of radio- and chemotherapy. Of all patients (primary disease, of the 49 patients with primary disease revealed and secondary), 27 (50%) responded well to treatment the following: Using univariate Kaplan-Meier survival and showed complete remission after an average follow- analysis, diagnosis and stage showed a signiﬁcant as- up period of 46 months. At the end point of our study, sociation with outcome (Log-rank test p = 0.001 and 11 patients (20%) were alive with disease, nine patients p = 0.002, respectively, see Figs. 1 and 2). A multivari- (17%) died due to the lymphoma, while four patients ate Cox-regression forward conditional survival analysis M.B. Plaisier et al. 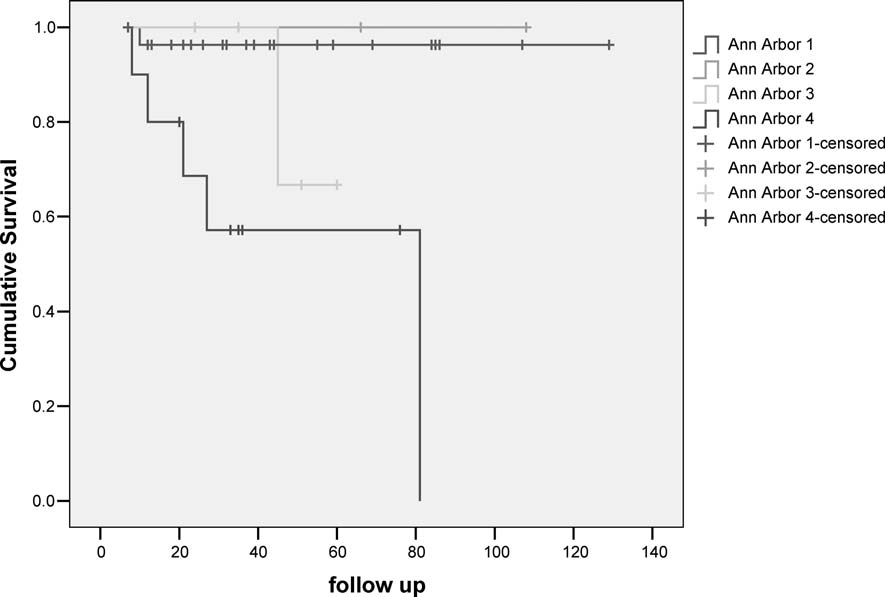 FIGURE 2 Survival function for different stages.
Downloaded By: [University of Maastricht] At: 12:49 6 August 2007 showed diagnosis to be the only independent signiﬁ- site, and duration. Also, in a recent study with a lim- cant predictor. We also looked at the dichotomy com- ited number of patients (n = 24), no correlation of these plete remission versus not completely cured (death due parameters with survival could be assessed.11 All these to OAL plus alive with OAL). Gender yielded to be the studies, however, were unanimous in their conclusion only signiﬁcant predictor (Log-rank test p = 0.005. Lym- that OAL’s are most frequently found within the or- phoma related death rate and/or recurrence rate was bit. Jenkins et al.,9 in the largest series described till signiﬁcantly higher in females than in males (p = 0,03).
present, found bilateral disease and lacrimal gland lo-calization at presentation correlated with a higher rate DISCUSSION
of disseminated disease and systemic disease, bilateral This study conﬁrms previous studies stating that tu- disease, and deep orbital localization correlated with a mor subtype (WHO classiﬁcation) and stage of the worse prognosis. Relative old age and (slightly) worse disease (Ann Arbor classiﬁcation) are decisive determi- prognosis were found to be related with each other. A nants of survival. With respect to the most common long history of disease, however, was found to be re- OAL subtypes, patients with a MALT type OAL have lated to a smaller chance of dissemination and a better the best, patients with a mantle cell type the worst and prognosis, apparently because a long history of disease those with a diffuse large B-cell or follicular cell type reﬂects milder pathology subtype. Sullivan et al.,10 in a an intermediate prognosis. As far as we could retrieve, series of 69 patients, found stage at presentation, tumor our study is the ﬁrst to show that female patients with histology, primary or secondary status, and whether the an OAL have a worse prognosis. Of 46 patients with tumor was uni- or bilateral, determinants of survival.
primary disease at the ﬁnal evaluation, 5 of 23 males In general, not unlike any malignant tumor, more ag- versus 12 of 23 females had died of the lymphoma or gressive tumor histology together with stage (bilateral were living with a recurrence (p = 0.03).
disease can be considered as more advanced disease) de- Whereas studies in the pre-WHO classiﬁcation termines the outcome of OAL. Old age, deep localiza- era,2,3,5,6 already showed that histological subtype and tion and female gender, as found in our series, may also stage of the disease determined the outcome, these stud- inﬂuence the outcome in a worse direction. The fact ies failed to demonstrate the role of gender, anatomic that our study did not conﬁrm that age, duration of the Ocular Adnexal Lymphoma
disease prior to the diagnosis, localization and whether [2] Knowles DM, Jakobiec FA, McNally L, Burke JS. Lympoid hyperplasia the presentation was uni- or bilateral were related to and malignant lymphoma occurring in the ocular adnexa (Orbit,conjunctiva, and eyelids); A prospective, multiparametric analysis the outcome can be explained by the relatively small of 108 cases during 1977 to 1987. Hum Pathol. 1990; 21:959– numbers as compared to some other studies.4,9 [3] Coupland SE, Krause L, Delecluse HJ, Anagnostopoulos I, Foss It is therefore interesting, that—as far as we could HD, Hummel M, Bornfeld N, Lee WR, Stein H. Lymphoprolifera- retrieve—this study showed a relationship between out- tive lesions of the ocular adnexa. Ophthalmology 1998; 105:1430– come and gender for the ﬁrst time. We assessed this [4] Jenkins Ch, Rose GE, Bunce C, Wright JE, Cree IA, Plowman N, relationship by grouping together patients who either Lightman S, Moseley I, Norton A. Histological features of ocular had a tumor related death or a recurrence, which has adnexal lymphoma (REAL classiﬁcation) and their association withpatient morbidity and survival. B J Ophthalmol. 2000; 84:907– Other studies have shown, that patients with a MALT [5] Auw-Haedrich C, Coupland SE, Kapp A, Schmitt-Gr ¨aff, Buchen R, or follicular cell OAL perform an excellent prognosis for Witschel H. Long term outcome of ocular adnexal lymphoma sub-typed according to the REAL classiﬁcation. B J Ophthalmol 2001; life, although MALT lymphomas are known for their high distant relapse rate.8,12 In this study, relapse rates [6] McKelvie PA, McNab A, Francis IC, Fox R, O’Day J. Ocular adnexal lymphoproliferative disease: a series of 73 cases. Clin Experiment for primary MALT and follicular cell subtypes were 14 and 50% after a mean follow up of 50 and 56 months [7] Jaffe ES, Harris NL, Diebold J. et al. World Health Organization clas- respectively. In spite of the normal protocol of local siﬁcation of neoplastic diseases of the mematopoietic and lymphoidtissues. Am J Clin Pathol. 1999; 111(suppl):S8–12.
therapy of 30–40 Rad radiotherapy, two patients with a [8] Fung CY, Tarbell NJ, Lucarelli MJ, Goldberg SI, Linggood RM, Harris primary MALT lymphoma (7%), one with a B-cell, three NL, Ferry JA. Ocular adnexal lymphoma: Clinical behaviour of distinctWorld Health Organization classiﬁcation subtypes. Int J Radiat Oncol with a mantle cell and one with a primary follicular cell Biol Phys. 2003; 57:1382–91.
lymphoma (13%) died following disseminated disease.
[9] Jenkins C, Rose GE, Bunce C, Cree I, Norton A, Plowman PN, In conclusion, next to histological subtype and stage, Mosely I, Wright. Clinical features associated with survival of pa-tients with lymphoma of the ocular adnexa. Eye. 2003; 17:809– and next to known clinical parameters as localization Downloaded By: [University of Maastricht] At: 12:49 6 August 2007 and uni- or bilateral presentation, gender seems to be a [10] Sullivan TJ, Whitehead K, Williamson R, Grimes D, Schlect D, Brown I, Dickie G.Lymphoproliferative diasease of the ocular Adnexa: A predictor of outcome in ocular adnexal lymphoma.
clinical and pathological study with statiscal analysis of 69 patients.
Orbit. 2005; 3:177–184.
REFERENCES
[11] Nola M, Lukenda A, Bollman M, Kalauz M, Petrovecki M, Bollmann R. Outcome and prognostic factors in ocular adnexal lymphoma.
[1] Rootman J, Chang W, Jones D. Distribution and differential diag- Croat Med J. 2004; 45:328–332.
noses of orbital disease. In: Rootman J, editor. Diseases of the orbit: [12] Cahill M, Barnes C, Moriarty P, Daly P, Kennedy S. Ocular adnexal A multidisciplinary approach. 2nd edition. Philadelphia: Lippincott lymphoma – comparison of MALT lymphoma with other histological Williams & Wilkins. 2003; 53–84.
types. B J Ophthalmol. 1999; 83:742–747.
M.B. Plaisier et al.