Shankaraiah Pulipaka et al. / Journal of Pharmacy Research 2011,4(12),4593-4595
Research Article
Available online through
ISSN: 0974-6943
www.jpronline.info
Antidiabetic activity of methonolic extract of Operculina turpethum (l.)
Silva manso stem in streptozotocin induced diabetic rats
Shankaraiah Pulipaka1*, Challa Srinivas Reddy 2, Ravindra Babu. P3, SampathKumar.Ch1
1Trinity College of Pharmaceutical Sciences, Peddapally, Karimnagar, A.P, India, 505 172
2Vaagdevi College of Pharmacy, Ramnagar, Hanmakonda, Warangal, A.P India, 506001
3KVSR Siddhartha College of Pharmaceutical Sciences, Vijayawada, A. P, India, 520 010
Received on:20-08-2011; Revised on: 15-09-2011; Accepted on:10-11-2011
ABSTRACT
Diabetes mellitus (DM) consists of a group of syndromes characterized by hyperglycemia. the prevalence of both type 1 and type 2 DM is increasing worldwide,the prevalence of type 2 is rising much more rapidly because of increasing obesity and reduced activity levels as counties become more industrialized. Theantidiabetic potential of the methanolic extract of Operculina turpethum stem (MEOTS) (Convolvulaceae), a medicinal plant widely used in the traditionalAyurveda and Siddha systems of medicine for the treatment of diabetes mellitus was evaluated in the Streptozotocin (STZ) - induced type 2 diabetic models. Thedoses of 50 mg/kg and 100 mg/kg of MEOTS were administered to normal, glucose loaded and experimental diabetic rats for 21 days. Significant (p< 0.05) reductionin fasting blood glucose levels were observed in the normal rats at 3hr as well as in the treated diabetic animals at 21 days Significant results were observed in theestimated parameters, thereby justifying the use of the plant in the indigenous system of medicine.
Key words: Type 2 diabetes, STZ, Operculina turpethum , Glibenclamide
INTRODUCTION
Diabetes mellitus (DM) consists of a group of syndromes characterized by
Collection of plant material
hyperglycemia; altered metabolism of lipids, carbohydrates, and proteins; and Operculina turpethum (L.)Silva Manso plant material collected from local areas an increased risk of complications from vascular disease1. The worldwide preva- of Vijayawada, A.P. Its parts were botanically authenticated by Prof. S.V. Raju, lence of DM has raisen dramatically over the past two decades, from an esti- Taxonomist, Department of Botany, Kakatiya University, Warangal, A.P, and mated 30 million cases in 1985 to 177 million in 2000. Based on the current India. The herbarium was maintained in the Department of Pharmacognosy and trends > 360 million individuals will have diabetes by the year 20302.
phytochemistry, Vaagdevi College of pharmacy, Hanamkonda. Operculinaturpethum stem was washed under tap water and were efficiently dried under Operculina turpethum is a perennial with milky juice belongs to family shade for about one week and protected from deterioration. The shade dried Convolvulaceae. This plant was widespread in old tropics from E. Africa to N.
stem was grinded made into powder with the help of a laboratory mixer. These Australia, this plant common in Godavari, Andhra Pradesh, India. It is widely were efficiently dried under shade for about one week and protected from dete- distributed in tropical Africa and Asia. In India it is found in damp and it occurs rioration and then grinded and made into powder.
almost throughout India up to an altitude of about 1000 m. It is some timesgrown in gardens for its beautiful flowers. It is rare on open sandy soils. It is Preparation of extract
The chemical compounds were extracted from the stem using successive solventextraction process (soxhlation apparatus). The stem powder (100 g) was ex- Traditionally, Operculina turpethum root is prescribed in the treatment of tracted with methanol for 6 hours. After completion of soxhlation process the snake bite (sushruta and vrindamadhava) and scorpion sting (sushruta), but it is liquid extract was collected and concentrated under reduced pressure below 500C, not an antidote to either snake-venom (Mhaskar and Caius) or scorpion-venom until a soft mass obtained it was dried and kept in a desiccator.
(Caius and Mhaskar). In constipation, it is an effective laxative. It is used inperiodic fevers and in the treatment of anemia accompanied by spenomegaly. It Preparation of standard drug
is also used to relieve flatulence and colic and in the treatment of obesity to Glibenclamide was suspended in 0.5% Sodium Carboxy Methyl Cellulose (CMC).
decrease fat. It is used to treat dropsy, dyspepsia with constipation and flatu- 5 mg/kg of glibenclamide was administered to each rat in standard group.
lence, gout and rheumatism, and other inflammations4. In the present study,
stem methanolic extract was used to study hypoglycemic activity in normal and
Experimental design
Antidiabetic activity of MEOTS was assessed in normal, glucose loaded and STZ- induced diabetic rats. In all studies, the animals were fasted overnight for 16 h MATERIALS AND METHODS
with free access to water throughout the duration of the experiment.
Chemicals
Animals used
Streptozotocin was purchased from Sigma Aldrich chemicals Pvt. Ltd. USA.
Experiments were performed with male wistar rats procured from Mahaveera Glibenclamide was obtained as a gift sample from Sanofi Aventis India Ltd.
enterprises (Hyderabad, A.P., India), weighing between 180 - 220 g. The animals Glucometer (Bayer Health Care, Japan) purchased from local pharmacy. All were housed in individual polypropylene cages under standard laboratory condi- other chemicals and reagents used were of analytical grade.
tions of light, temperature (22 ± 1 oC) and relative humidity for at least one weekbefore the beginning of experiment, to adjust to the new environment and toovercome stress possibly incurred during transit. Animals were given standard rat *Corresponding author.
pellets and drinking water ad libitum. The animals were fasted 12 hours before Shankaraiah Pulipaka
the conduct of experiment and during the experiment they were withdrawn from Trinity College of Pharmaceutical Sciences,
food and water. The experiments were planned after the approval of Institu- Peddapally,
tional Animal Ethical Committee (IEAC).
Karimnagar, A.P, Pin: 505 172,India
Tel.: + 91-9885589543
Evaluation of MEOTS on normal healthy rats5
E-mail:[email protected]
At the end of the fasting period, taken as zero time (0 h), blood was withdrawn Journal of Pharmacy Research Vol.4.Issue 12.December 2011
4593-4595 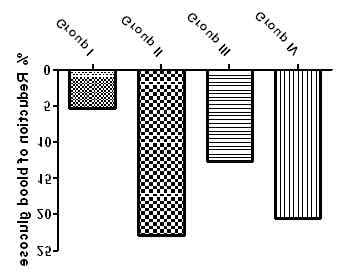 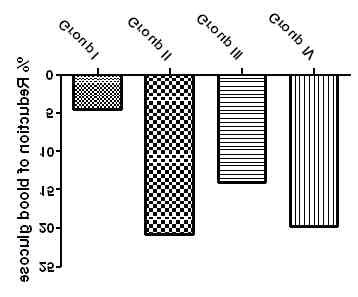 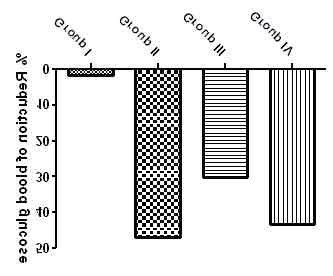