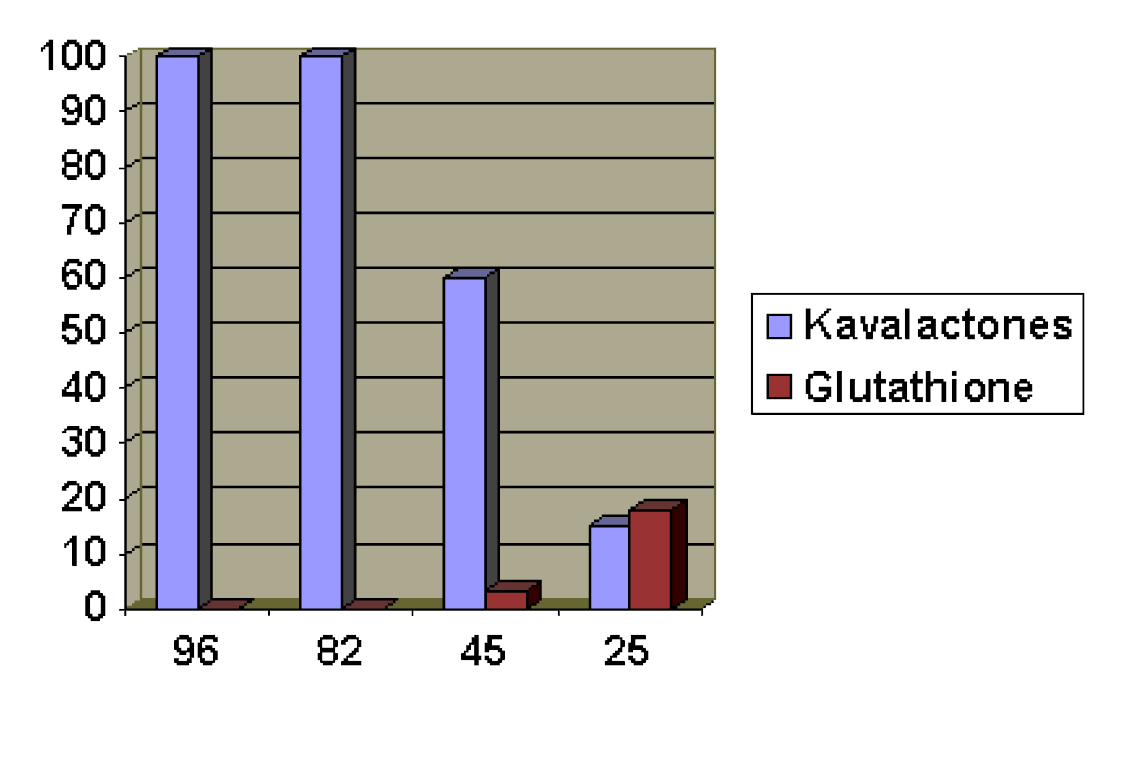 Table 2: Kava lactone /Glutathione ratios (results summarised from ten
samples of each type)
Kava lactone content Glutathione content Kava lactone /(expressed as extract powder(30% kavalactones) dissolvedin 25% ethanol82% ethanol extraction (1 partplant to 3 partssolvent)25% ethanol extraction (1 partplant to 1 partsolvent) Fig 1 Kava lactone & Glutathione extraction (expressed as a percentage of
dry extract) against ethanol percentage in solvent
Importance of Glutathione in Kava Extracts
Lactones may be hepatotoxic, if not mediated by glutathione and are usually metabolised in
the liver by enzymes called lactone hydrolases (Schmidt et al. 1999). It is likely that the
high concentration of lactones introduced by concentrated standardised extracts has the
potential to saturate the enzymatic detoxification pathways resulting in hepatotoxicity.
Glutathione has an essential role in the phase II conversion of lactones into excretable
waste products. Increased toxicity of the lactones may occur on glutathione depletion.
Glutathione is not soluble in ethanol concentrations above 50% (Merck Index). There has
been relevant work on a related group of compounds, sesquiterpene lactones. It has been
demonstrated that sesquiterpene lactones react with the sulphide group on the glutathione
molecule in a reversible pH dependent reaction (Schmidt et al. 1999). The binding of the
sesquiterpenes lactones to the glutathione molecule allows for faster clearance by the
lactone hydrolases present in the hepatocytes (Schmidt et al. 2001). It has been
demonstrated that glutathione prevents toxicity from other sesquiterpene lactones if
administered at the same time (Lautermann et al). It has also been documented thatglutathione has to be present at the time of ingestion of the kava in order to potentiate themetabolism of the lactones.
Glutathione is present in adequate amounts in most cells in the body but some individualscan have a deficiency linked with cytochrome P450 (Lomaestro BM, Malone M, 1995). Inthese cases, high doses of lactones will lead to rapid depletion in glutathione levels andresult in free lactone exposure in the hepatocytes and consequent tissue damage (Zheng etal). Glutathione supplementation has been shown to correct the deficiency (Kidd, 1997). Itis suggested that the glutathione molecule may not be absorbed intact but may be brokendown into its constituent amino acids and regenerated within the hepatocyte. It has beendemonstrated that glutathione prevents toxicity from other sesquiterpene lactones ifadministered at the same time (Lautermann et al).
Summary
Hepatotoxic lactones are normally metabolised by lactone hydrolases, which are enhanced
by the presence of glutathione.
Glutathione naturally occurs in kava, (Piper methysticum Forst.) in a 1:1 ratio with kava
lactones and is likely to reduce the likelihood of potential lactone toxicity. In contrast to the
traditional crude extract, standardised extracts contain no glutathione whilst containing up
to 30 times the kava lactone concentration.
It appears that the high kava lactone in standardised extracts depletes the reserves of
glutathione in the hepatocytes which could result in liver damage. It would therefore seem
prudent to limit the organic solvent level in the extraction of kava to 25% ethanol in order
to ensure the preservation of the hepato-protective effect of the glutathione. Tinctures
made with 25% ethanol would appear to be safe as a result of this synergistic effect of the
glutathione and kava lactones.
Conclusions
Traditional preparations have had many years of safe usage (Tyler, 1995)
and toxicity has only been reported in Europe with concentrated
standardised extracts (Escher, 2000).
This paper argues that there are significant differences between
concentrated extracts and those produced by traditional methods that
maintain a satisfactory ratio between glutathione and kava lactones. In
traditional extracts, ratios of at least 1:1 kava lactone: glutathione should
provide a safe product with hepato-protective action. It would appear that
glutathione has an important synergistic action in protecting the liver from
potential lactone toxicity.
This study suggests that standardised herbal extracts which do not contain
all components of the traditional plant extract may have a potential to
induce hepatotoxicity in susceptible people (e.g. those taking concomitant
orthodox medicines).
It is proposed that tinctures manufactured using a traditional cold-
maceration process (in 25% ethanol and 75% water) that more nearly
approximate to traditional water or coconut milk extracts, or raw plant
material are safe in normal subjects.
References
Barguil, Rapid responses, eBMJ, 21 March 2001
Schmidt et al., Bioorganic and Medicinal Chemistry Volume 7, Issue 9, December 1999,
2849-2855
Merck Index Monograph 4483,Twelfth Edition
Lomaestro B M, Malone M, Glutathione in health and disease: pharmacotherapeutic issues.
Annals Pharmacother, 1995 ;29:1263-1273
Bioorganic and Medicinal Chemistry, Volume 9, No 8, August 2001, 2189-2194
Kidd M D, Alternative Medicine Review, Volume 2, No 6, 1997
Tyler V E, Tyler’s Honest Herbal. 1995
Escher M, Desmeules J. BMJ, November 2000Whitton PA. Rapid Responses eBMJ, March 2001Zheng, J; Wurz, G T; Cadman, T B; Degregorio, M W; Jones, A D; Hammock,BD. Medlineabstract.
Lautermann, J; McLaren, J; Schacht, J Hearing Research,Volume 86, Issue 1-2June 1995, Pages 15-24