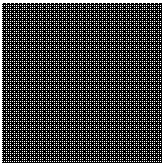 A national Galaxy poll released* today reveals the high value Australians place on
spontaneity in their sex lives, with 74 per cent of Aussie men saying it’s an ‘important part’ of
sex. More than half (55 per cent) of men aged 45-54 admit, however, that their ability to have
sex on impulse has declined ‘drastically’ or ‘noticeably’ since they reached their 30s.
The research coincides with the release in Australia of Cialis Once-A-Day®, the first in its
class of medication to offer continuous 24/7 coverage to men with erectile dysfunction (ED),
restoring their ability to respond to spontaneous opportunities for sex.
“The research shows the high importance of spontaneity in a satisfying sex life, but also
reveals that life’s pressures - including, for some couples, ED - have a definite impact on
Australians’ ability to enjoy spontaneous sex,” commented Brett McCann, Chief Executive
Officer of consumer support group, Impotence Australia.
“The arrival of Cialis Once-A-Day means that, for the first time ever, Australian men affected
by ED, especially those who anticipate having sex twice a week or more, will not have to plan
when and where they have sex,” he said. “The new treatment eliminates the need for men to
have sex within a set timeframe after taking a tablet.”
Aussie women also appreciate spontaneity in the bedroom, with 88 per cent saying they
prefer spontaneous sex over planned intimacy - good insight for men, since the survey
shows that taking advantage of unscheduled opportunities for sex increases their chances of
having sex. In fact, men with the ability to have spontaneous sex are twice as likely to report
having sex twice a week or more, compared to those whose ability to perform when the
mood strikes has declined in their 40s (39 per cent versus 19 per cent).
“The approval of Cialis Once-A-Day is exciting news for Australian men with ED, as the
continuous coverage may effectively restore their erectile function to what it was before they
developed ED,” said Associate Professor Doug Lording, endocrinologist and andrologist at
Melbourne’s Cabrini Hospital.
“This is an important new option for men with ED, because it separates the pill from the
pillow, which can give them back a more natural sexual experience with flow-on benefits to
their overall wellbeing,” Prof. Lording said. “ED can also be an outward sign of serious
underlying health problems, which is why any erection difficulties should be discussed with a
GP.”
In this survey, almost one in five Australian men aged 45-64 years acknowledge that erectile
dysfunction has an impact on their ability to have spontaneous sex.
“We know from the calls we receive that there is a group of men with ED for whom the loss of
spontaneity, which is a common casualty of the condition, is particularly distressing,” said
Brett McCann. “For these men, the addition of a new option with 24/7 coverage will be most
welcome as it will make them feel more like they did before they got the condition.”

Cialis Once-A-Day is the first PDE5 inhibitor to secure approval from the Therapeutic Goods
Administration for a once-daily dose. The new dosing indication supplements the existing
Cialis 10mg and 20 mg tablets, which provide up to 36 hours of coverage and are taken as
required (‘on-demand’) when men anticipate sexual activity.
Cialis Once-A-Day is most appropriate for men who anticipate sexual activity at least twice a
week and who have responded to the on-demand treatment regimeni. The cost of Cialis
Once-A-Day will be between A$165 and $190 for a packet of 28 pills (prices will vary from
pharmacy to pharmacy).
Men who are experiencing erectile dysfunction should visit their doctor or contact Impotence
Australia on ph: 1800 800 614.
Although the two regimens have not been compared in a head-to-head clinical trial, the
efficacy and safety of Cialis Once-A-Day appears similar to that of the existing Cialis product
(10mg and 20mg, taken as needed). The most frequently occurring side effects in Cialis
Once-A-Day were upset stomach, back pain, muscle ache, flushing and nasal congestion.
Nitrates and Cialis (tadalafil) must not be used concomitantly. Co-administration of tadalafil
with nitric oxide donors, organic nitrates or organic nitrites in any form either regularly or
intermittently is contraindicated i
ENDS
NOTE TO EDITORS: A full copy of the Cialis Once-A-Day Consumer Medicine Information (CMI) can
be downloaded from www.lilly.com.au/ela/prod/UserFiles/File/CIALIS_CMI.pdf or provided on request.
PBS Information: This product is not listed on the PBS.