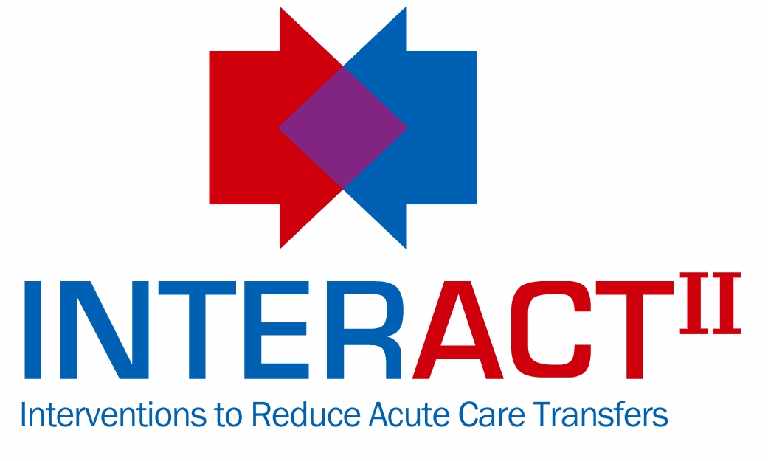 Case Study: Hospital Transfer
Jack Thompson is an 88 year old resident who came to live at the LTC facility two years ago, after the death of his wife of 50 years. He is generally alert and oriented and can make his immediate needs known. He is fiercely independent and described by some of the staff as “difficult.” Despite being forgetful and occasionally confused, Jack refuses to accept much help with ADLs from the staff. However, he does have a “favorite” CNA, Helena, and he will generally agree to medications, treatments or activities when she is on duty. Jack’s medical problems include congestive heart failure, with multiple hospitalizations for acute shortness of breath each year; atrial fibrillation, hypertension, chronic obstructive pulmonary disease, degenerative joint disease, falls, dizziness, insomnia and depression. His medications include: regularly-scheduled digoxin, furosemide, warfarin, metoprolol, albuterol MDI, and fluoxetine as well as trazodone as needed for sleep. One day, Helena comes in to work for 7-3, and Jack is still in bed (he is usually up at 6:00 am). When she goes to awaken him, he asks to stay in bed, because he is feeling “very tired.” It is very unusual for Jack to skip breakfast, the only meal he looks forward to. Helena wonders if something may be going on, and pulls an Early Warning Tool out of her pocket, completes the
The nurse agrees with Helena that Jack’s behavior is different from usual. The nurse decides to review his list of diagnoses, medications, and other orders. She notes that Jack has been hospitalized several times for CHF and exacerbations of COPD, noting that both of these conditions can present with respiratory difficulty. The nurse asks Helena to watch for any signs or symptoms of respiratory problems, such as shortness of breath, limited ability to ambulate usual distances or limited activity tolerance. It is now 1:00 pm. Helena comes to find the nurse, to report that Jack ate almost nothing at lunchtime, and drifted off, falling asleep during the meal. The nurse decides that an SBAR
Form and progress note would be helpful to complete before calling the MD, NP, or PA. She
takes the form out at the nurse’s station, and reviews the information needed in more detail. She asks Helena to help Jack into bed so that she can examine him. On exam, she finds that he has a temperature of 99.1, HR of 92, RR of 28, BP 90/60 and pulse ox of 89%. She listens to his lungs and finds crackles bilaterally, with scattered wheezes. She examines his legs and finds 2+ edema. She asks Helena, who reports that last week, he had virtually no edema. The nurse returns to the desk and reviews the information on the care path for congestive heart failure The nurse completes the information requested on the SBAR form and contacts the nurse practitioner. After discussing the case, the nurse practitioner orders a CXR, CBC, BMP, and O2 at 2 liters. She asks the nurse what advance directives are listed in the chart. The nurse says that there is an order for DNR, but nothing further. The nurse also comments, “the last few times we sent him out, he asked us not to go to the hospital again.”But no orders had been written The nurse practitioner asked the nurse if she would be comfortable having a brief discussion with Mr. Thompson, about returning to the hospital if his condition were to worsen. The nurse practitioner referenced the INTERACT Advance Directives communication guide and
suggested that some of the information might guide the nurse’s conversation. The nurse practitioner offered to follow up with Mr. Thompson in the morning, and document any new advance directives, such as “do not hospitalize.” The nurse stated that she would be comfortable having that discussion, since she knows the resident very well (after two years) and would keep the NP informed. The nurse reviewed the advance directives materials and went to Upon returning to the room, the nurse found Mr. Thompson to be in severe distress. His respiratory rate was now 40, and he was gasping for breath. He seemed very anxious and frightened. The nurse could not reassure him. She asked Helena to stay with the resident, and paged the NP back and informed her of the change in condition. The nurse practitioner had been trying to reach the resident’s daughter, his health care proxy; however she was not at home. Without a “Do not hospitalize” order in place, and being unable to stabilize the resident, the nurse and NP decided to transfer the resident to the ED. Because she had already completed the SBAR form, the nurse was able to quickly complete the Transfer Checklist and Resident Transfer
Form, copy a few essential documents (MAR, SBAR with reason for transfer, code status, list of
diagnoses) and send the resident to the ED with the essential paperwork. The nurse later called the ED, spoke with a physician, and asked if there was any other documentation that the ED needed to care for this resident. She also gave the ED physician a brief report on the resident’s baseline and change in status. She explained to the ED physician that the nursing facility had the capability to provide IV antibiotics, PO or IM furosemide, nebulizers, oxygen, and that the NP was onsite at least twice weekly. Later that evening the resident (now stable) was transferred back to the nursing home, on increased p.o. lasix, nebulizers Q4hr, Qshift vital signs, daily weights and follow up with the NP within 24 hours. The next day, the facility INTERACT Champion completed the Transfer Review Tool and
reviewed the case with all nursing staff on the unit. The NP spoke with the resident later that week, he elected “no further hospitalizations,” and the nursing home care plan was updated.